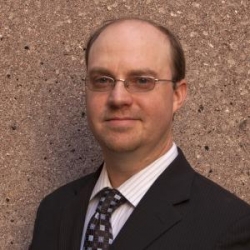 VW has pledged to remain neutral in the union election and, in an email to Working In These Times, denied having any ties to Patterson’s effort. There’s no way to directly fact-check whether VW is currently contributing money to Patterson's effort—Patterson is employed by Grover Norquist’s Americans for Tax Reform, which, as a 501(c)(4), doesn’t have to disclose its donors.

But now, Working in These Times has discovered a monetary connection between Volkswagen and Patterson. According to the Washington Post, Volkswagen America contributed $5,000 dollars to the annual Competitive Enterprise Institute (CEI) fundraising gala in June. At the time, Patterson was a senior fellow at the right-wing institute. He had already coauthored op-eds under his CEI byline in Forbes and the Chattanooga Times Free Press opposing the UAW campaign in Chattanooga. In July, following the gala, he stepped up his on-the-ground anti-UAW offensive as part of a CEI subproject called “Save Chattanooga,” appearing on local TV shows and at a Tea Party-affiliated forum in Chattanooga to lambaste the union's Volkswagen organizing campaign.

The Free Press op-ed, which CEI reprinted on its website and placed on flyers to distribute to Chattanooga residents, is stirring controversy over its pro-confederate rhetoric.

One hundred and fifty years ago an invading Union army was halted at Chattanooga by the Confederate Army of Tennessee under General Braxton Bragg. The Battle of Chickamauga was one of the bloodiest days of the entire Civil War, and a resounding defeat for the Northern forces. Today Southeastern Tennessee faces invasion from another union— an actual labor union, the United Auto Workers (UAW)....

No wonder Hamilton County Commissioner Tim Boyd warns that unionization “will be like a cancer on [Chattanooga’s] economic growth.” Indeed it would be, though perhaps an infection is a more apt metaphor, an infection borne by an invading union force from the North. One hundred and fifty years ago, the people of Tennessee routed such a force in the Battle of Chickamauga.

Let their descendants go now and do likewise.

Labor activists are calling upon Volkswagen to distance itself from the op-ed. Chattanooga native Chris Brooks, of the local community-labor group Chattanooga Organized for Action, was outraged by the comments and said that they were designed to divide workers in order to stop the union drive.

“I am beyond words furious and insulted that someone like Matt Patterson would come down here and use that kind of language literally just weeks prior to a neo-Confederate rally held up the road in Murfreesboro, Tennessee,” wrote Brooks in an email to Working In These Times.  “Not only that, but the organization that sponsored Patterson—the Chattanooga Tea Party—has just announced that it is launching a hate-based petition drive to keep the Chattanooga city government from enacting legislation that would provide domestic partner benefits to our gay and lesbian city employees. So it is clear that Patterson and the other corporate front groups coming into our city are aligning themselves with anti-worker and anti-equality organizations and are openly trying to capitalize on the South's vicious history of racism and homophobia to accomplish their goal of stopping local workers from organizing a union.”

Upon hearing that VW America had contributed money to the organization that employed Patterson when he wrote the pro-confederate op-ed, Brooks called upon VW to denounce the remarks. "I want to know what VW is going to do to hold accountable people who  use our history of racism to divide workers. How would Volkswagen feel if a U.S. corporation was going there and appealing to their Nazi history?”

Volkswagen Group of America spokesperson Carsten Krebs did not respond to a request for comment on this story.

After the previous Working In These Times article revealed that Patterson was seeking hundreds of thousands of dollars from Americans for Tax Reform and other anti-union groups to bankroll his anti-UAW project, UAW President Bob King said in a statement, “It is my hope, for the sake of the workers at the Volkswagen plant in Tennessee, that outside special interests won’t interfere with workers deciding for themselves the question of unionization.  This is a decision that should be solely left up to them.”

UPDATE: Volkswagen spokesperson Carson Krebs sent Working In These Times the following comment in response to this story:

We are not members of CEI. We didn’t support CEI for any specific action or any action against UAW. Our Governmental Affairs Department attended a dinner featuring Senator Rand Paul—so did Ford and the Auto Alliance.

We are also attending dinner [SIC] of other organizations in Washington D.C.—conservative and liberal. We are completely bipartisan in our approach.

As a general principle, Volkswagen supports the right of employees to representation at all its plants and is in favor of good cooperation with the trade union or unions represented at its plants. Volkswagen is currently working on an innovative model for the representation of employees’ interests which will be suitable for the USA. This model will be based on positive experience in Germany and other countries where the Volkswagen Group is active. A decision about representation ultimately lies in the hands of the employees

When asked by in a follow-up email if Volkswagen denounced the confederate rhetoric used in Patterson's op-ed, Krebs responded, "Come on ... for sure."

Full disclosure: The author’s mother is a former member of the UAW, and the UAW is a website sponsor of In These Times.