Told To Clock Their Hours, Some Illinois Professors Protest 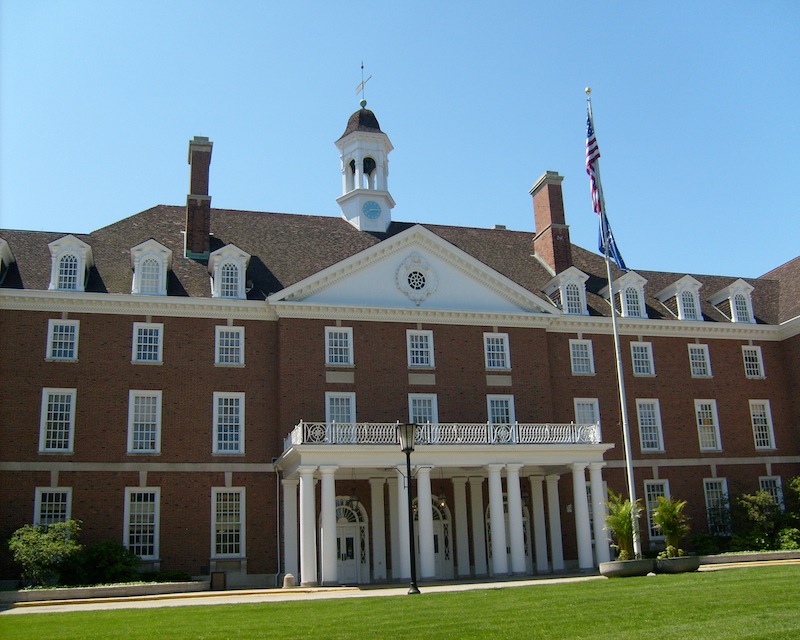 The majority of state universities in Illinois, including the University of Illinois-Urbana Champaign (pictured here), are now requiring professors to record all hours worked. (Ray Cunningham /Flickr / Creative Commons)

When Chris Poulos, an adjunct instructor at Northeastern Illinois University (NEIU), went to a local chapter meeting of the University Professionals of Illinois (UPI) union in late November, he was shocked by an item in the “good news” section of the agenda. All employees at NEIU—including professors of all ranks—will soon be required to fill out time sheets to report how many hours they work each day. “Everybody was like ‘What? How is this good news?’ ” recalls Poulos. “It doesn’t even seem innocuous. It seems like a really big loss for the faculty.”

No official date has been set for the policy to go into effect, the union says. But when it does, NEIU will join the majority of state universities in Illinois which require “positive time reporting” from professors—meaning they must record all work time, not just absences and other exceptions to their normal schedule.

Outside of the state, such time-keeping requirements are almost unheard of in the profession. When the administration at Kean University, a public university in New Jersey, tried to institute a positive time reporting policy in 2011, NJ.com reported, “Kean is believed to be one of the only universities in the nation to require full-time professors to account for every hour of their work day on a daily basis.”

At Kean, the policy was quickly deemed unworkable. According to James Castiglione, president of the faculty union at Kean, less than a year after professors started clocking their time, the administration put the policy “on hiatus.” He attributed the suspension to the burden it imposed on the professors as well as the administration. “Every week they were getting 300 forms and it was just piling up. They didn’t have the staff to compile, monitor, file and store it.”

In another controversial attempt to monitor professors’ work time, the City Colleges of Chicago board informed faculty in August that Harold Washington College, one of the seven city colleges, would begin tracking attendance this semester through biometric technology. Professors would have to scan their fingerprints each morning to prove they had come to campus. Though the system would only track faculty members’ attendance, not their hours, members of three different unions representing CCC employees published an editorial on the Academe blog saying they refused to be “subjected on a daily basis to a fingerprinting process that eerily evokes the processing of an arrestee.” The scanners were supposed to go into operation this semester, but with classes well underway they have yet to appear. Hector Reyes, one of the Harold Washington professors organizing against the policy, says that he believes the board has postponed the change indefinitely.

In mandating time-sheets, Illinois public universities are bowing to state law. In 2003, the Illinois General Assembly passed the State Officials and Employees Ethics Act (SOEEA), a piece of legislation that created many new ethics regulations: restricting state officials and employees’ political activities, exchange of gifts and use of unpaid advisers, among other things.

One of the less-noticed clauses said that all state employees, including university faculty, must “periodically submit time sheets documenting the time spent each day on official state business.”

Susan Garrett, former Illinois state senator and the chief sponsor of SOEEA, says that the inclusion of across-the-board time reporting was about “absolute record-keeping,” partially in response to the illegal practice of “ghost payrolling” in which a public employee collects a paycheck without actually showing up to work. (Former Gov. Rod Blagojevich, who would go on to sign the SOEEA during his first year as Illinois governor, was among the suspected “ghosts.” A federal probe into Chicago’s City Council in the late 1990s found that the rising politician collected $83,000 dollars on city payroll with no record of working.) Garrett says that the legislation was in no way intended to single out universities but was meant to produce “sweeping ethics reform. … We went to every single level of government and did as much as we could. The notion was to do as much as we can while we had the opportunity, instead of coming back year after year and adding to it.”

Garrett believes that requiring time reporting for salaried state employees is not unusual. “In the private sector,” she argues, “keeping track of one’s hours is part of a daily routine.” According to the Fair Labor Standards Act, an employer has the right to require a salaried employee to report their work time, but can only deduct pay based on full-day absences, not hours worked.

Nevertheless, universities rarely require professors to clock in and out of work, and compliance with SOEEA at the nine state universities in Illinois has not been enthusiastic. For years, none moved to comply, until the University of Illinois developed a “pilot program” in 2008 to test-run the new policy at Springfield, one of its three campuses. In January 2010, the policy officially went into effect. Following University of Illinois’ lead, Western Illinois University implemented positive time reporting in 2010, and Northern Illinois University followed suit in 2011. Around the same time, memos to faculty members from administration at Illinois State University and Chicago State University announced a change in time reporting policy. To date, there have been no publicly reported efforts to change time reporting policy at the remaining three state universities—Governors State, Eastern Illinois and Southern Illinois.

Audits released by the Illinois Auditor General between 2012 and 2013 cited every one of the nine state universities for failure to comply with the SOEEA. The audits found that in many cases, even at universities where positive time reporting is official policy, “employees classified as board members and faculty continue to generally track their time using a ‘negative’ timekeeping system whereby the employee is assumed to be working unless noted otherwise.”

Although a 2005 decision by Illinois Attorney General Lisa Madigan argued that community college faculty are to be held accountable to the ethics act, there is no evidence that Illinois’ 48 community colleges intend to change their time reporting policy.

At most of the Illinois universities where timekeeping has been implemented, formal faculty resistance has been minimal. But when administration at Chicago State University (CSU) assented to the law in January 2013, the CSU chapter of UPI made an effort to organize against it. A letter from the CSU/UPI Chapter President Laurie Walter to the union’s members reported that “the university administration has ignored our demand to bargain their proposed change” and she urged members to file their time sheets under protest.

As for NEIU, where time reporting has just come down the pike a full decade after SOEEA took effect, Sophia Mihic, UPI/NEIU chapter president, says that until now, the administration had “protected” the professors from the law, but that the union has been preparing for the implementation for some time. “The union accepts that the university must ultimately be in compliance with this law,” wrote Mihic in an email, “and appreciates the administration waiting as long as they have to implement [it].”

Though her union chapter is not opposing the change, Mihic has qualms: “I see it as a part of the mistrust of teachers—at all levels—and the attempt to paint us as unworthy of treatment as salaried professionals.” She believes that the task of reporting time is “busy work” and is being pushed on professors “so an incompetent state legislature can feel like it’s doing something.”

Erick Howenstine, chair of the geography and environmental studies department at NEIU, has mixed feelings about the policy. “In principle the recording of hours sounds like a reasonable requirement, however there are some problems as well,” he wrote in an email. Howenstine cites the fact that he averages nine hours of work daily—considerably more than the 7.5 hours required by university policy, and so “calculating my daily hours seems like a waste of my time, and frankly, it’s a little demoralizing.”

The hours that Howenstine keeps are consistent with national data. A 2004 survey conducted by the US Department of Education found that professors at four-year institutions work over 54 hours a week on average.

“Don’t get me wrong,” Howenstine clarifies, “I do believe in accountability, but I doubt whether requiring time sheets from faculty members, who often do their best work in home offices, will be helpful. Working in academia is never 9 to 5; it’s very self-directed and often quite consuming. Using good measures of productivity would be much better, I think.”

At Northern Illinois University, where positive time reporting has been in effect for three years now (at least nominally), the use of time sheets as oversight “is based on the honor system,” according to ethics officer James Guagliardo. He says that if a professor reports a full day’s work but “someone sees them out at the racetrack, you know, we could call them on it.”

Garrett argues that time reporting is “a simple thing to do but it adds a lot of accountability.” But some professors believe it is the opposite. Harry White, former NEIU professor says that “since the majority of our work ... occurs without supervision ... there is no way any reports of work time can be verified. The reporting will amount to useless accounting work.”

At Illinois State University, faculty submit their hours using an online time sheet that is “pre-populated” with 7.5-hour workdays so that, in effect, they are required only to report changes to this schedule. Chris Poulos fears that if the policy coming to NEIU incentivizes inaccurate reporting, it could contradict the faculty’s true work hours and could be used against faculty in the long run. “It’s a wedge,” he says. “When the administration wants to crack down, they will.” Fellow NEIU professor Andreas Savas Kourvetaris echoes this concern that unreasonable oversight could contribute to what he sees as a shift toward a “corporate model” in higher education. He says that he has been given very little information about the policy change, and he has questions about how it will affect the future of NEIU:

Will time sheets spawn a new layer of bureaucratic red tape that funnels more and more resources to administration rather than to student services or teaching or research? ... Will time reporting be used to ignore or justify the stark salary inequalities among faculty at NEIU and across other state universities? Will time reporting further force faculty, especially non-tenure stream faculty, to be quiescent? Is time reporting another, ongoing attempt to box university culture into the neo-liberal, corporate model that has been accepted as normative in higher education?