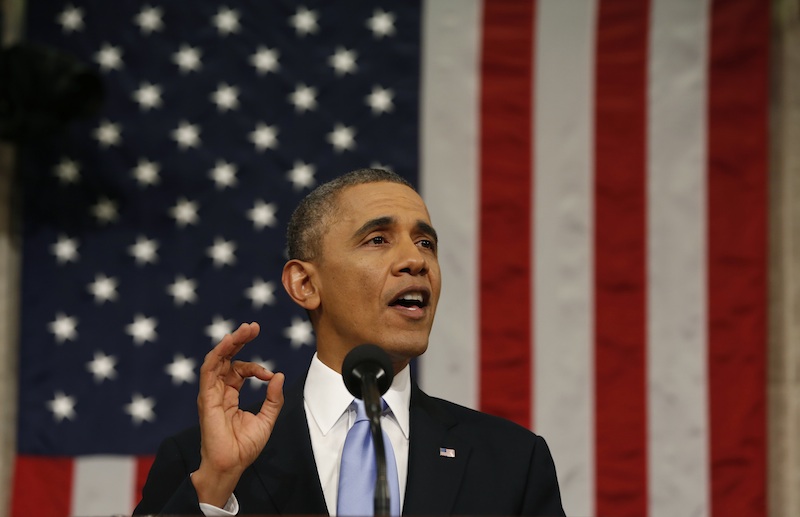 In his State of the Union address on Tuesday, President Obama announced that he would issue an executive order raising the minimum wage to $10.10 for workers employed on federal contracts. The order has yet to be issued, so it’s unclear exactly how many and what type of workers will be covered. However, one group is already slated for exclusion: workers in a special government contracting program for people with disabilities.

Ari Ne’eman, president of the Autistic Self Advocacy Network, says that disability advocates were informed on a conference call Wednesday with Vice President Joe Biden and Secretary of Labor Thomas Perez that Obama’s executive order will not apply to federal contractors that use “14(c) programs”—in which workers with disabilities are paid subminimum wages.

Under the 14(c) exemption in the Fair Labor Standards Act, workers with disabilities are excluded from minimum-wage protections if they are employed in certified training programs. Though there is no official government data on the size of these programs, the National Council on Disabilities estimates that the federal government employs thousands of workers under 14(c). Nationwide, approximately 420,000 disabled Americans are employed in 14(c) programs coordinated through federal, state and local governments, and legally paid below the minimum, with some only making pennies per hour.

As Working In These Times reported last March, deep divisions remain within the disability community and even among top Congressional Democrats over whether disabled workers employed in 14(c) programs should be paid below the minimum wage. Some disability advocates—led by ACCSES, which represents employers of disabled workers under the 14(c) programs—claim that these programs provide valuable training to help transition people with disabilities into jobs, and that a minimum wage requirement would make that mission impossible.

Other advocates, however, say that the programs don’t provide meaningful training and rarely lead to outside jobs.  A 2001 study by the federal General Accountability Office (GAO) found that only 5 percent of workers employed in 14(c)-sheltered workplace programs left to take regular “integrated employment” jobs. These critics say the programs contribute to the well-documented cycle of poverty for those with disabilities: According to the Bureau of Labor Statistics, a person with a disability is three times as likely to live in poverty as a person without a disability.

On Thursday, the National Council on Disability (NCD), an independent federal advisory board, issued a statement on Thursday afternoon blasting the Obama administration’s decision to exempt workers with disabilities from the minimum-wage increase.

According to the National Council on Disability’s statement, “NCD believes that the Section 14(c) program is a policy relic from the 1930s, when discrimination was inevitable because service systems were based on a charity model, rather than empowerment and self-determination, and when societal low expectations for people with disabilities colored policymaking … If the administration agrees with this principle and wants to stamp out income inequality for all Americans, including Americans with disabilities, we urge you to reconsider what was shared on yesterday’s White House conference call and explicitly state in the Executive Order that the increase in the minimum wage for employees of federal contractors applies to all employees of federal contractors, including thousands of Americans with disabilities who are currently being paid less than minimum wage under the Section 14(c) program.”

The White House did not respond to a request for comment. According to Ne’eman of the Autistic Self Advocacy Network, officials told him on Wednesday’s conference that the Obama administration believes it doesn’t have the authority to raise the wages of 14(c) workers.

The Autistic Self Advocacy Network disputes this claim. In a legal memo put out Thursday, it concludes that “payment of subminimum wages to contract and sub-contract workers with disabilities is not required by statute [but] is left to the direction of the Department of Labor…As a result, to the extent that the president enjoys the authority to direct executive agencies to set a minimum wage for workers on all federal contracts, he may also direct those agencies to eliminate subminimum wage payment of contract workers with disabilities.”