Hairstylist: ‘It’s Like Being on a First Date All the Time’ 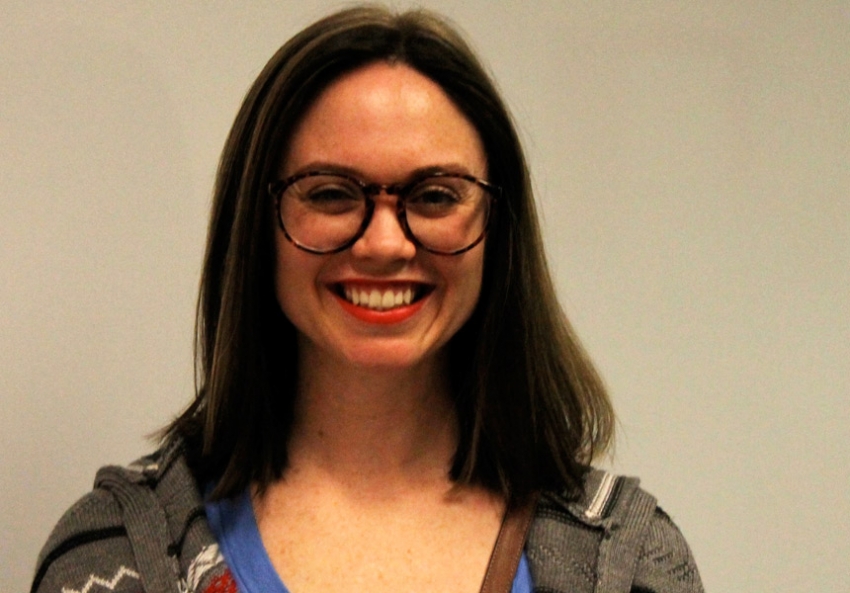 When Lynnae Duley first started out as a hairstylist, she says, she would have 'emotional reactions to people's hair' in public. (Matthew Blake)

The hairstylists Studs Terkel interviewed, a couple named Edward and Hazel Zimmer, charged $15 a customer at their suburban salon outside of a major city. They worried that automated technology, such as at-home perms, would make it harder for salons to stay afloat. Today, however, Lynnae Duley, who has been a hairstylist  for practically her entire adult life, is able to do clients’ hair for $85 a pop at the Anthony Cristiano salon in Chicago’s Trump Tower.

How long have you been a hairstylist?

Thirteen years. I’m 32 now, and I started going to beauty school half-time during my senior year of high school in Mesa, Arizona.

I think I got really lucky. Because the beauty school there was like a trade school for high school students—there were also schools for air conditioner repairmen and auto mechanics—it was free. I work in a luxury salon downtown, and most of the people that I work with have all gone to top beauty schools. They cost $30,000 a year, or something like that.

How often do you work?

I’m working 45 hours a week: nine hours a day from Tuesday through Saturday.  I have the same schedule every week, but I don’t think that’s super typical of hairstylists. The salons I’ve worked in, which were more high-end, really aren’t as flexible about coming in late if you don’t have clients in the morning or leaving early if you don’t have clients in the afternoon. I think most salons are a little less structured.

It’s kind of a bummer when you’re just sitting around doing nothing, but it’s part of being available, and it’s necessary if you want to really build a clientele. Appearance is huge for us. We have to know what’s in style, and we have to know what’s going to be in style.

A lot of our work is also dependent on our personality. I have to be able to talk easily with people. It’s like being on a first date all the time. Sometimes I have to just grin and bear it with people who I don’t like.

But it’s social, which I really like. I have a really unique relationship with my clients. I know if a client is going to ask his wife to marry him. I’m usually one of the only people he tells. I’ll be the first one to know maybe if a woman tells me she’s pregnant or getting divorced or cheating—things like that.

And I really love what I do. I get to work with my hands. It’s three-dimensional artwork. I don’t take it home. It’s done in an hour, each project.

Do you sometimes become friends with your clients?

A little bit. There’s some dabbling of friendship outside the salon, but not very closely. It can be weird when it has crossed over: I just got invited to another client’s wedding, and I get invited to baby showers and birthday parties all the time. I’ve been in a lot of people’s lives for a long time. I have no idea how many wedding pictures I’m in.

Are the clients usually respectful?

Yes, very much so. The clientele who come into this salon are really good and decent people. I get asked a lot if I deal with crazy clients or if this money comes with high demands, high expectations or high maintenance. I think I have a lot of clients who certainly know what they want and are very specific. But it’s really not a problem. It’s something that I have to be able to work with and I’m happy to.

How do you talk about your job with family and friends?

It depends on who it is. When I talk to my family about it, it will usually turn into talking about their own hair—like what’s working for them and what isn’t. Then I ask them questions about it.

I’ve always made it a personal rule not to complain about my job, because I’m lucky to have it and I love it. It’s a waste of time, anyway, to complain about something like that. I almost think it’s like an energy thing: The attitude you put out comes back.

When I first started doing hair, I would be almost obsessive about it. I would have emotional reactions to people’s hair. It was really great or really terrible, and I’d think, “If only I could get my hands on that.”

Now, when I see people’s hair on the train or in public, I almost tend to observe it more than have a reaction to it, if that makes sense. I can certainly see technical skill, whether it’s involved or lacking. I can usually find inspiration in anything, even if it’s a really terrible hairstyle.

A lot of hair appearance is attached to how a person cares for him- or herself. When I was a kid, we always had nice hair. My mom was cutting our hair and her own hair because she couldn’t afford it. But our hair was always clean and well-sstyled, and we had bows and braids. There’s some pride in how you put yourself together, and I think maybe I learned that as a young age.

There’s an element in how you want to present yourself to the world that’s shown through hair. I think I can see that even in myself over the years—my personal style has changed, and my hair is very reflective of that. So I notice that and see it in other people.