Receptionist: ‘It’s Basically Just a Job That I Do During the Day’ 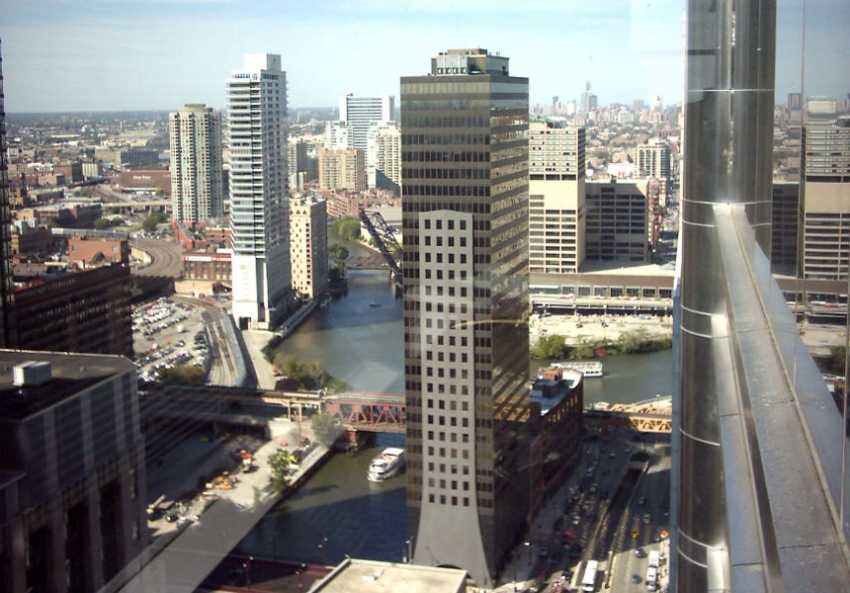 Jamie Burns, who works as a receptionist in Chicago, says she passed up a promotion to have more time to write and perform comedy. (z_dead / Flickr / Creative Commons)

In one of his interviews, Terkel spoke with Sharon Atkins, a receptionist at major business in the Midwest. She hated her job.“Until recently I’d cry in the morning,” she admitted. “There never seemed to be any end to it. Why am I doing this?”

Forty years later, the duties of a receptionist—answering phones, managing office supplies, scheduling meetings, and other tasks—remain largely unchanged. Yet when In These Times contributor Amien Essif spoke with Jamie Burns, a receptionist at the Chicago headquarters of a large automotive company, she didn’t have many complaints. Maybe that’s because she has a light at the end of the tunnel: comedy. For Burns, “It's basically just a job that I do during the day. ... The dream is to one day make money from comedy.” A minor success on YouTube for her Drew Barrymore impression, she plans to “rough it as a comedian” pretty soon and leave her front desk behind. This interview has been abridged and edited.

I'm from Florida and I moved here two years ago to pursue comedy. So I had to have a full-time job during the day in order to pay bills. Basically, in order to do what I loved during the night. And I got my job through a temp agency.

It's pretty fast-paced at points. I mean, I started as a receptionist and then transitioned into administrative assistant-slash-receptionist. So I have somebody that covers from 9 a.m. to 1 p.m. to help me out, but then the rest of the day I do various tasks. Sometimes the flow is slow and then other times I'm slammed with a bunch of projects or administrative duties. So I have my hand in quite a few things at the office, ‘cause not only am I doing my responsibilities, but I'm also helping other people in other departments.

If I’m completely honest, I enjoy the people at my job, and I enjoy the vision of the company and how they treat their employees. But most of the time I'm not exactly satisfied, because comedy is what I truly want to do. I don't know if I'm too excited about filing, that's probably not my most favorite part of the day.

And I feel like sometimes there’s a sense of entitlement here, too. I don't quite understand these people, so it gets a little frustrating to deal with everything, and there are times when I get stressed out and I'd like to just quit and try to rough it as a comedian.

What do you mean by “a sense of entitlement”?

It's just, like, hard to handle. I'll try to give an example. Someone came to me regarding the frequency of the elevators and had me contact Facilities to have them speed up the elevators. Or just little things that people think they need, and when they don’t get it, they become very agitated. They’ll say, “Our specific location needs a dishwasher.” Or there’s always an ongoing debate about the office temperature: “It's too cold, it's too hot.” They’re infuriated by these things that don’t necessarily bother me, but they have to have them a certain way. So it's just a weird world to me sometimes.

Does that make its way into your comedy?

I don't want to say “necessarily.” I mean I'm sure that that whole job experience influences my work, and I've definitely pulled some characters from the workplace into sketches or my work. I’ll use a specific person in, like, an improv scene. And I've definitely talked about these people outside of work in the comedy world.

But there are also parts of the job that I like. I enjoy when I get to get up and walk around. When I go stock office supplies, I can talk to people during that whole process, and just greet people and see how they're doing. And then I like the time in the afternoon, when it’s quieter and I can just keep to myself and work on projects.

I got asked to consider becoming a legal “admin,” which would have meant an increase in pay, but I didn't pursue that because I'm at the point where I’m either going to go down the comfortable office-job road or I’m going to pursue comedy. I knew that if I took on the new role, it would come home with me and I'd have to devote more of my time to it. And I just couldn't do it.

Actually, last week I had a meeting with an agent. I'm going to sign with him next week, and I'm going to try to keep my full-time job and go on auditions. But I'm kind of at a place where I might have to quit and go part-time. So I'm kind of at a crossroads right now in my life, where I need to figure out how to balance everything. But it will come to a point where I will have to leave and pursue comedy full time. And I'm guessing that will probably be once I start picking up more auditions with this agency. So I would probably give it maybe six months or so.