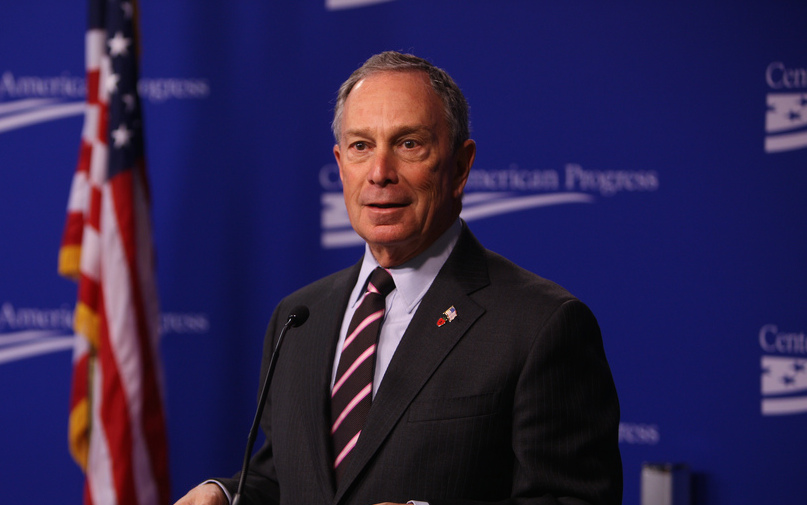 New campaign finance reports filed in Minnesota show that the 2014 Minneapolis school board election is being buoyed by a tremendous amount of outside money, including a $100,000 contribution from former New York City mayor Michael Bloomberg.

Bloomberg’s money went to a group that calls itself the Minneapolis Progressive Education Fund. This fund also benefited from a $90,000 influx of cash from California billionaire and venture capitalist Arthur Rock, and another $25,000 from Connecticut businessman Jonathan Sackler, a trustee of the Achievement First charter school chain.

A campaign finance report filed by the Fund this week shows that between July 30 and October 21, it raised $228,300 and spent $146,860 on such things as phone banking, strategy and campaign literature, including $8,500 for social media and website resources. In total, the group has spent more than $286,000 on the race this year.

One of the Fund’s recent mailers says that Gagnon is “Good For Big Donors” and therefore “Bad For Our School Board.” Gagnon’s personal campaign finance reports show that she has raised a little more than $12,000, putting her well behind fundraising frontrunners Samuels and Altamirano, who have raised more than $65,000 and $41,000, respectively. The fourth at-large candidate, Ira Jourdain, has raised just over $3,000.

The Fund is chaired by Minneapolis resident Daniel Sellers, who also serves as executive director of both the local education reform advocacy group MinnCAN and the Minnesota chapter of its 501c4 advocacy arm, 50CAN Action Fund, which is also campaigning for Samuels. While some might question why out-of-state billionaires like Bloomberg and Rock would throw their money into the Minneapolis school board race, Sellers tells In These Times that he considers their investments nothing more than an indication of their support for the city and for the Minneapolis Progressive Education Fund’s desire to raise awareness about the election.

Sellers says that Bloomberg, Rock and the other donors gave no indication of which candidates the Fund should support, and that the Fund has no agenda at this point beyond getting Samuels and Altamirano elected. When asked why the Fund had chosen to support these two candidates, Sellers told In These Times it was because of the their commitment to “equity and excellence” and “transparency of district leadership.”

Bloomberg is the eighth-richest person in the United States and has a track record of using his money to influence local elections. In Los Angeles in 2013, for example, Bloomberg gave $1 million to a group called the Coalition for School Reform, which backed a “reform-minded” slate of school board candidates who supported the agenda of then-Superintendent John Deasy. Deasy has since resigned from his position, after a scandal over an inside deal with education software giant Pearson.

Bloomberg is a well-known proponent of charter schools. As mayor of New York, he supported providing privately run charters with free rent. Public funding for charter schools “exploded from $32 million to $659 million” during his first ten years in office, according to the New York Daily News.

Arthur Rock, too, is a noted donor to local school board elections and, like Bloomberg, supports charter schools. Rock is an investor in the Rocketship charter school chain, which has been criticized for its large class sizes, computer-based instruction, and use of non-salaried aides rather than traditional classroom teachers. (Journalist David Bacon detailed these criticisms in an October 17 article for Rethinking Schools.)

Jonathan Sackler, who gave $25,000 to the Minneapolis Progressive Education Fund, is a "venture philanthropist" and a prominent supporter of, and investor in, charter schools—including the Achievement First chain of charter schools, which he helped start. Sackler recently gave $25,000 to the Rhode Island chapter of the 50CAN Action Fund to help support a Providence mayoral candidate who previously served on the board of Achievement First. According to a Rhode Island news report, the other candidate in the race, Buddy Cianci, “opposes charter schools.”

The stakes in Minneapolis

What do investors like Bloomberg, Rock and Sackler stand to gain by pouring money into the Minneapolis school board race? While national charter school chains such as Rocketship do not operate here, the city’s school district recently entered into the state’s first-ever “district-charter compact” with local charter school chain Hiawatha Leadership Academies. This compact was borne out of a 2010 District-Charter Collaboration Compact signed by Minneapolis Public School administrators, local politicians and charter school operators. In the future, Minneapolis Public Schools spokesperson Myrle Croasdale tells In These Times, the district is “open to developing partnerships with outside stakeholders.” Perhaps this willingness helps to explain how the Minneapolis Progressive Education Fund has attracted such big-dollar outside support for school board candidates.

Samuels and Altamirano have sought to distance themselves from the Fund in recent days, and both said via email that they have disavowed negative campaigning. Samuels also said he has “no involvement with the Minneapolis Progressive Education Fund.” The two candidates declined to comment further on the Fund and the hundreds of thousands of dollars it has spent backing them.

Sarah Lahm’s reporting on the Minneapolis school system is supported by the Nation Institute Investigative Fund, with support from the Puffin Foundation.