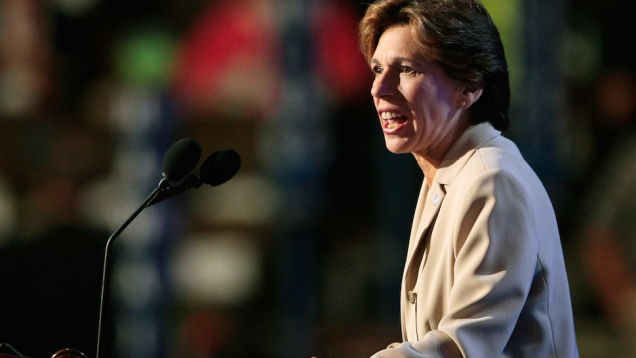 In the wake of Rolling Stone's statement that it could not stand by the veracity of its bombshell piece detailing an alleged gang rape at the University of Virginia, anti-sexual assault activists around the country performed a collective facepalm. By failing to properly fact-check the anonymous victim's account and then walking back the story, the magazine had practically invited the slimiest corners of the Right to engage in victim-blaming, slut-shaming and all-around vicious misogyny.

It's a moment when feminist allies need to speak out on behalf of women's rights and loudly insist that sexual violence is an epidemic that has to be taken seriously. In the past, however, unions often have not been willing to speak out about sexual assault—even those that have otherwise attempted to carry out a broad progressive agenda, or those with large female memberships.

So it was a welcome surprise to see American Federation of Teachers (AFT) president Randi Weingarten strongly weighing in on the issue in Jezebel yesterday, explaining little-covered efforts by her union to fight sexual assault on college campuses—and detailing her own experience with sexual assault:

It was just after my junior year in college. I had an internship in labor relations at an automobile plant in Warren, Ohio. A New Yorker from birth, I was out of my element. I tried to find community to anchor my summer in Warren. I did what was familiar: I went to shul. One family invited me over for Shabbat dinner. Dutifully and hopefully, I went. They also invited a young man. He was nice enough. So, when this "nice Jewish guy" invited me for dinner, I said, "Sure."

A few days later, I went to his apartment. And that's where it happened. He tried to rape me. I managed to get out after a struggle, but the emotional scarring was deep.

She goes on to recall how the assault stayed with her for decades, and why she never spoke about it publicly:

I carried it with me for years and years. The shame and the fear faded but never erased completely as I graduated from college and law school, then became a lawyer, a teacher and a union leader.

In recent years, the AFT has often been a strongly progressive union on social issues, and backing a national sexual assault bill seems to fit in with the AFL-CIO's recent commitments to be a part of a broader progressive movement that includes the feminist movement. But rarely do such commitments come with public declarations of such deeply personal stories as Weingarten's. If more union leaders like her can take her lead to speak up about the epidemic of sexual assault around the country, and can commit to pushing for those commitments at the rank-and-file level, the movement against sexual assault would be much the better for it.