How 13 Complaints Against McDonald’s Could Help Millions Unionize 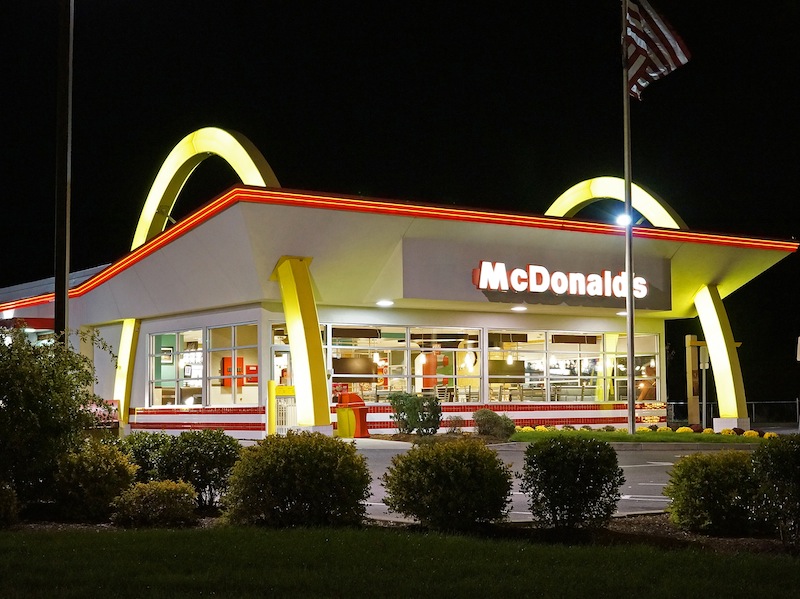 The NLRB says that McDonald's is a 'joint employer' with its franchisees, opening the door for viable unionization drives in the entire franchise sector.   Wikimedia Commons

The law is catching up with Ronald McDonald.

On Friday, the National Labor Relations Board issued 13 complaints involving 78 charges by workers that McDonald’s USA, LLC, and many of its franchisees broke the law by interfering with collective efforts to organize and improve working conditions.

The complaints will now go to trial before administrative law judges , who could, for the first time, find McDonald’s guilty of violating workers’ right to organize. Until now, McDonald’s has shielded itself from liability by claiming that it’s not an actual employer. Franchisors argue that although they provide the brand name, products, techniques and other operational necessities, they leave franchisees the discretion to operate as sole employer, responsible for all labor costs, risks and obligations.

What’s so significant about the NLRB’s complaints is that the board defines McDonald’s as a joint employer with its franchisees—and thus sharing responsibility.

That marks a huge victory for the Service Employees International Union (SEIU ), which for two years has funded and helped organize a campaign by fast-food and other retail workers to win $15 an hour and the right to unionize—a movement often known as the Fight for 15, though it has different names in different cities. SEIU helped workers file 291 charges that McDonald’s and franchisees retaliated against workers for participating in Fight for 15 strikes and protests. On Friday the board announced it had found merit in 86 charges that McDonald’s had discriminated against workers engaged in collective action by disciplining them, reducing their hours, discharging them unfairly, threatening them, placing them under surveillance and interrogating them. NLRB investigators resolved a few of the case this fall, filed complaints about 78 of the meritorious charges, and are still looking into 71 more.

It was long unclear whether the SEIU’s investment in Fight for 15 would allow it to formally unionize the sector, whose division into thousands of franchises made organizing a Herculean task. As the New York Times’ Steven Greenhouse  wrote in July, when the NLRB general counsel first indicated that it was moving in the direction of declaring McDonald’s a joint employer, the definition “open[s] the door for the SEIU to try to unionize not just three or five McDonald’s at a time, but dozens and perhaps hundreds.”

In total, the joint employer definition could ease the way to unionization for more than 8 million workers in the franchise workforce.

Kendall Fells, organizing director of Fast Food Forward, the New York City branch of the Fight for 15 movement , says that the NLRB decision “underscores what most everyone recognizes as common sense: McDonald’s is the employer and responsible for what goes on at its restaurants. McDonald’s exerts such extreme control over franchises that to all extents, McDonald’s is the boss.” McDonald’s squeezes the franchisee so much that in order to make a modest profit and abide by corporate rules for employees, the franchisee must go to extreme lengths to hold down wages.

The result, says Fells, are wages so low that taxpayers effectively subsidize McDonald’s with at least $7 billion a year in public assistance for its workers. McDonald’s and franchise industry representatives have responded to Friday’s legal complaints by saying that the NLRB position on joint employers will destroy the industry. It’s likely McDonald’s will appeal the decision.

But Catherine Ruckelshaus, general counsel of the National Employment Law Project, a research and advocacy project on workers’ rights, says that the franchise relationship is no different from any other contract. “Like any contract, the franchisor needs to pay attention to whether the other party is abiding by the law, and it’s obviously important for the franchisor to feel the pressure that they’re responsible. This standard has been in place for decades, but except for minor cases, this is the first time it’s been applied in the franchising context.” If other companies must ensure that their contractual partners are abiding by the law, why can’t McDonald’s?

Catherine Fisk, professor of law at the University of California-Irvine School of Law, notes that there are limits to the impact of the NLRB determination that McDonald’s is a joint employer. The NLRB enforces the National Labor Relations Act, which primarily protects the rights of workers to organize and act collectively; its definitions do not apply to enforcement of wage and hour laws, occupational safety and health, state labor laws and other federal employment laws.

However, the right to collective action is the first and most basic labor right, which allows workers to take power into their own hands to hold  employers accountable, and there are hopeful signs that the NLRB may further expand the definition of joint employer. In a case involving the waste disposal company Browning-Ferris Industries and a subcontractor , the NLRB is considering moving back to a broader, more inclusive definition of “joint employer” that prevailed until 1984 , when an NLRB  with a majority made up of Ronald Reagan’s appointments significantly narrowed the definition . The earlier definition made a company a joint employer, for example, if it exercised or had  potential to exercise indirect control of conditions of employment, or if “industrial realities” required it to be included for meaningful collective bargaining . The NLRB could go even further and open up the status of “joint employer” to be determined by something like “the totality of circumstances.”

This kind of expansion could affect millions more workers in other “fissured workplaces ,” a term coined by economist and now U.S. Department of Labor official David Weil  to describe arrangements where big corporations like McDonald’s “have it all”—exercising control over wages and working conditions while evading responsibility. Other “fissured” relationships included the misclassification of workers as independent contractors and the use of subcontractors to manage workers.

For example, the day before the NLRB announced its actions against McDonald’s, the Warehouse Worker Resource Center announced that workers at the Port of Los Angeles and Long Beach had filed a class action law suit against California Cartage Company, two identified staffing agencies and any others involved for stealing millions of dollars from over 500 warehouse workers . Cal Cartage is the deep-pocketed firm that pretends not to be the employer of the workers in its warehouses, who are hired and managed by staffing agencies, just as it pretends that the roughly 1,000 port truck drivers  who work exclusively for Cal Cartage are not employees but “independent contractors,”  ineligible for many of the protections and benefits of employees (like workers’ compensation or Social Security). The suit maintains that Cal Cartage engages in many of the typical ways of shorting workers’ pay, such as requiring people to report for work even when they were not likely to be needed, requiring people to participate in training without pay, or automatically rounding down time of work to be paid .

Most seriously, the warehouse is located on city land, meaning employees must be paid rates set by the Los Angeles Living Wage Ordinance ($12.28 per hour without health benefits, or $11.03 per hour with health benefits equivalent to at least $1.25 per hour). Each worker is also entitled to 12 paid days off. Cal Cartage workers reportedly received none of these legally required pay and benefits.  If the lawsuit had been brought against only the staffing agencies, however, it is less likely that these marginal companies would have been able to pay the back wages and disgorged profits, as the lawsuit now demands of all joint employers, including Cal Cartage.

One warehouse worker plaintiff in the suit explains to In These Times through a translator that he often faces a choice at the end of the month: Which bills do I pay? Do I skip bills and hope that costs will go down next month, or take out a high interest loan and bet that I will make enough to pay it off? Now, if he begins to receive the legally required living wage, plus compensation for the years of underpayment,, he hopes that he can simply pay his bills each month. It doesn’t seem like much to ask.

What else would he like at work? Respect, he said. That may take more time, and a union, and more. But the NLRB setting the precedent of “joint employer” in the case of McDonald’s and potentially broadening it with the case of Browning-Ferris could be important steps towards closing loopholes that employers have used to weaken and impoverish millions of workers.