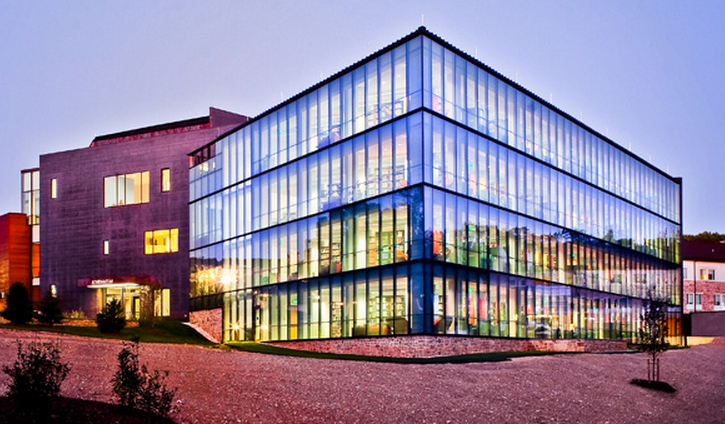 Part-time faculty members at Maryland’s Goucher College say they are on the threshold of winning formal union representation, marking another step forward in an organizing campaign spread across multiple campuses in the Baltimore-Washington, D.C., area.

If Goucher adjuncts win, their victory will be among several won last year by Gaithersburg, Maryland-based Service Employees International Union (SEIU) Local 500, which activists say is successfully harnessing the pent-up demand for labor reforms in the academic sector.

The campaign at Goucher, a small liberal arts school in Towson, Maryland, is not quite finished, however, as lawyers for the college and Local 500 argue over challenged ballots in an unusually close election completed in early December. The tentative count in the National Labor Relations Board (NLRB)-supervised election produced a tie, with 33 adjuncts voting in favor of the new Goucher Faculty Union and 33 against, according to Maureen Winter, one of the instructors who helped organize the group.

But that 33-33 count is misleading because the legal challenges against most pro-union votes are spurious, Winter contends, and there is every indication that the union will prevail when the NLRB makes a ruling on the challenged ballots in the coming weeks. Nine ballots—all of them pro-union votes—were challenged by the lawyers for Goucher, she explains, even though all nine of the voters were specifically named as eligible in a pre-election agreement between Goucher and the union.

Most were very active in the organizing campaign, so the union believes there is a very high probability that these votes will ultimately be counted, and provide the margin of victory, Winter says. What’s more, the union has challenged three ballots by faculty members “who were either not working or tenured and therefore ineligible” to vote in the election.

“We’ve actually already had our [victory] celebration. … We’re pretty sure we’ve got it,” Winter says.

Agreeing with Winter about the ultimate victory once the legal issues are cleared away is David Rodich, Executive Director of SEIU Local 500. “We recognize it [the ballot challenges] for what it is—a delaying tactic." Rodich says he is “confident” of the election victory “and that we’ll have a positive relationship with Goucher” in negotiating a first collective bargaining agreement in 2015.

Rodich’s confidence may be boosted by a year of extraordinary success in organizing part-time faculty in the Baltimore-D.C. area. In April 2014, the adjuncts at Baltimore’s Maryland Institute College of Art (MICA) voted overwhelmingly to be represented by Local 500. Shortly thereafter, a Local 500 victory was confirmed at D.C.’s Howard University, the country’s most prominent historically black university. At nearly the same time that the Goucher election was getting under way, part-time faculty at University of District of Columbia also voted for union representation.

Rodich says the explosive energy in the union’s college campus campaigns is coming from the part-time faculty members themselves, who are galvanized by an academic workplace far less friendly than they had anticipated when they were earning their advanced degrees. Low wages, chronic job insecurity, and lack of health insurance coverage are common complaints, he says, but the overriding demand from the part-time professors is that they be included as full members of the academic community.

“It’s not just about money. These people want to be seen as contributing to the academy. They demand to be recognized as partners in creating institutional excellence,” and not merely temporary laborers in a corporate environment, he says.

Rodich’s theme was echoed by Tree Turtle, who teaches writing at Goucher. “In a real sense, we are the college just as much as the students, the tenure-track faculty, or the administrators,” Turtle says.

According to Turtle, a 1993 graduate of Goucher, the organizing drive had significant support from the students and the permanent faculty. This was to be expected at Goucher, which values its progressive liberal arts traditions, Turtle says. The student Radical Leftist Club organized an on-campus petition drive in favor of the union (the petition garnered signatures from about one-third of Goucher’s 1,500 students), and a number of the permanent faculty wanted to join.

“To me, the unionizing process is an affirmative, hopeful campaign that is looking out for the professional welfare of a large sector of hardworking people at Goucher,” Turtle says.

But Goucher administrators adopted a “neutral” position on unionization that was tinged with some anti-union rhetoric. “We heard the usual stuff about how the college community did not need a third party—the union—to come in. The president of the college would say stuff like ‘If you feel changes are needed, I’d love to listen. We can do this without a union.’ He tried to walk a fine line,” Winter says.

But Goucher President Jose Antonio Bowen angered some adjuncts when he brought in the notorious anti-union law firm Jackson Lewis to represent the college against the union. (Jackson Lewis aided the defeat of a union drive at Baltimore’s WYPR public radio station last year.)

Bowen’s office declined a request for an interview, but spokesperson Kristen Pinheiro said that Jackson Lewis was Goucher’s long-time labor lawyer  and had not been brought in specifically to defeat the SEIU Local 500 effort. Among other areas, Jackson Lewis represents Goucher in legal matters involving the Laborers International Union of North America, which represents maintenance and custodial staff on campus, Pinheiro said.

Goucher strives to be a place where people want to work. And while we do hire non-tenure-track faculty members—many of whom have taught at the college for numerous years—Goucher bucks the national trend of hiring increasing numbers of adjunct faculty. A Goucher education is largely provided by full-time, tenure-track faculty members.We know all of our instructors are deeply committed to our students’ academic and personal success.

Whatever happens with the NLRB’s decision, we will continue to deal fairly and humanely with everyone employed at the college.

“Bowen is not the enemy. … For us, he is not the bad guy,” asserts Winter, who adds she expects contract negotiations to be amicable and productive once they begin. Local 500’s Rodich also agrees with that prediction, saying that productive labor negotiations have been the norm  as the union has established bargaining units on new campuses in recent years.

“There is a real problem in the academic world where what used to be a good middle-class job has devolved into piecework. This is a concern to a lot of administrators, too, and no matter what the official line on unions might be, most of them recognize that a change is needed,” to improve the quality of life for adjuncts, Rodich says.

“This isn’t a local or a regional issue. There is a national movement. What the SEIU represents is a light at the end of the tunnel, an opportunity to effect change,” he concludes.