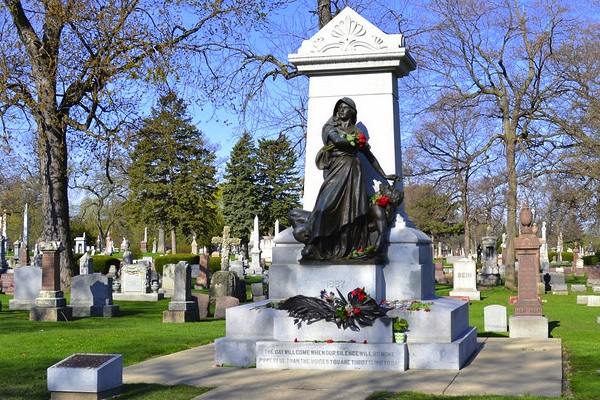 Chester Kulis is a criminal justice professional and was a professor of criminal justice and sociology at OCC and active member of its adjunct faculty union from 1989 to 2014. Last May, Kulis, along with 80 other adjuncts, were controversially let go in the wake of a new state law that limited public higher education institutions’ ability to hire retired professors as adjuncts, in an attempt to rein in costs.

On May 1, Kulis sent an email to president Margaret (“Peg”) Lee and faculty regarding Lee’s retirement party titled, “The antidote to the Peg Lee Gala.” The email read, “Have a happy May Day when workers across the world celebrate their struggle for union rights and remember the Haymarket Riot in Chicago.”

Given the context of cuts to adjuncts’ health insurance, the recent firings, Kulis’ union activism surrounding these issues, and May Day and the Haymarket Affair’s association with workers’ rights, one may interpret “the antidote” to Peg Lee as protesting against her policies and organizing for better treatment. However, as made clear in a “cease and desist” letter, OCC and its lawyers took the “antidote” to refer to the fatal bomb thrown at police during the 1886 riot. In other words, they believed Kulis, a longtime gun-control activist, was suggesting people take up arms against President Lee.

Lawyers at the Foundation for Individual Rights in Education (FIRE), an organization with a libertarian ethos that defends both left- and right-leaning students and professors, argues that Kulis’s email did not meet the legal definitions of a “true threat” or “intimidation.” FIRE also noted, “The United States Department of the Interior has designated the Haymarket Martyrs’ Monument a National Historic Landmark. If remembering the Haymarket Riot is a ‘true threat,’ the monument itself would be illegal.”

Kulis says he was “totally shocked” when he received the cease and desist letter. He says he wrote the email “to inspire my colleagues with a contrast of what May Day stood for versus what the Lee gala on that same day stood for” and to highlight “the contrast between Lee’s gala and the plight of adjuncts. …These fired adjuncts get no farewell party, no severance pay, no counseling to find another job.”

Kulis says recent adjunct-related decisions have led to cuts in health care coverage and work hours. He says because OCC has struggled to fill adjunct openings, students are being affected with cancelled courses and an increase in class size.

In a still-pending complaint to the Illinois Educational Labor Relations Board, Kulis wrote, “This response from Oakton has no basis other than an intent to suppress my union right to speak on behalf of union rights in a commemoration of a significant international labor holiday.”

OCC seems to have something against May Day, as this is not the first time a faculty member has been disciplined for mentioning the internationally celebrated holiday. Kulis explained that last year when a professor sent a mass email explaining the history of May Day, he had his ability to send mass emails taken away.

Thanks to FIRE and a subsequent post by the libertarian Reason, Kulis’s story has gone viral. However, Kulis wants to keep the focus on the issues which he says are most critical: adjuncts’ rights to freedom of speech and the rising tide around the country of part-time faculty organizing to demand better pay and teaching conditions.