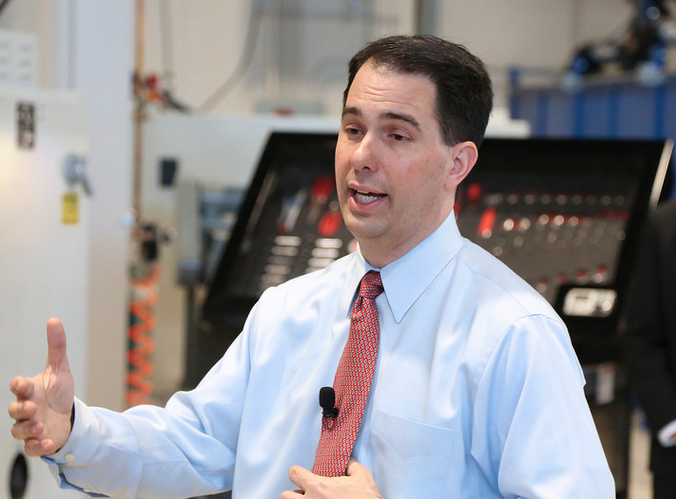 Trumka’s expression of disgust should come as no surprise to those familiar with Walker’s union-busting policies. As governor of Wisconsin, Walker has consistently opposed unions in his state. He is perhaps best known for his attack on the collective bargaining rights of Wisconsin workers in 2011.

According to The Nation, the state budget Walker signed into effect on Sunday attacks even the most basic of workers’ rights, including a guarantee that factory and retail workers “must get at least 24 consecutive hours of rest for every seven-day stretch” of work.

Among other policies Walker signed into effect is the overturning of Wisconsin’s 100 year-old-minimum wage law, which once required employers to guarantee workers a living wage “sufficient to enable the employee … to maintain himself or herself under conditions consistent with … reasonable comfort, reasonable physical well-being, decency and moral well-being.”

Walker also compared protesting workers to ISIS militants in February, proclaiming that if he could “take on 100,00 protestors, [he] can do the same across the world.”

The brevity of Trumka’s statement suggests that while the union leader may despise Walker and his policies, he does not consider his campaign announcement an event of great public interest or concern.