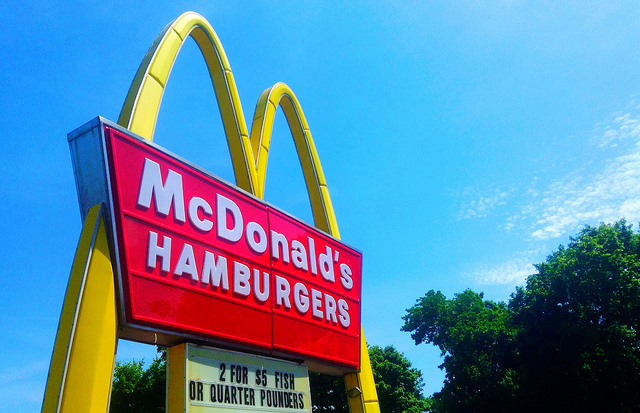 As the Fight for $15 has increasingly focused its campaign to raise standards among fast food workers on the industry leader, McDonald’s, unions and governmental officials around the world have joined in a chorus of criticism accusing the world’s second largest private employer of breaking laws and cheating workers—and the public—of what the company owes them.

Many of the critics from 20 different countries converged last Thursday in the chambers of the Brazilian Senate to jointly charge the company with avoiding taxes, breaking franchise laws, endangering health and safety, depriving workers of legally required wages and practicing racial discrimination.

“When I look around at other McDonald’s workers who are here today from five different continents, I know that I am speaking not just for myself, but for hundreds of thousands of cooks and cashiers like me who are fighting for better jobs and a better life at McDonald’s,” Adriana Alvarez, a McDonald’s worker from Chicago told the parliamentary hearing.

In addition to the U.S. and Brazilian delegations, politicians and labor union officials from Europe, including France and Germany, and Korea presented wide-ranging critiques of McDonald’s practices.

“The verdict of today’s hearing is clear: no company is more responsible than McDonald’s for driving a global race to the bottom,” said Scott Courtney, assistant to the president of the Service Employees International Union (SEIU), who accused the company of pioneering and perfecting “a brand of ‘cannibal capitalism’ that chews up and spits out the very people and communities that it needs in order to be successful in the long run.”

Brazilian authorities threatened legal and investigative action against McDonald’s on several counts. The country’s Labor Prosecutor, Leonardo Mendoca, announced a new task force to investigate labor law violations in addition to ongoing investigations. Members of the Workers Party, which holds power in the Brazilian government, planned to re-open a Parliamentary Commission of Inquiry into slave labor, “social dumping” (widespread violation of labor laws over three decades, including prohibitions on use of child labor), and poor working conditions at McDonald’s.

Nine labor unions sued McDonald’s in February to stop the chain’s expansion if it does not change its ways. After plaintiffs in the town of Recife won one of the more than 400 lawsuits filed against McDonald’s in recent years in Brazil, the company signed a national agreement with the labor ministry to abide by the nation’s labor laws. More recently, a suit was filed against the largest Brazilian franchiser for its violations of many labor and franchise laws.

The European Commission is also investigating McDonald’s suspected large-scale avoidance of taxes, estimated by one labor and non-governmental organization coalition study estimated as 1 billion euros from 2009-2013.

The international campaign against McDonald’s could become one of the most globally forceful and coordinated labor assaults on a major multinational business, with the assault on many fronts at once raising the possibility of victory for all the worker, citizen and governmental forces now arrayed against it.