In the Midst of Union Battle, Duquesne University Just Laid Off All but One of Its English Adjuncts 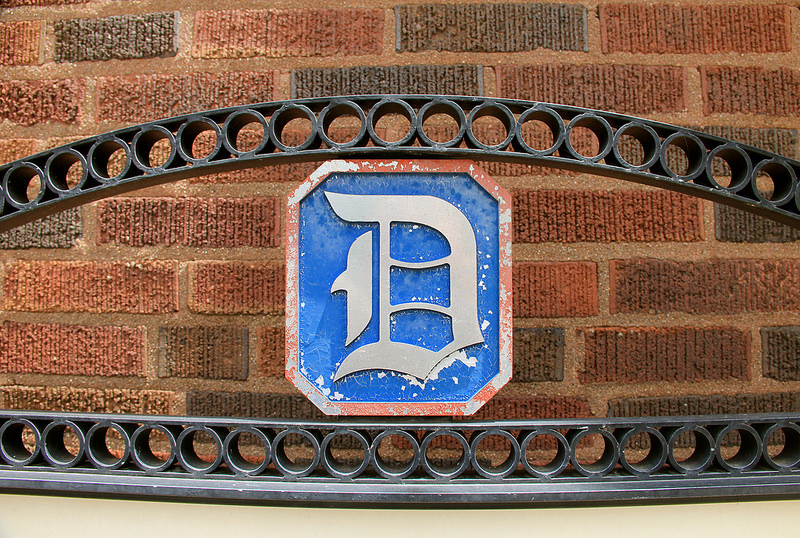 This week, the adjunct professors at Duquesne University’s English Department received some unexpected news: there would be no classes for them. As a result, all but one of them will not be returning after they file this semester’s grades in six weeks. The one adjunct remaining will have one class, and he was only allowed to keep his class because he is involved with a freshman program called “learning communities.”

The adjunct faculty at the College of Liberal Arts at Duquesne University have been seeking recognition of their union since they voted for the United Steelworkers in the summer of 2012. (Full disclosure: I am an adjunct at the Duquesne University School of Law, which is not part of the bargaining unit.) After initially signing an election stipulation and agreeing to abide by the outcomes of the NLRB election, Duquesne University quickly and inexplicably changed tacks.

The University fired its attorney and retained the Memphis-based union-busting attorney, Arnold Perl, and filed a motion with the Labor Board to withdraw its election stipulation. It raised a new argument that it has stuck to for the last three years: that as a Catholic university it is not under the NLRB’s jurisdiction. The Board denied Duquesne’s request to withdraw its election stipulation, held an election and the adjunct faculty voted overwhelmingly to be represented by the Steelworkers.

In December 2014, the NLRB articulated a new standard to apply to claims of religious exemptions by universities and remanded the issue on February 12, 2015 to the Pittsburgh region for an April hearing scheduled in light of the new standard. According to emails obtained by In These Times, around this time, the Dean of the College of Liberal Arts met with department chairs to discuss budget reductions, and stated that these reductions would “need to come largely from labor.” He then quickly made clear that it would primarily be coming from adjunct labor.

The English Department Chair Greg Barnhisel wrote to the faculty that the “Provost’s office stressed in the strongest possible terms that [the budget cuts] should come as much as possible from a reduction in the budget for adjunct instructors, whose course stipends next year will increase to $4,000.” (Neither Barnhisel nor the President’s Office responded to a request for comment.) Barnhisel also forwarded the faculty a message from the Dean assuring them that only adjuncts would suffer under the budget cuts, stating “at this point, we will not seek reductions in other areas, such as salary increases, support for faculty travel, grant writing support and departmental budgets.”

In April, an NLRB hearing was held in Pittsburgh; in June, the Regional Director issued a decision that Duquesne was not exempt from NLRB jurisdiction and that it must bargain with the adjuncts. Duquesne still refused, and appealed the decision to the full Board. In this appeal, it took a relatively rare approach of including in its legal filing to the Board a threat to fire the adjuncts that testified against the university because of what they told the Board.

Clint Benjamin, one of the adjuncts who was threatened in Duquesne’s appeal to the Board, and was included in the English Department layoffs, explained that “there is no doubt in mind that these firings were due to my and others’ vocal union support. Duquesne has been trying to do ‘end arounds’ and manufacture crises since they got wind of our efforts." Benjamin now has to deal with the reality that starting in January he will be losing half his income, and that it’s likely too late to search for other employment to fill the gap.

This week, after a complicated reorganization of courses to full-time tenured professors, full-time non-tenure track professors and graduate students, the English Department decided that it had no need for 10 of the 11 adjunct faculty and summarily dismissed them. (The 11th adjunct was allowed to retain one course because he is involved with the “learning communities” program.) Though the budget cuts were spread across all departments in the College of Liberal Arts, no one I spoke to knew of similar layoffs in other departments.

According to USW attorney Dan Kovalik, “the English Department has been ground zero for the union campaign. The most active people have come out of English.” Every adjunct in the English Department signed a union card, and all of the adjuncts that have been publicly identified as union organizers taught in the English Department. All the adjuncts and full-time faculty I interviewed said that although they were not privy to how the administration made decisions, they believed there was anti-union animus involved. Some felt that this was a classic "runaway shop," wherein the employer shifts work away from workers in the bargaining unit to erode the union.

Indeed, on Tuesday, Jerry Stinnett, the new Director of First-Year Writing in the English Department sent an email to the faculty trying to mollify “speculation” and “rumor” concerning the reasons for the layoffs. Stinnett explained that there was no “directive given to me ‘not to re-hire the adjunct faculty,’” but that adjuncts were simply at the bottom of the list, and there turned out to be no courses for them. Professors who have taught in the English Department at Duquesne for up to two decades said that although the ranks of adjuncts has always waxed and waned, they could not recall anything like the present situation.

Duquesne’s shift away from employing and exploiting adjuncts is complicated. The primary argument that adjuncts and their supporters have been using is that the current practice of low-paid contingent faculty is unsustainable and damaging to the academy. Indeed, the push for union representation is in large part driven by a demand for better pay and benefits, predictable schedules, a modicum of job security and a career ladder—all things that full-time faculty receive. If Duquesne is indeed moving in this direction, then in the long run, it may be a net positive.

However, Duquesne’s approach of surprise mass layoffs (possibly for the illegal reason of trying to halt the union) puts into focus why adjuncts need a union. The adjunct faculty in the English Department have received little information about the layoffs, don’t know if they will receive any severance pay and now have to search for alternate employment after most spring schedules have been finalized. Such major decisions would be mandatory subjects of union bargaining, and a union could have likely saved some of the jobs or negotiated some form of severance.

“There’s going to be a great human cost to the adjuncts losing their jobs in the spring,” Kovalik explained, “and Duquesne can’t just walk away from these people and think they dispensed with their moral duties.”