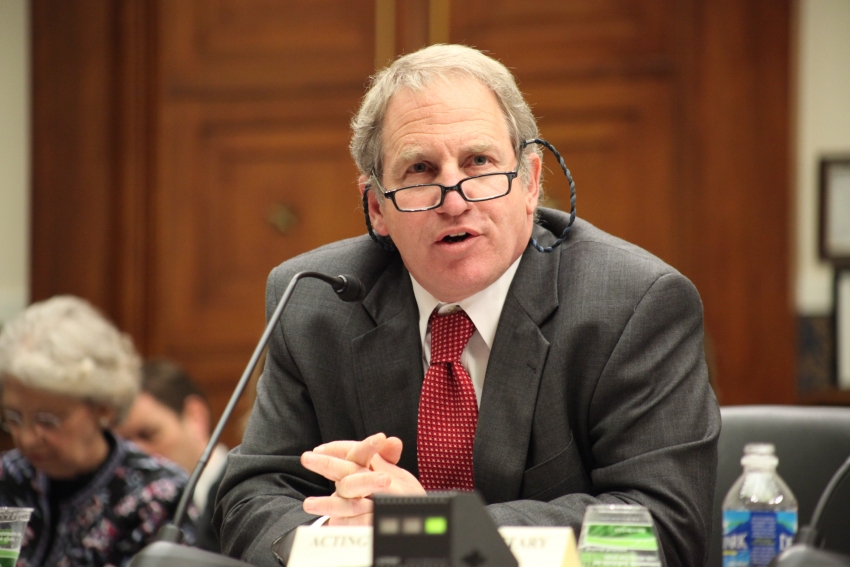 This article first appeared at FairWarning.org

For nearly five years, Darrell Whitman was a federal investigator who probed whistleblowers’ complaints about being fired or otherwise punished for exposing alleged corporate misconduct.

He wanted to help whistleblowers, viewing them as a crucial line of defense against employers who violated health and safety standards or wasted taxpayer dollars.

But now Whitman, 70, is blowing the whistle himself. And he is accusing the agency where he used to work, the Occupational Safety and Health Administration, the branch of the Labor Department whose duties include protecting whistleblowers.

Whitman, in a whistleblower claim filed last week with the U.S. Office of Special Counsel, charges that the San Francisco regional office of OSHA’s Whistleblower Protection Program routinely dumped legitimate complaints. What’s more, Whitman’s complaint says his disclosures to senior OSHA and Labor Department officials -– all the way up to Labor Secretary Thomas Perez — “did not spark good faith corrective action. Rather, they led to investigations of Mr. Whitman that eventually formed the basis for his termination” last May. He claims that three other investigators who protested the office’s practices also were fired or pushed out.

The result, Whitman claims, is that safety hazards and wasteful spending persist while whistleblowers often are silenced by employers that get away with illegal retaliation.

Whitman’s complaint largely tracks the concerns he raised in letters to federal officials (examples here and here) and in interviews with FairWarning and previously with KNTV (NBC in the Bay Area). He zeroes in on his former boss, Joshua Paul, and other officials in OSHA’s San Francisco regional office, which oversees California, Arizona, Nevada and Hawaii.

Sometimes, Whitman said, Paul ordered investigators to water down their findings or reversed the findings without explanation. In other instances, Whitman said, cases would be closed out after quickie investigations that barely examined the retaliation claims. Other times, he said, Paul dragged his feet in completing investigations for three years or more, apparently to put pressure on whistleblowers to settle.

‘The companies would scream bloody murder’

Whitman told FairWarning that those problems in San Francisco reflect a broader breakdown across the 10 regional OSHA offices that administer the whistleblower program. He maintains that the program often is too cozy with business to take on rogue employers. “There’s open hostility within OSHA to this program,” Whitman said.

If the program did its job, “the companies would scream bloody murder,” added Whitman, an attorney with a PhD in politics who has taught college, served as a campaign consultant and worked as a lawyer in government and private practice.

Whitman’s complaint calls for his reinstatement, back pay and damages, while also seeking an investigation of Paul “and any other relevant DOL [Department of Labor] officials.”

OSHA disputed Whitman’s allegations. In a written response, Jordan Barab, a Labor Department deputy assistant secretary, said: “To suggest that OSHA is not committed to protecting workers or that it is arbitrarily dismissing cases is not only absurd, it’s a huge disservice to the investigators who work hard to protect the rights of whistleblowers across the country. The Whistleblower Protection Program is a small staff with an enormous task, and that staff is committed, at every level of the organization, to protecting the rights of workers and to upholding the law.”

As for Paul, in November he moved from his job as senior investigator overseeing whistleblower investigations in San Francisco to a new role as coordinator of the region’s alternative dispute resolution program, which works on whistleblower cases. OSHA said the job change was unrelated to Whitman’s allegations. OSHA turned down a request for an interview with Paul, saying it “would not be appropriate” for him to respond to Whitman’s allegations.

OSHA is responsible for enforcing whistleblower provisions under 22 federal laws that cover everything from nuclear power plants and public transit to the trucking, railroad and airline industries.
But as Congress has assigned OSHA one category of workers after another, some critics say its staff has been swamped by the added workload, creating incentives to dismiss cases to keep up.

Whitman’s complaint cites six cases that he says were mishandled. One involved a nuclear plant official who said he lost his job after discussing security problems with the Nuclear Regulatory Commission.

According to court records, Madry, 51, was promoted to quality assurance manager at EMLab in May 2008. Over the next year, Madry received reports from outside auditors questioning the accuracy of the firm’s asbestos testing as well as complaints from lab analysts about being pressured to rush through asbestos tests.

Madry investigated, focusing on the company’s San Bruno, Calif., lab, which tested for asbestos at schools and for the U.S. Navy and other customers. He became increasingly concerned about the accuracy of tests, and repeatedly raised the issue with company officials.

Soon he began getting poor performance reviews and, according to court records, the company president complained in an internal memo of his “emotional outbursts and obvious instability.”

On Sept. 30, 2010, soon after being put on medical leave by a psychiatrist, Madry filed his whistleblower complaint.

Whitman investigated and in July 2011 found that the complaint had merit. But then the case languished.

As Whitman recounts in his own complaint, Paul delayed action for almost a year by requiring four rewrites of his merit findings, and also pushed for Madry to accept “a nuisance settlement.” According to Whitman, after he complained to OSHA chief David Michaels, Paul removed Whitman from the case. Whitman told FairWarning that he eventually saved the case by going over his boss’ head and getting the whistleblower program’s national director to step in.

‘The system, it doesn’t work’

Three years of legal skirmishes followed for Madry. As a Nov. 16 trial before an administrative law judge was about to begin, Madry reached a settlement totaling $122,500 with EMLab. The company declined to comment after the settlement but, in an earlier interview, an EMLab spokesperson gave a blanket denial of Madry’s claims, without discussing specifics.

The struggle, in Madry’s view, wasn’t worth it. “I wouldn’t recommend anybody do what I did, just because the system, it doesn’t work,” he said.

“Here I am, more than five years later,” he added, “and I’m no better off than when I filed my complaint.”

Nilgun Tolek, who headed OSHA’s whistleblower program until 2011, said she wasn’t familiar with the evidence behind Whitman’s allegations. However, she cautioned against assuming that when an administrator overturns an investigator’s finding there is “ill intent.”

“It’s always the case that what the investigator recommends in a report is subject to further review and may not end up holding water in the end. It’s not an individual person’s report. It’s the agency’s report, and it has to go through all kinds of review,” Tolek said.

Although Whitman’s case is novel for OSHA, it’s not the only time whistleblower defenders have been accused of mistreating their own employees. Two lawyers formerly with the National Whistleblowers Center, a nonprofit legal group in Washington, in late 2014 received an undisclosed sum to settle their complaints (here and here) that the organization fired them and also retaliated against other employees who tried to unionize. The settlement came shortly before a National Labor Relations Board administrative law judge was set to hear the case. The National Whistleblowers Center did not admit any wrongdoing.

In an audit tracking October 2012 through March 2014, the inspector general found problems in 24 of 132 randomly selected complaints. Among other deficiencies, investigators failed to contact complainants’ witnesses and to give complainants the time needed to provide evidence.

OSHA also failed to meet deadlines on 3,206 of the 4,475 complaints it received that warranted investigations. The investigations took an average of 238 days to complete, up from 150 days in 2010, when previous federal audits lambasted the agency for poor performance.

OSHA management, in response, acknowledged that improvements were needed. But the agency also noted that the number of new complaints climbed to 3,060 in the 2014 fiscal year, up 58 percent from 2005.

“Consequently, OSHA still lacks the resources that it needs to process and investigate whistleblower complaints with the expedience that we would like, while also maintaining the quality and thoroughness that is appropriate,” the agency said.

Stuart Silverstein is a veteran reporter and editor who worked on the business, metro and national news staffs of the Los Angeles Times. He covered, among other beats, organized labor, economics and higher education. During his 32-year newspaper career, Stu also worked for dailies in Dallas, Atlanta and Buffalo. Stu has taught business journalism at USC and currently serves as assistant editor at Fair Warning.