The ‘Friedrichs’ Supreme Court Case Was Not About Union Dues 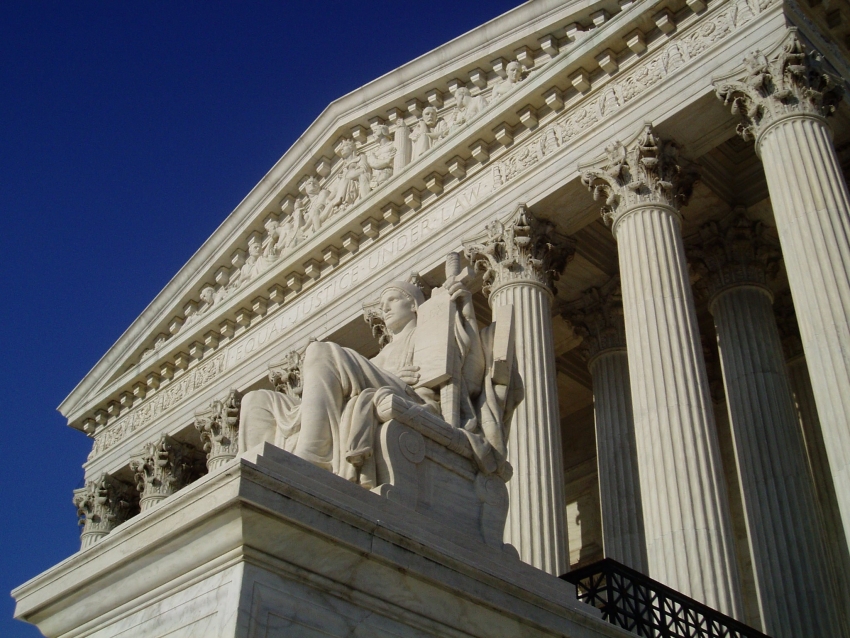 Due to a hung supreme court, the 'Friedrichs' case is dead, for now.   (Matt Wade / Flickr)

This article first appeared at BeaconBroadside.com

I was driving to a meeting listening to the news this morning and a special segment was announced. It was described as a discussion on the Supreme Court’s decision on “union dues.” The second time that I heard this promo I stopped my car and called the station. Though I did not reach a human being, I left a pointed message to the effect that this case—Friedrichs v. California Teachers Association—was NOT about union dues. So, if it was not about union dues, what was it about and why would the news station make such a basic error?

The Friedrichs case involved an effort taken by individuals against the California Teachers Association, the union that legally represented them for purposes of collective bargaining. The plaintiffs were arguing that they should not have to pay what is called an agency fee since that, allegedly, interfered with their Constitutional right to freedom of speech. The sophistry contained in this case is unbelievable, and the fact that it reached the US Supreme Court was, itself, unbelievable and unacceptable. This is the sort of case that should never have seen the light of day.

Let’s take this one from the top. As I point out in “They're Bankrupting Us! and 20 Other Myths About Unions”, the National Labor Relations Act mandates that once a union is chosen by a specific workforce (a bargaining unit), the union has the legal obligation to represent all of those workers fairly and equitablyirrespective of union membership. That’s right: in situations—such as public employment—where there is no mandatory membership in a union, but also in situations such as so-called right-to-work states, the union must represent all of the workers in the specific workforce for which it is responsible.

As I am fond of asking, think, for a moment, about the number of towns and cities in the USA where taxes are voluntary but where the citizens—irrespective of whether they pay taxes—are entitled to public services, such as fire department, police, water, sanitation. I can bet that you have not had to think very long. There are no such examples. However, the Court has mandated that a union must represent workers at the expense of the union.

The exception to this was the establishment of what is called an agency fee. What this means is that in a situation where union membership is voluntary, workers who are represented by a union but who choose not to join the union will still pay a fee that will help to cover the costs of representation. This is what is called an agency fee, and this is what the Friedrichs plaintiffs were attempting to escape.

Does an agency fee obligate a worker to anything? Not at all. It basically provides a means for a union to gain the resources in order to fully and fairly represent the workers it is legally obligated to represent.

Much has been raised about the Friedrichs case being used by Republicans to undermine the resources of unions to conduct political and legislative work. That is certainly true, but the more fundamental issue is that had the lower court decision been overturned by the US Supreme Court, the main impact would have been on the ability of unions to represent their own members. It would have meant that the union, at its own expense, would be forced to represent workers who are not paying a dime. Again, I must ask, is there any other institution in the US that would be held to such a standard?

The conservative members of the US Supreme Court, along with their political allies, seek to effectively undermine the basic right to collective bargaining for workers. Of course they will never admit that. They will hide behind the notion of protecting freedom of speech, but there is no way that Friedrichs concerns an infringement on the right to freedom of speech any more than a citizen loses their right to freedom of speech because they have to pay taxes to a jurisdiction where they may disagree with the elected political leadership.

One final point worth noting: An agency fee is something that is introduced into a collective bargaining agreement (contract) as a result of negotiations. The union, first, is chosen by the workers in a specific workforce. Once the union is chosen, the union enters into negotiations with management. One of the many issues negotiated is the status of those who are not members. The proposal for an agency fee in public sector settings is something that is put before the membership and negotiated with management (with no guarantee that management will agree, by the way). In some settings there must be a vote taken on his issue alone. But this is a matter that takes place within the workforce through debate. It is not something imposed upon the workers, somehow throttling any of their rights.

Thus, it is important that one understands that this controversy has not been about dues. The issue is not about the use of union dues. It is, in effect, about whether anyone has the right to withhold funds yet expect that they will, nevertheless, be serviced and, therefore, get something for free.

There is a term for such an attitude, but I do not use it in polite company.