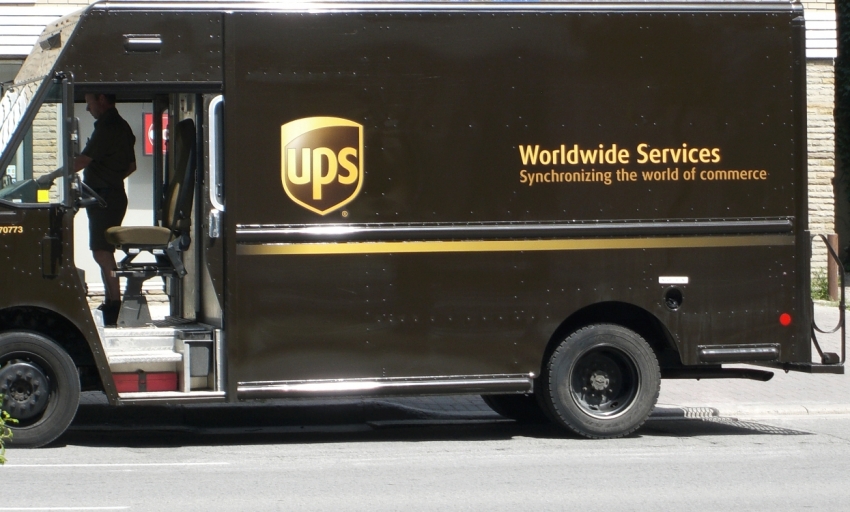 In 1972, the General Motors plant in Lordstown, Ohio was shut down by a strike that left both management and union leadership scratching their heads. The strike, by United Auto Workers Local 1119, was not called over the traditional bread-and-butter issues of wages and benefits, but rather working conditions and something a bit less tangible. Call that "something" control, or "alienation." Whatever the issue was, its emergence as an issue workers were angry enough to walk off the job over was something new in American labor relations.

After the strike was settled, Gary Bryner, the 29-year-old President of Local 1119, testified before a Senate subcommittee. “There are symptoms of the alienated worker in our plant. The absentee rate has gone continually higher. The turnover rate is enormous. [The Lordstown worker] has become alienated. He is disassociated with the whole establishment. That is going to lead chaos.”

I remember entering the blue-collar world in 1968; my fellow workers and I were cocky, defiant and unintimidated by the boss. We were confident in our ability to take a stand or to find another job. Management would certainly have chosen another word to describe us: most likely, that word would be undisciplined.

Undisciplined workers meant not only shop floor militancy, but also workers willing to shut down production for a better standard of living. In 1974, there were 424 strikes of 1,000 or more workers in the United States. (There were 12 in 2015).

UPS did not escape this wave of militancy, as Joe Allen points out in his new book The Package King: A Rank and File History of United Parcel Service. “UPS was shaken by an unprecedented militancy of its workforce from 1968 to 1976," he wrotes, "when local and region wide strikes shut down the company for months on end.”

This situation could not stand. In 1973, the postwar economic boom came to a screeching halt. Allen writes that at this juncture, “The bosses responded to the economic crisis with a concerted effort to drive down wages, increase productivity and weaken union organization.” The same sentiment took hold across the American business landscape. In effect, a 40-year war was declared, a "one-sided class war" that is still raging.

The Package King describes the chasm that separates the post-World War II world from the age of austerity. “There was an historic change beginning, in the mid-1970s, when working at UPS became more dangerous, part-time work triumphed and the union was significantly weakened.” United Parcel Service was determined to do its part in taming a recalcitrant workforce.

One of the tactics in asserting the company’s authority at the point of production was the never-stopping conveyor belt of packages. The conveyor belt's perpetual motion was part of what was known as the “Pusher Mentality.” Although not explicitly stated in internal company memoranda, this policy was aimed at older, experienced workers. Older workers were less likely to accommodate to the new speeded up norm, and in many cases were physically unable to keep up the inhuman pace expected. To weed out older, full time workers the company published a pamphlet for its supervisors called, “How to Get a Discharge for Low Productivity Sustained,” or in normal English, how to fire older workers and make it stick.

The “Pusher Mentality” was about speedup, but it was also about control. Control is the Holy Grail of the workplace from management’s point of view. Part of the drive for control was the emphasis on part-time workers as opposed to full time employees. Part-time workers can be forced to work when, where and for how much time, all at management’s convenience.

UPS’s goal was stated succinctly: “We must control and accelerate our efforts to absorb as much as possible rising costs by tough controls, … eliminate full time workers (and make them) part-time whenever possible and further increase production of those who are working.” “Part-time work,” Allen writes, “was a business model that UPS pioneered and initiated around the globe in the next two decades.”

Ever greedy for more and more part timers, in 1976 UPS sought to make all its inside employees (those who sort and handle parcels in warehouses and terminals) “casual” workers, a euphemism for "precarious"—or even more honest, “expendable.”

By the time of the 1982 contract, part-time workers—by then over half of UPS’s workforce—were once again in the company’s crosshairs. The 1982 contract called for a new two-tier wage structure. While full-time employees were earning an average of between $11 and $12 per hour, for the first time part-timers had their pay cut to $8 per hour. That gap would not be closed by accrued seniority. In effect, the part time workers were caught in a classic scissors: increased productivity and less pay. This deal, agreed to by the International Brotherhood of Teamsters, was a slow acting poison pill for the old guard leadership that finally released its venom for the IBT in the 1991 election of reformer Ron Carey, and for UPS in the landmark 1997 strike.

In addition to telling the story of how UPS did its part in taming that recalcitrant workforce, The Package King also tells the story of the treacherous role the bureaucratic leadership of the IBT played in aiding and abetting that project. More inspiringly, it tells the story of the insurgency of the rank and file inside the Teamsters union. Allen chronicles how that insurgency eventually took power from the old leadership and led the union in a textbook strike, only to see the old guard bureaucracy reestablish itself.

Jim Casey, the founder of the United Parcel Service was a megalomaniac in the mold of the 19th century robber barons. Packages and their delivery were his only passion. By 1916 Casey realized that sooner or later UPS would become unionized. Rather than risk affiliation with the still potent Industrial Workers of the World, Casey took the proactive step of inviting the Teamsters to organize the UPS workers. This began a century-long relationship between these two giants, a symbiosis made up often of mutual need and occasionally antagonism.

The Teamsters Union, founded in 1903, comes out of the old American Federation of Labor (AFL) tradition. Historically this tradition is called, “business unionism.” Business unionism was the philosophy of Samuel Gompers, which teaches that if workers want “to get ahead, they must be prepared to go along”—no talk of unions being part of a broader transformation of society or challenging capitalism, just a strong concern for bread-and-butter issues like pay and benefits. For most of its 100 plus years collaboration with management has been the usual modus operandi of the IBT. However, there have been periods of pushback from the ranks, notably during the Minneapolis Teamster strike of 1934 and the interregnum years between the Old Guard and Ron Carey’s presidency from 1991 to 1998.

Taking on both the mobbed-up, collaborationist IBT and the determined behemoth that is the UPS was a Herculean task, and a story The Package King tells well and in great detail. What became the twin conflagrations of Carey in 1991 and the 1997 strike began with several tiny sparks.

One such spark can be traced back to a courageous woman named Anne Mackie. Anne, a West Coast native, joined the International Socialists (IS) in the early 1970s. When the IS decided to concentrate its membership in the Midwest, she moved from Portland to Cleveland. Because she had already been a package car driver in Portland, Mackie found it easy to get a similar UPS job in Cleveland. Mackie, with a group of other mostly women ISers in Cleveland, founded Upsurge, a rank-and-file group in 1975—the same year IS members in freight launched Teamsters for a Decent Contract (TDC), which later became Teamsters for a Democratic Union (TDU).

Historian Cal Winslow, author of Labor’s Wars in California, writes of UPSurge: “It was first of all organized to fight the company. Its initial focus was preparation for the 1976 Central States contract negotiations. It began in the central and was built on an informal shop stewards’ network with roots in decades of militant activity. In the 1960s and 70s there were continuous conflicts and strikes, official and unofficial including traveling wildcat pickets in 1975 (at UPS)."

To illustrate just how entrenched the bureaucracy was in the International Brotherhood of Teamsters and how much that bureaucracy loathed its own rank and file, take this quote from 1950s IBT President Dave Beck: "Why should truck drivers and bottle washers be allowed to make decisions affecting Teamster policy?" To establish a militant union that rejected such elitist attitudes and listened to the wishes of its rank and file, TDU had its work cut out for it.

Package King’s step by step narrative of how major changes in the Teamsters and in labor history can and did happen, should serve as an example to any young militants entering the trade union movement today. Anyone interested in taking on the rich and powerful on the shop floors of the 21st century should download and read this book.