What the New York Times Gets Wrong About the Davos Man 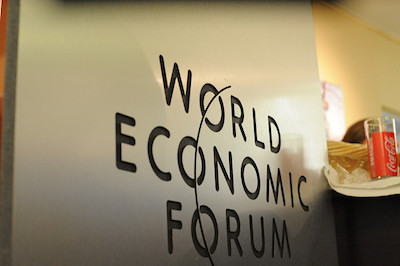 This article was originally posted by Portside.

The New York Times had an article on the annual meeting of the world's super-rich at Davos, Switzerland. It refers to Davos Man as "an economic elite who built unheard-of fortunes on the seemingly high-minded notions of free trade, low taxes and low regulation that they championed." While Davos Man may like to be described this way, it is not an accurate description.

Davos Man is actually totally supportive of protectionism that redistributes income upward. In particular, Davos Man supports stronger and longer patent and copyright protection. These forms of protection raise the price of protected items by factors of tens or hundreds, making them equivalent to tariffs of several thousand percent or even tens of thousands of percent. In the case of prescription drugs, these protections force us to spend more than $430 billion a year (2.3 percent of GDP) on drugs that would likely cost one tenth of this amount if they were sold in a free market. (Yes, we need alternative mechanisms to finance the development of new drugs. These are discussed in my free book Rigged: How Globalization and the Rules of the Modern Economy Were Structured to Make the Rich Richer.)

Davos Man is also just fine with protectionist barriers that raise the cost of physicians services as well as pay of other highly educated professionals. For example, Davos Man has never been known to object to the ban on foreign doctors practicing in the United States unless they complete a U.S. residency program or the ban on foreign dentists who did not complete a U.S. dental school (or recently a Canadian school). Davos Man is only bothered by protectionist barriers that raise the incomes of autoworkers, textile workers, or other non-college educated workers.

Davos Man is also fine with government regulations that reduce the bargaining power of ordinary workers. For example, Davos Man has not objected to central bank rules that target low inflation even at the cost of raising unemployment. Nor has Davos Man objected to meaningless caps on budget deficits, like those in the European Union, that have kept millions of workers from getting jobs.

Davos Man also strongly supported the bank bailouts in which governments provided trillions of dollars in loans and guarantees to the world's largest banks in order to protect them from the market. This kept too big to fail banks in business and protected the huge salaries received by their top executives.

In short, Davos Man has no particular interest in a free market or unregulated economic system. They only object to interventions that reduce their income. Of course, Davos Man is happy to have the New York Times and other news outlets describe him as a devotee of the free market, as opposed to simply getting incredibly rich.