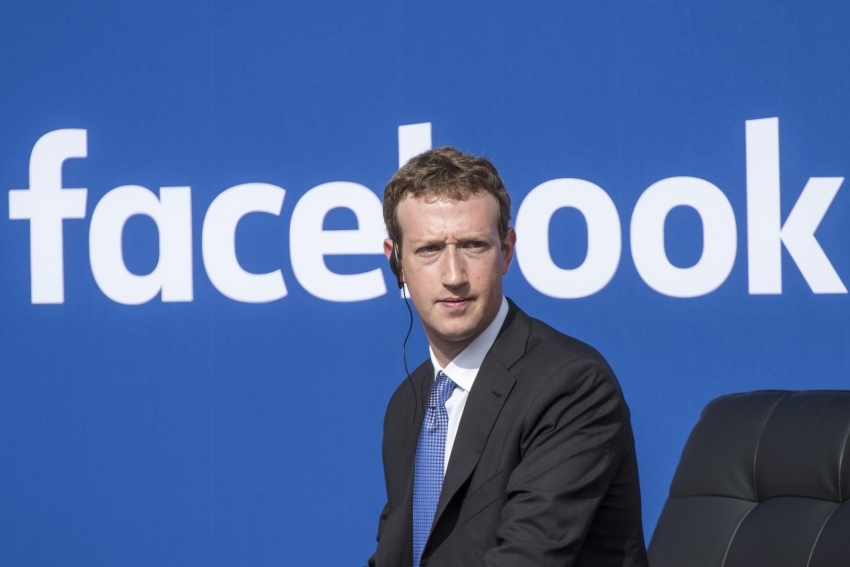 In one of the nation’s most economically disparate enclaves, the tide of organized labor is rising. Last month, more than 500 Facebook cafeteria workers in Silicon Valley voted to unionize in a move for higher wages, fair hours and secure benefits. Days later, Tesla factory workers demonstrated similar intentions, sending a list of demands to the electric automaker’s board—a product of recent talks with one of labor’s most storied forces, United Automobile, Aerospace and Agricultural Implement Workers of America (UAW).

Unionization is a momentous feat for any labor sector, and in Silicon Valley it’s downright Herculean. California’s hotbed of technological production is notorious for its antipathy to labor rights—a stance that dates back decades. Couched in an ethos of “utopian” futurism, many of the tech industry’s postwar progenitors positioned their enterprises as avant-garde rejections of the union-oriented labor models of the East Coast and Midwest. They claimed their vision of a post-union future, free of the costs and constraints of formal labor-rights structures, would afford them the ability to innovate at breakneck speed. In the early 1960s, Intel co-founder Robert Noyce famously declared, “remaining non-union is essential for survival for most of our companies. If we had the work rules that unionized companies have, we'd all go out of business.”

In unions’ stead, then, came a propagandistic message of unity between labor and management—a paradigm that would breed such perks as high salaries and stock options. Yet the gambit of supplanting steady, controlled hours and collective-bargaining rights with flush rewards hasn’t applied to all workers in Silicon Valley. While programmers and marketing associates receive robust pay, gourmet meals and on-site spas (and soon, company-provided housing) in exchange for the absolute devotion of marathon workdays, low-wage laborers know no such luxuries.

For Facebook’s cafeteria workers, who the tech giant hires through a food-service contractor called Flagship Facility Services, this climate has begot a chief grievance: insufficient pay. The Guardian has cited hourly rates of $17.85 and $19.85, which exceed Facebook’s required minimum of $15. When considered in a geographical vacuum, these workers’ wages may sound somewhat reasonable. However, amid the hyper-exorbitance of the home of Uber and eBay, such wages are paltry: Workers have found themselves unable to pay for their employer’s healthcare plan, or worse, consigned to living in garages. “Because of Facebook moving in, everything is so expensive. I have to get payday loans sometimes,” a cafeteria worker told The Guardian.

Tesla’s electric-plant workers grapple with a similar plight. Tesla pays them as employees, starting wages at the company’s Fremont facility at $18 an hour. This pay is “far below the national average for auto workers ($25.58) and even farther below the living wage in Alameda county ($28.10)...and paths to promotion are not clear—or nonexistent,” according to the UAW. In a February Medium post, factory employee Jose Moran noted that many workers log “well over 40 hours a week, including excessive mandatory overtime” to meet Tesla’s aggressive production goals; indeed, CEO Elon Musk conceded, albeit vaguely, that his employees had been “having a hard time, working long hours, and on hard jobs.”

The problems don’t stop there. Firmly entrenched in tech-industry culture, Tesla abides by the Silicon Valley axiom of prioritizing company growth—in tech argot, “scaling”—above virtually all else. Because its products are material rather than digital, this requires tremendous amounts of physical labor. Factory workers suffer the consequences: Laborers have reported a number of preventable conditions, ranging from exhaustion-induced fainting to herniated disks. Worse, many choose not to disclose injuries to Tesla, fearing that the company will place them in “light duty” jobs that may decimate their wages. (In one case, a worker who disclosed a back injury saw his hourly rate plummet from $22 to $10.)

The current momentum of the labor model Robert Noyce found so archaic and unproductive—not least the UAW’s foray into an industry that has long rebuked it—attests to the untenability of blue-collar working conditions in contemporary Silicon Valley. As technocapitalists automate more corners of the workforce and peddle the futurism of a digital world—marginalizing the cooks, servers, janitors, assembly-line workers, and drivers they rely on daily—the activism of union organizers grows ever more imperative.

While unionization is a hefty victory, the fight is far from over if Silicon Valley’s working class is to enjoy comfortable and fulfilling lives. Combating the hostility of moneyed technocrats to labor rights—which, as Uber and Lyft alone demonstrate, continues to loom large—will entail socioeconomic change on a much grander scale. The events of the last few months, we can hope, are only the beginning.