No, Silicon Valley Billionaires Are Not Racial Justice Warriors 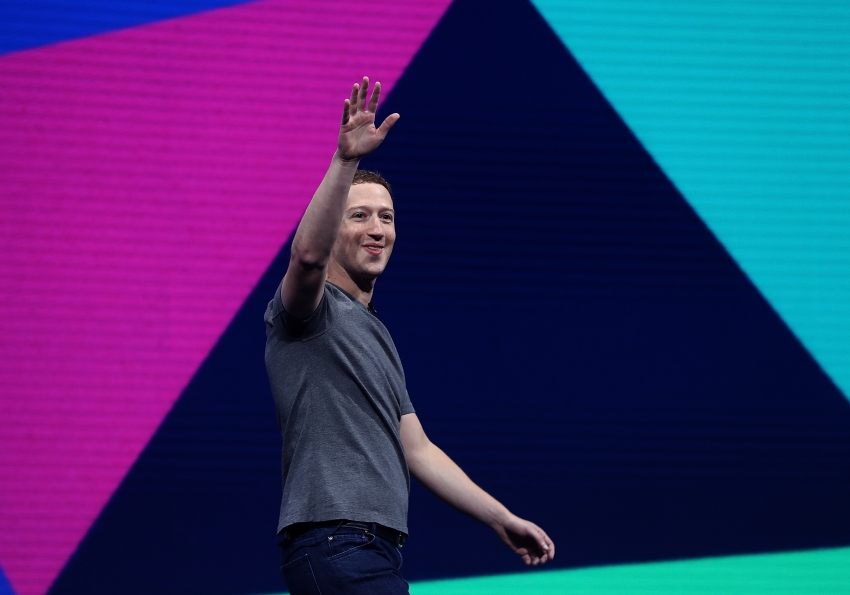 Following a wave of white supremacist rage from Silicon Valley to Virginia, the relationship between the technology industry and racism has suddenly come under a rare level of scrutiny.

A week later, a murderous neo-Nazi rally in Charlottesville, Va. galvanized the country into grappling with unbridled racism. In the aftermath, Facebook, Twitter, YouTube and a number of other tech giants issued statements purporting to take a more stringent approach to curtailing hate speech.

While Pichai, Mark Zuckerberg and other CEOs claim to be taking steps to acknowledge the role their companies play in fomenting racist dialogue, their latest attempts at good will are feeble and long overdue. Their modest reforms do not make a dent in the tech sector’s quiet, laissez-faire subversion of anti-racism for its own gain.

While the Ninth Circuit Court of Appeals mandated Roommates.com comply with the FHA, the Seventh Circuit Court of Appeals ruled in favor of Craigslist. In the latter case, the court cited the 1996 Communications Decency Act (CDA), which would absolve an online service provider of liability for content provided by a third party—e.g., a user posting an ad. Despite their varying outcomes, both cases illustrate tech companies’ efforts to undermine protections against discrimination.

The problem persisted well into the next decade. In 2015, Nextdoor, a private social-network app for neighborhood updates, began to draw complaints for stimulating racial profiling. The inciting event: An Oakland neighborhood reported “sketchy” men, including an “African American guy,” who were guilty of “lingering.” One neighbor suggested calling the police. A woman named Meredith Ahlberg recognized them—she’d invited them to her house for a party and given them the wrong address. “Since signing up for the app in 2012, Ahlberg has repeatedly seen black people in the neighborhood described as ‘suspicious’ characters,” writer Pendarvis Harshaw noted. Harshaw also found a litany of other offenses: judgment levied upon black mothers’ parenting, a white-only meeting to discuss racial profiling and other products of racialized paranoia. While the company has sought to rectify these ills, the problem persists.

Airbnb generated an especially high-profile case—succinctly captured in the 2016 hashtag #AirbnbWhileBlack. In the years prior, a number of black users had reported discrimination when using the service. After a neighbor alleged they were thieves, two black guests in Atlanta were forced to explain to police with guns drawn that they’d been approved to stay at their rental. Another black user sued the company after his booking request was rejected until he posed as a white man. A study by Harvard Business School researchers found that applications from guests with “distinctively African-American” names were 16 percent less likely to be accepted relative to identical guests with “distinctively white names.”

Though Airbnb has claimed interest in tackling the problem, the problem continues. Earlier this year, an Asian-American user was expressly denied a booking at the last minute, strictly on the basis of her race.

As Nextdoor and Airbnb have facilitated racial discrimination, so has Facebook. Before it entered the fore of the online-hate-speech discourse, the social network had allowed advertisers to exclude users by race. Companies could explicitly select certain races to target—African American, Asian American, and “Hispanic” were among the categories—even if they published ads for housing or employment. This is a manifest violation of the FHA and of the Civil Rights Act of 1964, which interdicts racial employment discrimination.

In response to public outcry, Facebook has since added anti-discrimination clauses to its advertising policies and claims to be working on artificial intelligence for screen ads. This, of course, doesn’t change the fact that Facebook consciously designed a form of racial discrimination to encourage customized advertising, using coded language—“Ethnic Affinity” rather than “race”—and such euphemisms as “multicultural marketing” to make that inequity more palatable.

What’s more, Facebook’s censors have disproportionately favored white men. According to a ProPublica report from last June, an exhortation from Louisiana Congressman Clay Higgins to “hunt” and kill “radicalized” Muslims went untouched. Facebook also chose not to designate such groups as “Alt-Reich Nation”—a group whose member was recently charged with the murder of a black college student—as hate organizations. Meanwhile, users of color who’ve merely called attention to white racism have been penalized. Without explanation, Facebook removed one black user’s post asking why “it’s not a crime when white freelance vigilantes and agents of ‘the state’ are serial killers of unarmed black people, but when black people kill each other then we are ‘animals’ or ‘criminals,’” disabling her account for three days. Another post from Black Lives Matter activist DiDi Delgado stating “all white people are racist” was deleted, provoking Delgado’s essay “Mark Zuckerberg Hates Black People.”

It shouldn’t come as a surprise that these infringements are inextricably linked to the economic interests of tech companies. Techno-capitalists, angling to appease investors and amass wealth, are nothing if not notorious for their libertarian antipathy to regulation—a force they view as the enemy of financial proliferation. To enterprising technocrats, the scale of their company is of utmost importance, relegating legal compliance—much less, racial justice—to a position far lower. A startup founder doesn’t seek funds for an equitable, progressive endeavor; he or she does so to turn a profit. For the would-be Silicon Valley tycoon, legality is the truest target of “disruption,” and housing and employment discrimination strictures are no exception.

In an especially revelatory turn of events, the New York Times reported earlier this year that tech titans have begun to shift their political donations to the roundly anti-regulatory Republican Party, viewing it as a stronger ally “on issues including privacy, taxation, automation, and antitrust.”

Such conservatism extends beyond a compulsion to expand. Though it seeks to befog this fact with progressive bromides, Silicon Valley bears a profound connection to white supremacy. In 2016, 4Chan, former Breitbart "tech editor" Milo Yiannopoulos, and Silicon Valley supervillain Peter Thiel modeled the archetype of a techie Trump supporter. Months later, Mother Jones reported on the prevalence of alt-right sentiment within engineering enclaves. The investigation forecast the emergence of Damore’s diatribe: A software engineer insisted that many of the men in his field “secretly identify with the alt-right, which he attributed to a backlash against the ‘corporate feminist and diversity agenda’ of tech companies.” Last year, a post on the startup incubator Y Combinator’s Hacker News forum led a user to inquire, “Why is diversity good?...Why would immigration, especially uncontrollable immigration, be beneficial? What if some cultures are better?...Why is racism against whites and sexism against men acceptable?”

If there's a lesson to be learned here, it’s that, as writers like Jessie Daniels and Kate Knibbs have observed, racism in Silicon Valley isn’t a bug; it’s a feature. When the tech industry isn't profiting from flouting anti-racist legislation, it's outright excoriating people of color, and it only renders mea culpas when it's caught. Its transgressions must serve as a reminder that its products aren’t ideologically neutral, and when they’re placed in the hands of predominantly white capitalists, danger lies ahead. Soft, incremental solutions like more comprehensive algorithms and codes of conduct won’t come close to righting these wrongs, especially if the Zuckerbergs and Thiels of the world remain at the helm.

At such an inflamed time in the American political landscape, we can’t accept the verbal and physical racist violence that Silicon Valley has helped inflict upon us. It’s about time we made that known.