Is China’s Labor Federation Willing to Stand Up for Workers Against Walmart? 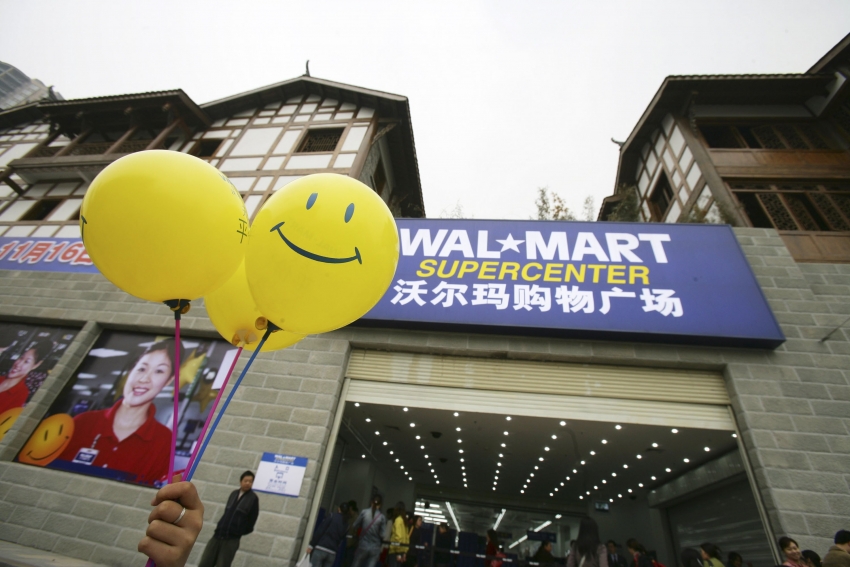 The flare-up of labor protests among Chinese retail workers at Walmart has cooled considerably over the last year, but the underlying issues are as hot as ever. Pressure is mounting on local labor unions to take a more active role in confronting the U.S.-based giant, according to a new report from the China Labour Bulletin (CLB), a Hong Kong-based worker advocacy group that keeps a close eye on multinational corporations active in the country.

Wildcat strikes and other protests rippled through Walmart’s more than 400 Chinese stores in 2016, catching the attention of global media outlets like Reuters, Financial Times, The Associated Press and The New York Times. While publicity around the protests slowed in 2017, Walmart’s poor treatment of workers has continued, according to CLB Executive Director Han Dongfang.

Han says that recent labor actions were triggered by two events: the elimination of jobs at a small number of stores slated for closure, and the introduction of a new work-hours-scheduling system designed to trim the earnings of many of Walmart’s roughly 100,000 Chinese employees. A common problem highlighted in both events is that the union representing the workers, the All-China Federation of Trade Unions (ACFTU), failed to provide any leadership or support for the aggrieved Walmart workers.

ACFTU has indeed failed the workers, agreed Li Qiang, executive director of China Labor Watch (CLW), a New York-based group with a similar name but unrelated to Hong Kong’s Labour Bulletin. Since Walmart stores were unionized at government direction in 2006, the workers have seen little benefit, he tells In These Times. ACFTU, the only legal labor organization in the country, is essentially an arm of the Chinese government, he says, and its local units are controlled by the employers—not the rank-and-file members.

Walmart’s relationship with ACFTU is of a piece with its global reputation as a fierce opponent of unions, critics say.

According to the CLB report, “In most countries, it would be the trade union that leads the workers in the battle against a corporate giant like Walmart. But in China, where Walmart does actually allow unions to establish branches in their stores, the All-China Federation of Trade Unions was conspicuously absent. Apart from some superficial gestures of support, the ACTFU failed to stand with Walmart’s workers. For the most part, the ACFTU viewed the workers’ online organizations with suspicion and prioritized social and economic stability over all else—even to the point of siding with management at the first sign of collective resistance.”

Online organizations operating independently of the ACFTU were key to the limited successes of the 2016 labor agitation, CLB says. One such group, the Walmart Chinese Workers Association (WCWA), even collaborated with the U.S. labor organizers associated with the United Food & Commercial Workers union in an effort to make the protests more effective. U.S. involvement is not credited with any specific success, but CLB says Walmart did back down in a number of cases when confronted by well-organized actions at specific store locations.

These successes form the basis of hopes that the workers can build a larger and more powerful organization to confront Walmart, CLB concludes, but only if the ACFTU can be activated in their support. According to CLB, “the ACTFU as a national organization remains largely inert. There is, however, some reason for optimism in this regard too. The pressure on the ACFTU to reform is not just coming from workers. In 2015, China’s President and Party Secretary Xi Jinping ordered the ACFTU to come up with a plan to improve workplace representation. The ACFTU has so far managed to procrastinate and simply issue more platitudes pledging its allegiance to the Party and Xi Jinping in particular, but the pressure on the ACFTU to get its act together and really serve the interests of China’s workers is not going away.”

Any optimism about the ACFTU is probably misplaced, argues Li from the New York office of CLW. Speaking through an interpreter, Li tells In These Times that “Right now, we don’t really see that hope” that it will step forward as an effective advocate for workers. Protests have dropped off in 2017, although Walmart has not made any thorough labor policy reforms, he says. “Walmart actually hasn’t done anything to respond to workers,” other than to settle a relatively small number of lawsuits charging the company with individual violations of Chinese labor law, he says.

Anita Chan, co-editor of The China Journal and visiting fellow at Australian National University, echoed this bleak assessment. “The ACFTU did nothing to help despite repeated appeals by workers activists for help at different levels,” she tells In These Times.

Rebecca Lui, a Walmart spokesperson, refused to answer questions about ACFTU from In These Times, declining even to estimate the number of unionized workers in China. The company is continuing to expand, she says, opening 30 to 40 new Chinese stores this year. But much of the company’s expansion efforts are concentrated in online sales where new job opportunities are largely available with third-party logistics providers (or Uber-style on-demand employment), so the total number of Walmart employees in China has actually fallen over the last two years.

In These Times was unable to reach the ACFTU for comment.

Whether China’s unions can rise to the task of becoming a more grassroots representative of the workers is far from clear, offers Nelson Lichtenstein, an expert on Walmart’s labor development and a professor of history at the University of California-Santa Barbara. “ACFTU is not always a totalitarian creature of the Chinese Communist Party … At the local level, there are some legitimate worker activists,” he says. Unlike in the Unites States, Walmart retailing is still considered a “good job” in China (as compared to industrial work) so there will be pressure for labor reforms that will allow workers to maintain good incomes.”

Wages are rising all across China, and there isn’t any reason why Walmart should be exempted from that, particularly in relation to its China-based competitors. “There are a lot of good reasons for ACFTU to take a more pro-active approach,” to representing Walmart workers, Lichtenstein concludes.