Are You Sick? Blame Poverty. 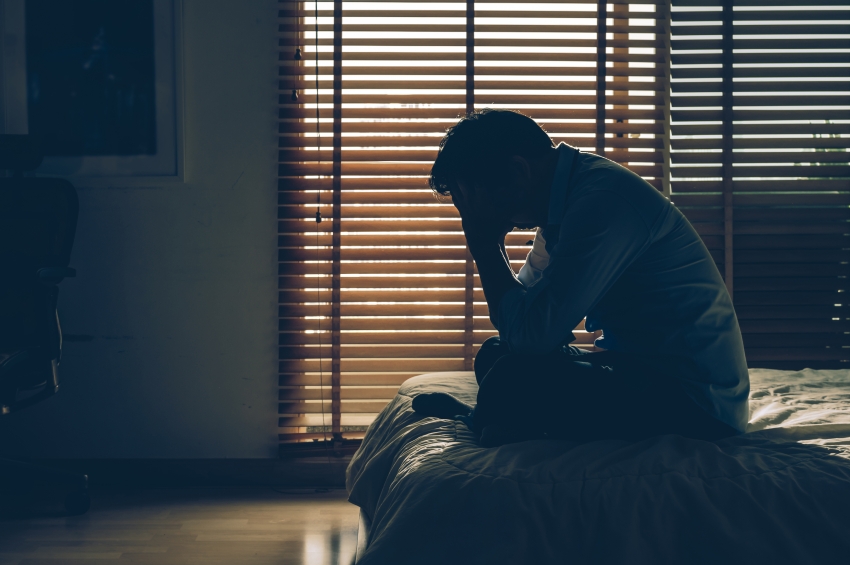 There is a unique, unceasing brand of stress that accompanies poverty. (TZIDO SUN/Shutterstock.com)

The United States faces some of the worst income inequality in the industrialized world, with the GOP tax bill poised to widen the divide and send more people below the poverty line. Now, there is mounting evidence that those on the losing end of this economic divide face a multitude of negative health impacts caused by poverty-related stress.

The link between stress and illness is not new information: The Greek physician and philosopher Galen wrote about the connection in 200 A.D.

In his 2017 book The Death Gap: How Inequality Kills, physician, social activist and author David A. Ansell explains that in poverty-stricken regions, life expectancies are 10 to 16 years lower than in high-income regions. He cites examples in Chicago, New York and Los Angeles, where neighborhoods within miles of each other can show life expectancy differences of decades. Drive up the 405 in Los Angeles, and life expectancy plummets by 16 years. The same goes if you take the Green Line from the Chicago Loop to Pulaski. Ride your bike a few miles North from the Upper East Side and life expectancy dips by a decade.

Many factors feed into the lower life expectancy in these regions, but Ansell notes that the primary killer is disease—predominantly cancer and heart disease. While these are complex diseases, numerous studies indicate these potentially deadly ailments are linked to stress.

An article published in April 2017 by Harvard Medical School explains how emotional stress leads to heightened activity in the amygdala, which can inflame arteries and increase the chance of a heart attack and other cardiovascular events.  The amygdala is associated with emotions, particularly fear, anxiety, and stress. And amygdala over-activation has been shown in studies conducted on low-income children.

There is a unique, unceasing brand of stress that accompanies poverty—and it starts from a very young age. A study published by Stanford University’s magazine on the internal impact of living in poverty found that “low-income children face a bewildering array of psychosocial and physical demands that place much pressure on their adaptive capacities and appear to be toxic to the developing brain.” An article published by Columbia University on the cognitive toxicity of stress in children found that a continual exposure to stress can “remake the architecture of a child’s developing brain” in ways that impact learning, memories and moral reasoning.

A lack of early cognitive development means many of these children will be behind from the very first day they set foot in a classroom, and the stress level only compounds from there.  Stress can drag a child down socially, psychologically, physically and emotionally—and it can lead to health problems later in life.

A study examining the link between stress and illness found that stress can influence gastrointestinal disease, asthma, coronary heart disease, ulcers and psychological illnesses. Another study published in 2004 by The Lancet asserts that stress probably impairs the immune system and “might promote the initiation and progression of some types of cancer.” Perpetual stress is also commonly known to impact one’s blood sugar and blood pressure, which can lead to an increased risk of type 2 diabetes and hypertension.

Many of the poverty-punished, stress-laden neighborhoods examined by Ansell and others are predominantly African American. The impoverishment of black neighborhoods in inner cities was not an accident; these regions were shaped by housing discrimination, redlining, police violence and educational inequality.

The oppressive smog of poverty is a form of structural violence, and—as Ansell puts it--inequality is itself a disease.