50 Years On, King’s Fight Against Racism and Poverty Remains Our Fight 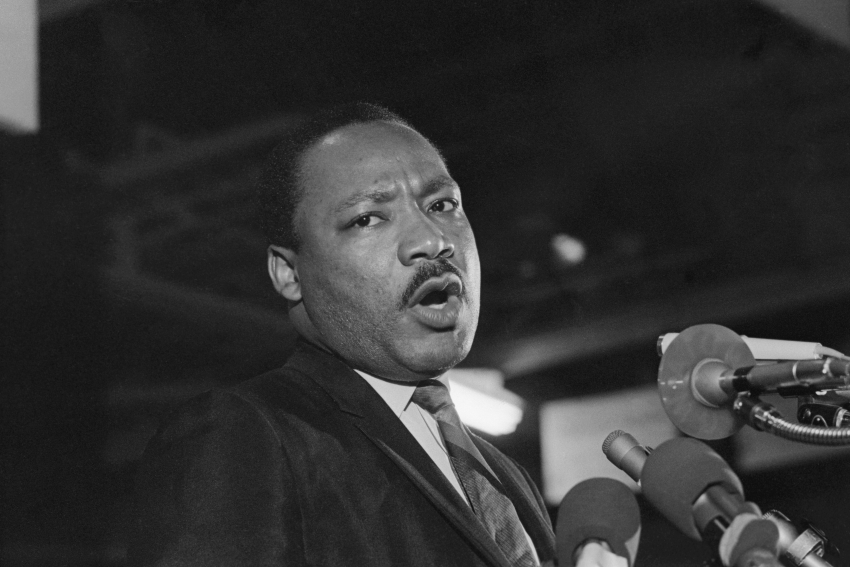 King believed in unionism as a vehicle for racial and economic justice for Black people.

On April 4th, 1968, 50 years ago today, Martin Luther King Jr. was assassinated amidst the struggle for workers’ rights in Memphis, Tennessee. After longstanding tensions mounted between Black sanitation workers and the City of Memphis, workers refused to report to work. The men used nonviolent tactics in protest of low wages and dangerous working conditions. They etched their cause in the minds of millions with signs that read “I Am A Man”.  Organizers called on clergy, including Martin Luther King Jr., to amplify the voices of the workers. King told workers that they were “reminding, not only Memphis, but [they were] reminding the nation that it is a crime for people to live in this rich nation and receive starvation wages.”

King’s presence in the Memphis Sanitation Workers’ fight was indicative of his support for unionism as a vehicle for racial and economic justice for Black people. His support, however, was not without critique. In a 1961 speech to the AFL- CIO, King recognized that many unions denied Black people membership or access to vocational programs. He urged labor leaders to see the importance of a unified movement, inclusive of all people.

King radically shaped the Civil Rights Movement and clearly defined the structural barriers prohibiting upward mobility for Black and poor people in the U.S. In his speech to the sanitation workers he declared, “all work has dignity”. He rhetorically asked, “Do you know that most of the poor people in our country are working every day? And they are making wages so low that they cannot begin to function in the mainstream of the economic life of our nation”. King chided government officials for allowing poor housing conditions, low wages, mass unemployment and inadequate schools in Black communities throughout the country.

Washington, DC continues to struggle with the pervasive racial and economic inequality that disturbed King and inspired his work.

King left people not only with impassioned words, but with tangible solutions. The Civil Rights Movement experienced wins with the passage of The Civil Rights Act of 1964 and the Voting Rights Act of 1965, but more still needed to be accomplished. In 1968, leaders of the Southern Christian Leadership Conference (SCLC) launched the 1968 Poor People’s Campaign. The campaign included direct actions and policy proposals for lawmakers.

In February 1968 leaders drafted the Economic and Social Bill of Rights. The document contextualized the experiences of the poor and proposed the following:

The assassination of Martin Luther King Jr. limited the success of the Poor People’s campaign. Led by King’s successor Reverend Ralph Abernathy, thousands marched on Washington and participated in the planned Resurrection City Action. Ultimately, leaders were unable to simplify the many interests of involved groups and the SCLC never formally adopted the Economic and Social Bill of Rights. Because of this, the campaign was unable to achieve any legislative wins. However, the campaign represented a pivotal shift in the Civil Rights Movement. Leaders made no attempt to prioritize class or race, but instead recognized the fundamental importance of both.

Many of the campaign’s proposed anti-poverty policies could only be achieved with bold investments and funding, and this remains true today. Advocacy and activist circles throughout the District continue to push for anti-poverty policies and funding mechanisms that will allow all residents to benefit from the District’s recent growth and prosperity. While progress has been made with the help of timeless leaders such as Martin Luther King Jr., an action-oriented fight for racial and economic justice must continue.

Brittany Alston joined the DC Fiscal Policy Institute in 2018 as a Policy Analyst focusing on workforce development in DC. She holds a B.A. in urban policy and planning from Rutgers University and a Master’s degree in city planning from University of Pennsylvania’s School of Design.