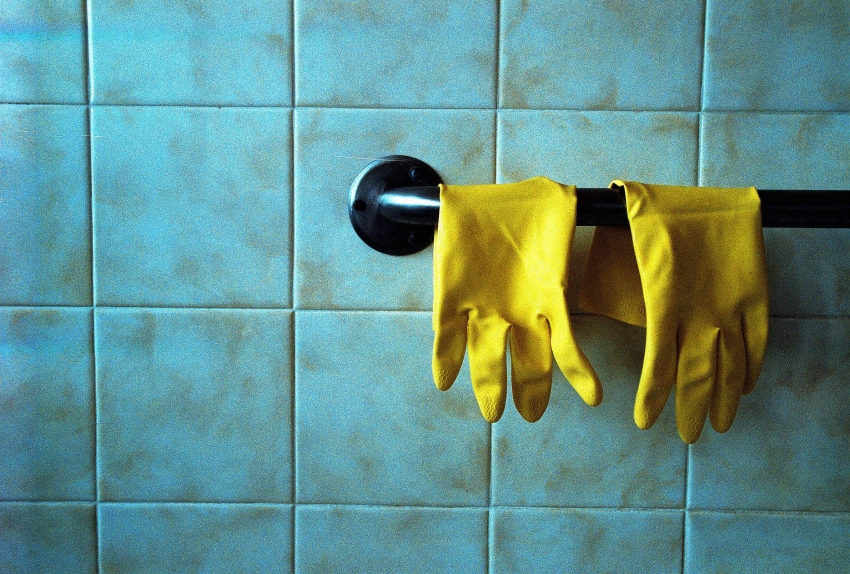 A new report finds that 19 percent of undocumented domestic workers in the Texas-Mexico borderlands were pushed or physically hurt on the job. (Photo by Fairfax Media via Getty Images)

Nearly one third of house cleaners in the Texas-Mexico border region say their employers have threatened to report them to immigration authorities, according to a report released June 19 by the National Domestic Workers Alliance (NDWA). Titled “Living in the Shadows,” the study paints a troubling picture of anti-immigrant sentiment within the domestic workplace, finding that employers use workers’ immigrant status to instill fear, as well as coerce and threaten them.

In 2016, three community-based organizations in the borderlands—A.Y.U.D.A. Inc., Fuerza del Valle Workers’ Center and Comité de Justicia Laboral—collaborated and trained 36 surveyors, most of whom were domestic workers themselves, to interview 516 domestic workers. The report is based off of these interviews. According to the surveys, 25 percent of undocumented domestic workers were threatened by their employers, 19 percent were pushed or physically hurt on the job and nearly 50 percent were asked to do work different from what they were hired for. Comparatively, the report finds, their documented counterparts faced these conditions at 10 percent, 6 percent and 18 percent respectively.

Domestic care workers are the backbone of the formal economy, doing the work that allows their employers to attend to their own jobs. They care for elders, disabled people and children, and cultivate functional households. Work in this private and hidden-away field is far less regulated, which leads to unlivable working conditions for the domestic care workforce. On the Texas-Mexico border, the domestic care workplace is flooded with chronic abuse. Twenty-seven percent of undocumented domestic workers said they were yelled at and 12 percent had been physically hurt. And six percent of elder care workers faced sexual assault.

The domestic workforce in the region is largely silenced. The study determines that 45 percent of the domestic workers surveyed did not go to their employers to advocate on their own behalf because they worried they that would lose their jobs. Twenty-nine percent of the total population surveyed feared their hours would be cut, and 26 percent of undocumented workers believed that their complaints would be met with violence. Eight percent of the workers surveyed, reported that an employer told them they could not leave their job if they wanted to, while 6 percent of the total reported than an employer kept their passport, visa or other immigrations papers.

Elena, 46, is a domestic worker in the Rio Grande Valley and one of the subjects of the report, as well as one of the interviewers. “I heard stories that truly shocked me,” she tells In These Times. “I met one live-in domestic worker whose employer made her sleep in the closet. Women who have been sexually assaulted but couldn’t speak up out of fear of their immigration status being used against them.”

A 2016 report by NDWA documented that 48 percent of domestic workers surveyed across 14 metropolitan areas are paid an hourly wage that is below the level needed to adequately support a family. Of the women surveyed at the Texas-Mexico border, 24 percent experienced wage theft. Many domestic workers provide round-the-clock service, but the 2018 report found that only 3 percent were paid overtime.

The 2018 study concludes that living conditions are even worse in the borderlands for domestic workers than nationally. Thirty-six percent of the total population surveyed reported that in the past 12 months someone in their house went hungry, compared to 20 percent of national respondents.

The care economy in the United States is characterized by long hours, low pay, low status and an employer-employee relationship that is private—and often harrowing. At the Texas-Mexico border, these conditions are exacerbated because of local immigration policies. The borderlands have seen an influx of people who seek to escape poverty South of the border to fulfill an ongoing demand of labor in the North. Texas hosts the second-largest undocumented population, with unauthorized immigrants making up more than 8 percent of the entire workforce.

Politically, the Texas government is strappingly anti-immigrant. Sanctuary policies are forbidden among municipalities, colleges and universities. In May 2017, SB4 was signed into law directing local governments and law enforcement to assume responsibility for immigration control, which has since seen a heightened surveillance program on the ground.

Many of the women surveyed live in colonias on the periphery of the major metropolitan areas of Texas. The colonias are sites of poverty and food insecurity and lack access to paved roads, potable water, adequate sewage systems or safe housing.

In These Times spoke with Rosa, 59, who is a part-time domestic worker and community organizer with Fuerza del Valle Workers’ Center. “With this new administration, things have definitely changed. Right now the wall of fear is larger than the wall separating the United States and Mexico,” Rosa said. “Immigrants are under constant surveillance in the coloniaswith border patrol, police, and the sheriff’s department constantly patrolling. We continue to see more arrests and deportations every day.”

Through grassroots organizing among domestic workers, with the support of the NDWA, and community-based workers’ rights organizations, domestic workers won a Domestic Workers’ Bill of Rights in New York (2010), Hawaii (2013), California (2014) and Massachusetts (2015). Some hope Texas will be next.

“For six years, I was seeing how domestic workers were organizing in California. And thought, how do we do that here in the valley! This report is allowing us to make public these struggles. I see it as a great step forward for us,” Elena told In These Times.

“This is an important step in raising our voices and making visible the fight for domestic workers’ rights," Rosa said of the report. "We hope this will push the Texas government to raise the standards in the industry."