The Washington Post Tried to Penalize a Writer for Criticizing Jeff Bezos. He Fought Back—And Won. 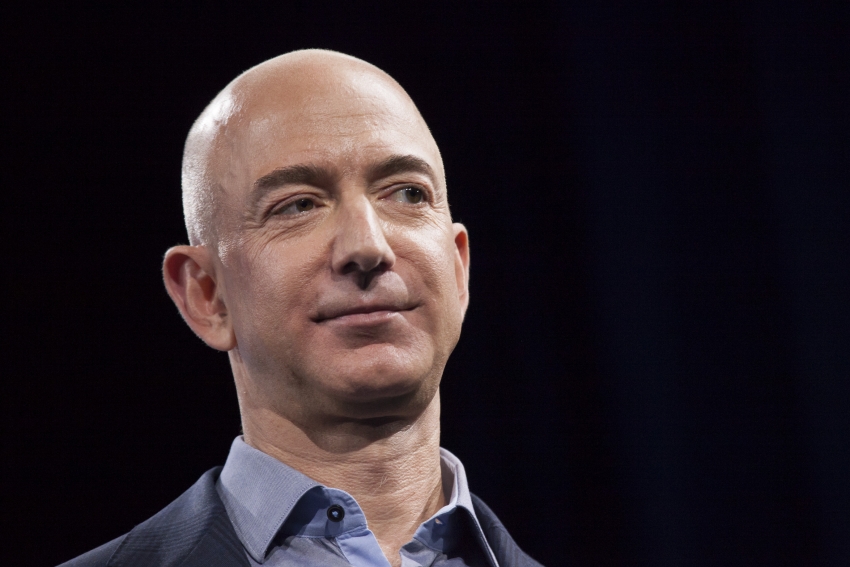 Fredrick Kunkle was upset. A staff writer for the Washington Post’s Metro desk, he noticed Amazon founder Jeff Bezos, the owner of his newspaper, musing on Twitter about what to do with his money, which happens to be more than any human being has ever accumulated in modern history. Kunkle had an idea for the funds: reversing the hits Bezos had forced upon Post workers in successive contract negotiations.

The co-chair of the Washington-Baltimore News Guild’s collective bargaining unit at the paper, Kunkle witnessed in 2014 Bezos’ management team freeze defined-benefit pensions for non-union employees, replacing them with a lump sum or annuity for older workers, and a 401(k) plan for newer ones. Management also tried to eliminate health insurance from part-time employees, which the union managed to salvage by giving back wages. When the next contract came up in 2017, management sought to slash severance in half, while also conditioning the payments on a legal waiver from any lawsuit against the Post, a company that had recently settled a case of alleged racial discrimination.

In other words, while Bezos had made significant investments to revive the Post, he was stripping benefits from its workers and treating them as easily expendable, matching his storied mistreatment of workers at Amazon.

Kunkle had never shied away from media attention and speaking out against Bezos’ hardline tactics. So he used his talents to pen an op-ed, contrasting Bezos’ attempts to focus on philanthropy with the experience of those working beneath him.

“It should go without saying that charitable giving for medical research and other worthy causes is important and necessary,” Kunkle wrote. “But as with other multi-billionaires, Bezos should remember that his vast wealth came in part from labor, and he should do more to share that wealth with workers. Instead, Bezos has shown that he views his employees as parts in a high-tech machine, that income inequality is someone else’s problem, and that modern corporations owe little more to their employees than a paycheck.”

Kunkle first offered the article to the Post, but they declined; eventually Kunkle published it for free in the Huffington Post in September 2017. But shortly afterwards, Kunkle was given a written warning by the paper for “freelancing for a competing publication without permission.”

This disciplining was illegal, according to a memo from the Office of General Counsel of the National Labor Relations Board (NLRB) released last Friday. While the memo stated that it was legal for the Post to restrict its staff writers from publishing in other outlets, because Kunkle wasn’t paid for the HuffPost op-ed, he was engaging in protected labor activity by highlighting Bezos’ actions against Post workers.

“Since the reporter was not paid for the article and did not violate the no-freelancing rule, conduct was no different from that of any employee speaking out about working conditions in a letter to the editor of a newspaper or other communication with the public,” wrote Jayme Sophir, head of the NLRB's Division of Advice, in the memo.

The fact that Kunkle requested that the Post run the op-ed first, as per the newspaper’s standards, also played into the decision. Sophir concluded that nothing in the op-ed was untrue or disparaging, and it could not be kept from the public or subject the author to a reprimand.

While the memo didn’t explicitly identify Kunkle, it did note the title of the op-ed in question: “Jeff Bezos Wants To Give More Money To Charity. He Should Pay His Workers First.” That was Kunkle’s article. The memo was written in July; its existence was only revealed last week.

This is an important victory for free speech rights at work, beyond the very unique circumstances of Kunkle’s situation. Everyone should have the ability to criticize their employer, not just the co-chair of a union bargaining unit. Far too many workers are intimidated against doing so, and few have access to op-ed pages to broadcast their message. The clerk at the local supermarket or the telephone lineman fixing a utility pole can express their opinions about their jobs, and we all benefit from their perspective and how it might apply to where we work.

But Kunkle in some ways had a greater task, because his criticism was levied at Jeff Bezos, someone with more money and as much power as anyone in America. Bezos is using charity as a shield, to overshadow and deflect criticism of his workplace practices. His recent establishment of a $2 billion charity called the Day One Fund, focused on low-income preschools and fighting homelessness, generated positive headlines, while the experience of Amazon delivery drivers, denied overtime and forced to urinate into bottles rather than take breaks, remains more obscure.

The Post’s journalists may be unionized, unlike Amazon workers. But Bezos is systemically chipping away at their benefits with each successive contract, in what appears to be an ideological crusade against workers sharing in the fruits of a successful business. Key to this tactic is the cone of silence Bezos wants to build around his workplaces, so nobody can speak out. The NLRB, at least in Kunkle’s case, put a stop to that.

Kunkle told In These Times that he was "delighted to read the memo and especially happy that the NLRB’s general counsel published it as guidance for others," affirming that all employees have the right to speak out publicly about working conditions. He hasn't gotten an apology from the Post, but said that was beside the point. "What I hope for more is a sign that Jeff Bezos might wake up to the idea one of these days that he owes more to society and his employees than the minimum he can get away with."

Disclosure: In These Times workers are unionized with The Washington-Baltimore Newspaper Guild, CWA Local 32035.