Robert Reich: Break Up Facebook (and, While We’re At It, Google, Apple and Amazon) 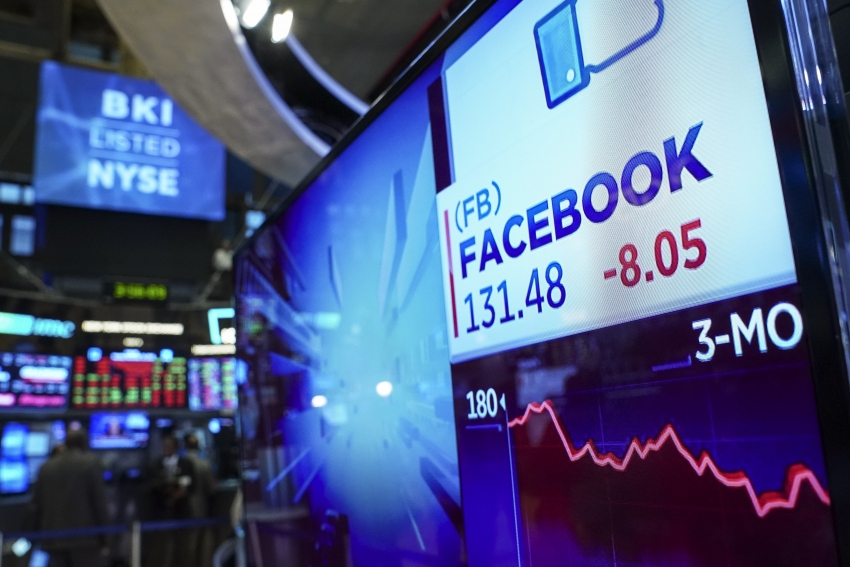 America’s Gilded Age of the late 19th century began with a raft of innovations — railroads, steel production, oil extraction — but culminated in mammoth trusts owned by “robber barons” who used their wealth and power to drive out competitors and corrupt American politics.

We’re now in a second Gilded Age — ushered in by semiconductors, software and the internet — that has spawned a handful of giant high-tech companies.

Facebook and Google dominate advertising. They’re the first stops for many Americans seeking news. Apple dominates smartphones and laptop computers. Amazon is now the first stop for a third of all American consumers seeking to buy anything.

This consolidation at the heart of the American economy creates two big problems.

First, it stifles innovation. Contrary to the conventional view of a U.S. economy bubbling with inventive small companies, the rate at which new job-creating businesses have formed in the United States has been halved since 2004, according to the census.

The second problem is political. These enormous concentrations of economic power generate political clout that’s easily abused, as the New York Times investigation of Facebook reveals. How long will it be before Facebook uses its own data and platform against critics? Or before potential critics are silenced even by the possibility?

America responded to the Gilded Age’s abuses of corporate power with antitrust laws that allowed the government to break up the largest concentrations.

It is time to use antitrust again. We should break up the high-tech behemoths, or at least require that they make their proprietary technology and data publicly available and share their platforms with smaller competitors.

There would be little cost to the economy, because these giant firms rely on innovation rather than economies of scale — and, as noted, they’re likely to be impeding innovation overall.

Is this politically feasible? Unlike the Teddy Roosevelt Republicans, Trump and his enablers in Congress have shown little appetite for antitrust enforcement.

But Democrats have shown no greater appetite — especially when it comes to Big Tech.

In 2012, the staff of the Federal Trade Commission’s bureau of competition submitted to the commissioners a 160-page analysis of Google’s dominance in the search and related advertising markets, and recommended suing Google for conduct that “has resulted — and will result — in real harm to consumers and to innovation.” But the commissioners, most of them Democratic appointees, chose not to pursue the case.

The Democrats’ new “better deal” platform, which they unveiled a few months before the midterm elections, included a proposal to attack corporate monopolies in industries as wide-ranging as airlines, eyeglasses and beer. But, notably, the proposal didn’t mention Big Tech.

Maybe the Democrats are reluctant to attack Big Tech because the industry has directed so much political funding to Democrats. In the 2018 midterms, the largest recipient of Big Tech’s largesse, ActBlue, a fundraising platform for progressive candidates, collected nearly $1 billion, according to the Center for Responsive Politics.

As the Times investigation of Facebook makes clear, political power can’t be separated from economic power. Both are prone to abuse.

One of the original goals of antitrust law was to prevent such abuses.

“The enterprises of the country are aggregating vast corporate combinations of unexampled capital, boldly marching, not for economical conquests only, but for political power,” warned Edward G. Ryan, chief justice of Wisconsin’s Supreme Court, in 1873.

Antitrust law was viewed as a means of preventing giant corporations from undermining democracy.

We are now in a second Gilded Age, similar to the first when Congress enacted Sherman’s law. As then, giant firms at the center of the American economy are distorting the market and our politics.

We must resurrect antitrust.

This piece first appeared at RobertReich.org.