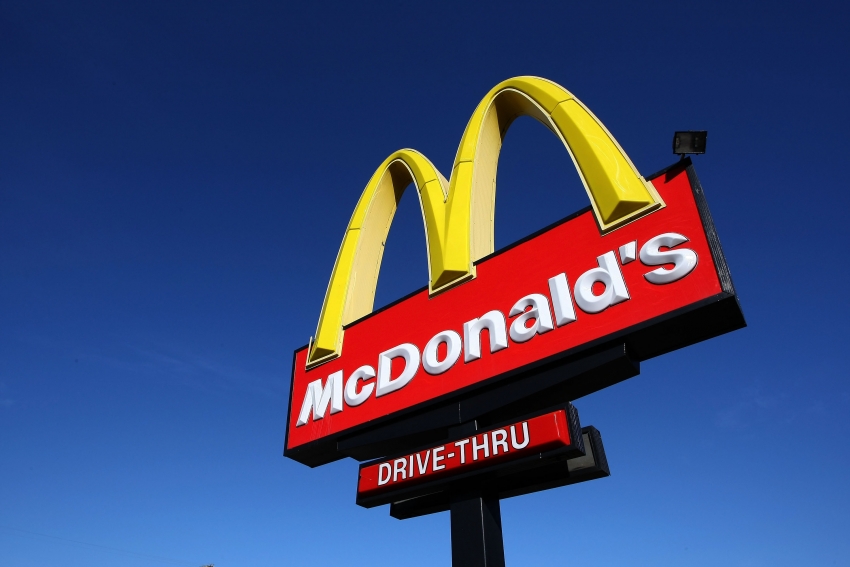 McDonald's has surrendered on the issue of wage increases. (Photo by Justin Sullivan/Getty Images)

In March, the McDonald’s Corporation announced that it would no longer actively lobby against local, state and federal efforts to raise the minimum wage to $15 an hour. The move comes as Democrats in the U.S. House have thrown their weight behind a bill to raise the federal minimum wage from $7.25 to $15 per hour by 2024.

The decision by McDonald’s was made public in a recent letter sent from Genna Gent, vice president of U.S. government relations for McDonald’s, to the National Restaurant Association,  an industry group that represents more than 500,000 restaurant businesses across the country.

According to the corporate watchdog group, SourceWatch, the National Restaurant Association is a key lobbying group that has fought hard in recent years to block worker-friendly issues such as paid sick days and increases in the minimum wage. As Politico reporter Rebecca Rainey explained, losing McDonald’s as an ally in the fight against wage hikes serves as a “serious blow to the trade group.”

Despite the decision, however, the National Restaurant Association has stood by McDonald’s and recently called the company a “valued member” of its organization.

While initially seen as an upstart movement funded by labor union activists, the fight for a higher minimum wage appears to have moved squarely into the mainstream political landscape and is likely to remain a key campaign issue throughout the 2020 election.

Writing in the trade publication Restaurant Business in January, Peter Romeo declared that the “$15 minimum wage is already a presidential campaign issue.” Romeo noted that Vermont Sen. Bernie Sanders, a current contender for the nation’s highest office, has “already set the so-called living wage as an issue he’ll keep front and center.” In so doing, Sanders’ support, which he has expressed since at least 2015, could “prove a test for fellow senators who hope to land the Democratic nomination by winning the support of unions and blue-collar voters.”

One of the groups that has been calling attention to labor and wage issues in the restaurant industry is the nonprofit Restaurant Opportunities Centers United (ROCU). Anthony Advincula, the public affairs officer for ROCU, tells In These Times that he feels hopeful after McDonald’s decision to stop lobbying against a minimum wage increase.

“We applaud McDonald’s efforts to not block the move to raise wages,” Advincula says, before expressing a note of caution. McDonald’s decision is a “good sign,” he insists, but not cause for celebration just yet. “We are not going to stop. The workers as well as the unions will never step backwards,” Advincula added, indicating that the fight now for groups such as his is to help ensure that the federal minimum wage bill becomes more than just a campaign talking point.

The Democrats in the House are largely in support of such a wage raise, but many in the Republican-controlled Senate have voiced their opposition to the proposed increase, meaning the Raise the Wage bill—the current legislation lifting the minimum wage to $15—could soon hit a dead end.

Regardless of these roadblocks, many observers see undeniable momentum on this issue. Companies such as Amazon, Target, Bank of America and Costco have independently committed to raising workers’ wages, perhaps in part to avoid the increasingly negative attention some have received over their employees’ inability to make ends meet while company profits soar.

Yet while the McDonald’s Corporation has stated that it actively fight wage increases, it still has not agreed to raise its own minimum wage. In her letter to the National Restaurant Association, Gent argued that the “average starting wage at its corporate-owned stores already exceeds $10 per hour,” according to a Politico report. That figure is higher than the federal minimum of $7.25 per hour. Gent also noted that individual franchise owners set the pay rate for their own locations.

The lack of commitment to an overall minimum wage increase from McDonald’s has led some to dismiss the company’s recent announcement as little more than a publicity stunt. Still, in an op-ed published in the Chicago Sun-Times, Christine Owens, Executive Director of the National Employment Law Project, stated that McDonald’s decision to stop participating in the campaign against minimum wage increases is a sign that such opposition is “untenable in today’s America.”

“There’s no doubt the company’s decision is a direct response to the thousands and thousands of McDonald’s workers who’ve taken to the streets, gone on strike and even gotten arrested to further their fight for $15 an hour and a union,” Owens wrote. She then tapped into the growing political and popular support for wage increases, noting that the company’s “move comes at a time when McDonald’s opposition to minimum wage increases has clearly become out of step with both the politics around wages and the actions of companies across the country.”