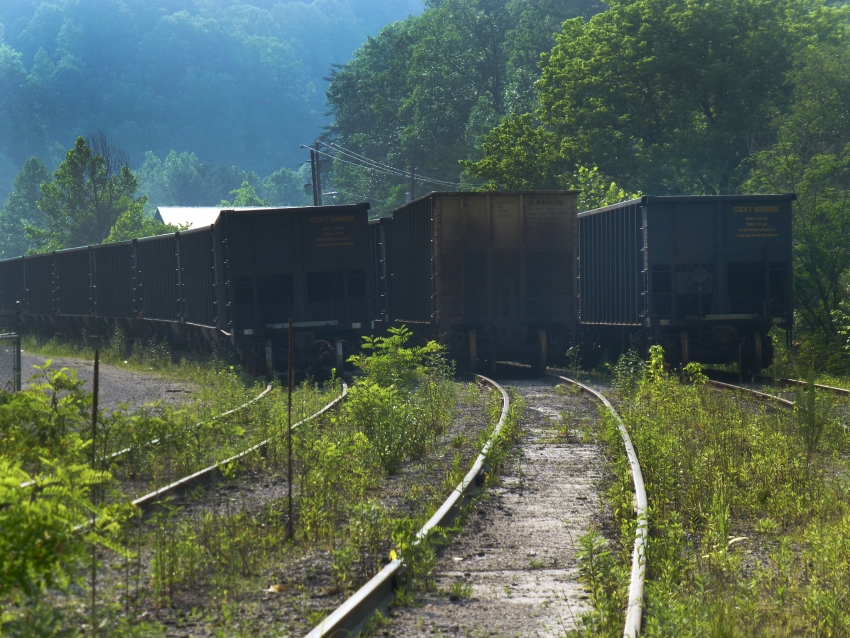 In late March, Republican Rep. Andy Barr of Kentucky—a member of the Congressional Coal Caucus—invited Democratic Rep. Alexandria Ocasio-Cortez of New York to come to his state to talk with coal miners about what her proposed Green New Deal  “would mean for their families, their paychecks.” The invitation came after Ocasio-Cortez spoke passionately in Congress against the idea that aggressively tackling climate change is something that matters only to rich, coastal elites.

Ocasio-Cortez readily embraced Barr’s invitation to visit Appalachia, but a couple weeks later, when she criticized another Republican congressman, Republican Rep. Dan Crenshaw from Texas, for his condemnation of Rep. Ilhan Omar—Barr demanded Ocasio-Cortez apologize to his colleague before visiting. The public drama continued to escalate, with Ocasio-Cortez saying the GOP is clearly “getting scared” of her coming to Kentucky, where constituents “will realize I’m fighting harder for their healthcare than their own Reps.

While some in Kentucky chuckled over the fact that Barr’s legislative district doesn’t actually have any coal mines, activists nonetheless say they understand that any successful Green New Deal will require engaging those most directly affected by the energy transition, like those living in West Virginia and Kentucky.

Forty-four-year-old Scott Shoupe offers a model of what’s possible. Shoupe spent 22 years working as an underground coal miner in eastern Kentucky, and finally left the industry last April. He has black lung, two ruptured vertebrae and other health problems. Feeling generally burnt out, Shoupe said he knew the coal industry was headed for an irreversible decline, yet he didn’t know what he could do instead. (The U.S. Energy Information Administration projects coal production will decline through 2040 in Central Appalachia.)

Shoupe eventually enrolled in a six-month job retraining internship, sponsored by the Mountain Association for Community Economic Development, a local nonprofit. Interns are paid hourly wages and health benefits while earning credentials for a wide range of energy efficiency skills, like solar paneling and weatherization. After graduating from the internship program, Shoupe started his own consulting business, where he now works on energy efficiency and renewables for commercial and residential clients. He says that while he took a pay cut to participate in the internship, he thinks by the end of his first year of business he’ll be earning more money than he did when he worked as a miner.

One challenge, Shoupe said, is convincing other members of his community that coal—long understood as a boom-and-bust industry—is really not coming back. The political influence of the coal industry remains strong, and “you’ve got a lot of people in this area who really truly think President Donald Trump is going to bring coal jobs back,” he said. Since Trump took office, Kentucky has lost more coal jobs.

While Shoupe feels optimistic that other coal miners could go through the type of retraining program he did, he warns that a major challenge will be persuading miners to sacrifice their high earning potential. Ocasio-Cortez has said it’s her priority to make sure that miners’ pensions remain fully-funded, and she has co-sponsored a bill to prevent miners’ healthcare and pension benefits from being lost as a result of company bankruptcy. But Shoupe says workers could still expect to see a cut in wages in their new jobs.

“It’s really tough because with coal, an 18 year old out of high school could earn $60,000 or $70,000 their first year on the job,” he said. “That’s one thing people overlook when they talk about a just transition, and I don’t know the answer to it. Many people with college degrees can’t even find that type of work.”

Another challenge is convincing non-coal miners who rely on the coal industry to support bold climate legislation. While advocates for the Green New Deal support a "job guarantee" as a path for economic prosperity, details on what that would mean in practice remain scant. John Quintrell, a general manager of JRL Coal in Harlan County, told the local CBS-affiliated television station that without coal in the region, other local businesses might disappear. “Everything from the biscuits the guys buy in the morning, to the groceries, to the local hardware stores, the car dealerships, everything is based around coal,” he said.

While focusing on the future employment of miners makes sense and carries clear political logic, others say that prioritizing those who already earn decent livings risks missing the fact that most of the state has long been shut out of good economic opportunity.

Tom Sexton, the 33-year-old co-host of the leftist Kentucky podcast, Trillbilly Worker’s Party, reflects on how politicians and the media characterize coal miners in his state. “I grew up in a single-parent household. My mom never made more than $13 an hour and she retired last year,” he said. “We always looked at coal miners’ kids as the rich kids, and now the indigent miner has become an archetype and it’s so weird to contextualize that with how I grew up, and just the working poor in Kentucky in general.”

Sexton expects a Green New Deal to be a bigger political undertaking than its supporters have suggested. “I’m not saying that to be a stick in the mud,” he explained. “I just think we need to know what we’re getting into.”

Kentucky has been trending right in recent years, and Republicans have had full control over the state’s government since 2016. In 2017, state lawmakers approved right-to-work legislation, and as of last year, for the first time since the Civil War, Democrats no longer make up the majority of registered Kentucky voters. There are also no active union-run coal mines left the state.

But Sexton notes support for ambitious federal initiatives like the New Deal has precedent in his state. “FDR was just a peg or two under Jesus Christ here,” he jokes. “You still hear that from people in their 80s who are still very much tied to the Democratic Party of yesterday, including my family.” And the GOP’s dominance in Frankfort is still a relatively new phenomenon. Before Republicans seized control of the state House in 2016, Democrats had controlled the chamber for the preceding 95 years.

“I guess what I don’t want to see happen in the Green New Deal is we just get a greener capitalism,” Sexton said. “And I understand that you build bridges to get to the ideal world that you want to live in, but there are so many things we need to restructure and it just doesn’t seem like politicians are thinking about this in a very revolutionary sense.”

While Republican legislators in Kentucky remain skeptical about the Green New Deal, and aggressively tackling climate change in general, other residents across the state have said they will not wait around for their sluggish politicians to act.

In 2017, Kentuckians For The Commonwealth, a statewide community organization, released its “Empower Kentucky” plan for transitioning to a clean energy economy and implementing a just transition by 2032. The plan was developed over two years of concerted grassroots outreach, where leaders engaged over 1,200 residents to help determine the plan’s 15-year goals. Among other things, the plan calls for reducing electricity demand by 17 percent, generating a quarter of Kentucky’s electricity from renewable sources, distributing 18 percent of energy-saving benefits to low-income households, and implementing a $1 carbon tax that would then help coal mining communities and residents transition to new jobs.

“In the absence of responsible public leadership or any effort to develop a state plan,” the report states, “Kentuckians For The Commonwealth stepped up to take on the task.”

On Saturday, as part of their "Road to a Green New Deal Tour," the youth-led Sunrise movement is sponsoring an event in Frankfort, with the backing of Kentuckians For the Commonwealth and SEIU 32BJ. Scott Shoupe will be telling his story at the event, too.

“I think a lot of people can do what I did,” Shoupe says of his career shift. “I think anyone [who] truly wants to can do it, it just takes a little initiative and drive. Everything in life isn’t easy, but—yeah man—anyone could do it.”