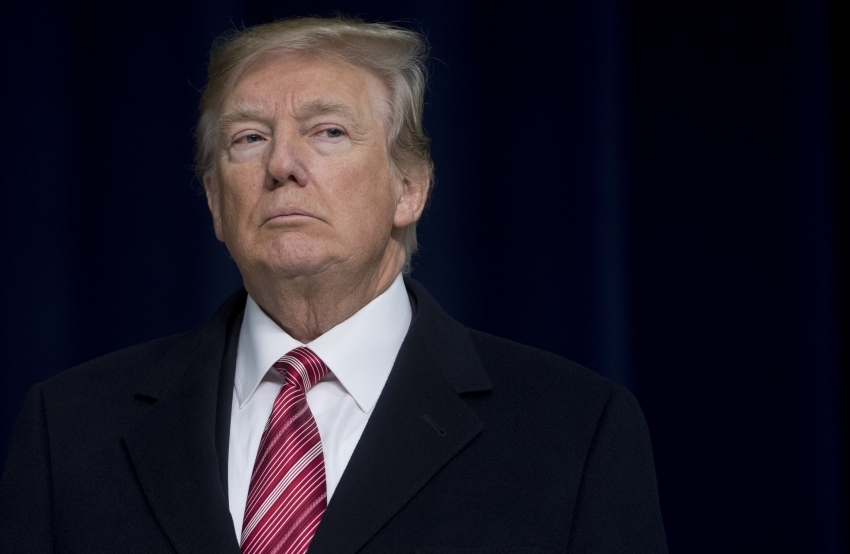 Some events give extraordinary insights into the biases of the economics profession. The trade war with China clearly fit the bill.

The origins of the trade war can be traced to campaign promises Trump made to go after China over its large trade surplus with the United States, which he attributed to “currency manipulation.” The argument was that by intervening in currency markets (buying up U.S. dollars), China was propping up the value of the dollar against its own currency.

While most economists now acknowledge that China was intervening in currency markets in the last decade (they did not acknowledge the currency intervention at the time), they insist that this is no longer an issue. China is no longer a large net buyer of dollar denominated assets, so the argument goes, therefore it is not currently keeping down the value of its currency against the dollar.

As I have argued elsewhere, this argument ignores the effect of China holding well in excess of $3 trillion worth of dollar denominated assets. Its decision to hold a massive stock of dollar assets depresses the value of the Chinese yuan against the dollar, thereby maintaining the competitive advantage from a lower valued currency.

This is the same logic that applies with the Fed’s decision to hold trillions of dollars worth of assets that it acquired as part of its quantitative easing program. Even though the Fed is not currently buying assets, most economists argue that its holding of assets still works to keep down interest rates. Perhaps in the next decade they will acknowledge that the same relationship holds with China’s massive stock of dollars and the relative value of the dollar and the yuan, but for now they insist that currency intervention was only an issue in the past.

This is important background, because currency values will directly affect our trade balance with China, and thereby impact the number of manufacturing jobs in the United States. While reducing the trade deficit will not get back most of the relatively high paying manufacturing jobs that were lost in the last decade, it would likely still be a plus for relatively less-educated workers who still rely on manufacturing as a source of higher paying jobs.

Although currency is mostly off the table in Trump’s trade war, intellectual property is very much on the table. And here Trump has the support of economists across the political spectrum, who argue that he has a legitimate complaint, even if they don’t endorse his go it alone cowboy tactics.

The complaint is the China is not respecting “our” intellectual property. This lack of respect takes two main forms. One is simply not honoring the patents, copyrights, and trademarks of U.S. corporations. The other is requiring technology transfers by U.S. corporations that locate operations in China. This usually means taking on a domestic Chinese company as a partner, which will then gain expertise in the use of the U.S. company’s technology.

It is very impressive how the bulk of the economics profession has been willing to legitimate the switch in focus of Trump’s trade war. He had run around the country in his campaign denouncing China as a world class currency manipulator. He pledged to take punitive actions against China for its currency practices on Day One of his administration. Getting China to raise the value of its currency against the dollar actually would have provided some benefit to U.S. workers. But now currency is off the table and we are fighting a trade war to protect “our” intellectual property.

If it’s not obvious already, it is not “our” intellectual property that Trump and his bipartisan crew of economist cheerleaders are interested in protecting. It is the intellectual property of large corporations like Boeing, GE, Pfizer, and Microsoft. Very few people in the United States are in a position where they have to worry about China using their patents or copyrights without compensation. This is a real concern to many large U.S. corporations. The question is whether it should be a concern to the rest of us.

Most immediately, the concerns of ordinary workers are likely to go in the opposite direction. If companies like Boeing and General Electric don’t have to worry about being forced to transfer technology to Chinese companies when they outsource to China, they will have more incentive to outsource to China. That’s about as straightforward as it gets. Instead of reducing our trade deficit in manufacturing goods, this change is likely to increase it.

But this goes to an even deeper issue. We have seen a massive increase in wage inequality over the last four decades. Most economists probably believe some version of the skills biased technical change story – that new technologies have placed a greater premium on skills like math, science, and engineering – while reducing the value of less-educated workers.

Trump’s trade war gives us an insight into the real story. It was not technology that led him to focus his efforts on protecting intellectual property to the neglect of currency issues; it was a political decision made in response to the political power of the most affected groups. And, Boeing, GE, and the rest have far more political power than the workers who labor in their factories or indeed, less-educated workers as a class.

Trump and the political elites more generally are prepared to have a trade war to protect the intellectual property of large U.S. corporations, and indirectly to benefit the more highly paid segment of the labor force. They would not do the same to increase the employment and wage prospects for less-educated workers, the two-thirds of the labor force without a college degree.

To be clear, there is an issue that we should not be allowing China to take at no cost the technology that we spent hundreds of billions of dollars to develop. That is a reasonable argument, but that hardly implies that we need to force them to respect patent and copyright protection.

We need to ensure that China and other countries share in the cost of developing new technologies. There are far more modern and efficient mechanisms than patent monopolies, which are a relic of the Medieval guild system. While negotiating sharing mechanisms may be a difficult process, it is not obviously more difficult than preserving the patent system. President Obama likely would have had the Trans-Pacific Partnership completed and approved by Congress before he left office if it had not been for haggling over terms of drug patent-related protections.

It is also important to recognize that we will likely have far more to gain from having access to China’s technology than the other way around. China is already far and away the global leader in clean technologies, with as much installed solar and wind energy as the rest of the world combined, and an electric car industry that now produces as many cars as all other countries put together.

China currently spends roughly the same share of its GDP on research and development as the United States. Its economy is already 25 percent larger than the US economy and will be more than twice as large in less than a decade. Rather than focusing on bottling up U.S. technology, a forward-thinking trade agenda would be focused on ensuring our access to Chinese technology.

Unfortunately, trade policy is not crafted in the national interest, it is crafted with the goal of making the rich richer. This is what Donald Trump’s trade war is all about. And, as is the case with so many other wars, it is about working class people being forced to sacrifice by paying high tariffs to advance the goals of the rich.

This article is reprinted with permission from the Center for Economic and Policy Research.