Amazon Will Not Change Without a Union 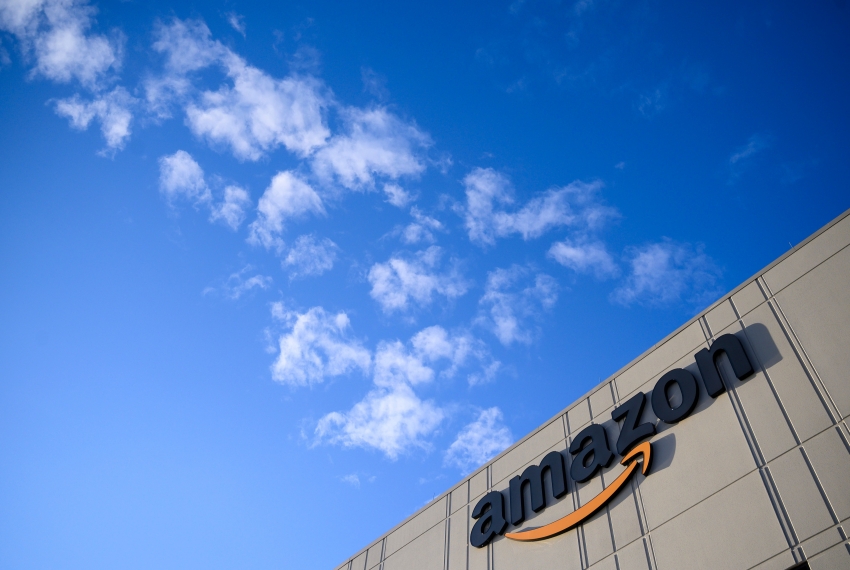 This photo shows the Amazon logo at the 855,000-square-foot Amazon fulfillment center in Staten Island, one of the five boroughs of New York City, on February 5, 2019. (Photo by Johannes EISELE / AFP)

Since the beginning of the coronavirus crisis, Jeff Bezos has gotten $24 billion richer. Amazon’s stock price has risen more than 40% since mid-March. This explosive creation of corporate wealth has coincided with an unprecedented level of labor activism against Amazon, including multiple well-publicized workplace walkouts, protests, and a growing drumbeat of negative PR about the company’s handling of the pandemic, particularly regarding the workplace safety of warehouse workers. There has never been as much coordinated labor action against Amazon. And Amazon has never been more successful. If the goal is to truly change Amazon, it’s time to make the strategy sharper.

Yes, Amazon is a behemoth. It is not just a trillion-dollar company run by the world’s richest man; it is a machine that is slowly eradicating the traditional retail industry in America and changing the entire landscape of work. It is the engine that will eliminate millions of service industry jobs and reconstitute them as warehouse jobs. For this reason, Amazon warehouse workers are the most strategically important workers in America for the labor movement. If unions aspire to the fundamental goal of ensuring that working people get a fair share of the proceeds of the economy they create, then unions must be able to exert serious influence in the strongest parts of the economy. It’s that simple. If unions are relegated to economic niches, they will not be able to transform the economy in favor of workers in the way they should. And for decades, with the decline of manufacturing and the rise of anti-labor law, this is exactly what has been happening. If Amazon is America’s most powerful company, the influence of organized labor must be strong inside Amazon. Otherwise, organized labor cannot accomplish its mission on a national scale. The efforts of labor campaigns should be evaluated with this reality in mind.

These facts have been clear for years. The covid pandemic has provided an opportunity for a host of labor groups, many operating under the Athena Coalition, to crank up pressure on the company with walkouts and a media campaign—and the company has responded by firing both warehouse workers and tech workers who protested, exhibiting a bold industrial shamelessness that would make Henry Frick proud.

Because labor organizing is so difficult, and the odds are stacked so high against regular working people, we often tend to focus exclusively on what workers have won, emphasizing and celebrating every sign of hope or victory, no matter how small. This is important for the sake of morale. But it is equally important to look at our campaigns in the cold economic light of the corporate view. From the perspective of Amazon, here is what has happened lately: Their stock price is through the roof; the are rapidly capturing market share from wounded and dying competitors; they are hiring tens of thousands of new employees to meet exploding demand; and all signs indicate that they will come out on the other side of this crisis stronger than ever before. Shareholders and executives are fat, happy, and rich. A few minor flare-ups of labor unrest here and there is an exceeding small price to pay for what the bottom line is telling them right now.

I am sorry to say that there is only one thing that organized labor can do that will have any real lasting impact on Amazon, and that is: unionizing it. Neither a media campaign nor a PR campaign nor a political campaign is going to cut it. I say this not to denigrate any of the activists doing that work now, nor any of the brave Amazon employees who have agitated and spoken out at the risk of losing their jobs and being demonized by corporate spokespeople. All of that work is valuable. But it is valuable instrumentally, in that it lays the groundwork for a successful union campaign. A union can exercise power directly in a way that none of these other tactics can. Amazon warehouse workers who are unionized can win better pay and better benefits and a safer workplace directly, through collective bargaining, rather than indirectly through public pressure that may well simply be ignored by their staggeringly rich and powerful employer. The primary goal of all of the Amazon-related work that is being done by political and labor activists must be to unionize as much of the company as can possibly be unionized. That is the path to power. Realistically, the only path.

Will it be easy? No. It will be very hard. Walmart was the Amazon of a previous generation. It got much of the same sort of attention from organized labor. Are there any unionized Walmarts? To make a very long story short: no. A year and a half ago, the Retail Workers union announced with great fanfare that they were organizing an Amazon warehouse on Staten Island. Has that warehouse been unionized? No. The Fight For 15 is an example of a labor campaign that has, in fact, won widespread concrete wage gains for fast food workers without creating any unions. But the fast food industry is different from Amazon. It includes many different employers, who can be played off against one another; unlike Amazon, it is a public-facing retail business with physical locations that open it up to a much greater variety of public actions; and huge portions of its work force can reap substantial increases in pay from minimum wage increases that can be imposed on the local or state level, which is less true for Amazon, where hourly pay is somewhat higher.

The amount of money that Jeff Bezos made in the past month is many times greater than the combined budgets of every labor union in America. The labor movement cannot hire more PR consultants, lobbyists, or advertising firms than Amazon, nor can the company’s economic influence over politicians and regulators be matched. Jeff Bezos could personally fund ten anti-labor campaigns the size of the entire Fight For 15 out of his own pocket and not even miss the money.

Yes, it will be hard. But it is necessary if we want to prevent the future of work in America from being ground up in a vast algorithmic machine in service of a lone mega-billionaire. So it has to be done. The one thing that all of Amazon’s spending cannot change is the fact that, if 50% plus one of the employees in an Amazon warehouse decide that they want to stop being exploited, they will have a union, by law. And once they have a union, they will collectively bargain, by law. And once they collectively bargain, they become a serious force to be reckoned with, something that Amazon has never yet had to deal with. There is a reason why companies like Amazon have such sophisticated internal anti-union surveillance systems. It is because they understand that a union gives employees a type of power that they will never otherwise have. Not a power that depends on influencing others, but an inherent structural power of their own.

Is Amazon willing to close down sophisticated fulfillment centers to stop union campaigns, costing themselves hundreds of millions of dollars? Perhaps. Are they willing to fire and retaliate against any worker they think might be an organizer? Perhaps. But those are the stakes. This is a long war. The alternative is allowing Jeff Bezos, a man who said that he could not think of any way to spend his fortune except space travel even after his employees had been complaining of horrific workplace exploitation for decades, to set the agenda for working conditions in America. The alternative is unacceptable. The alternative is death to organized labor, and it is doom and poverty to working people. So we fight it. We have to fight it with the strongest weapon we have. That’s a union. Everything else must be a step in that direction. Otherwise, we will look back in 20 years, wondering why we lost.