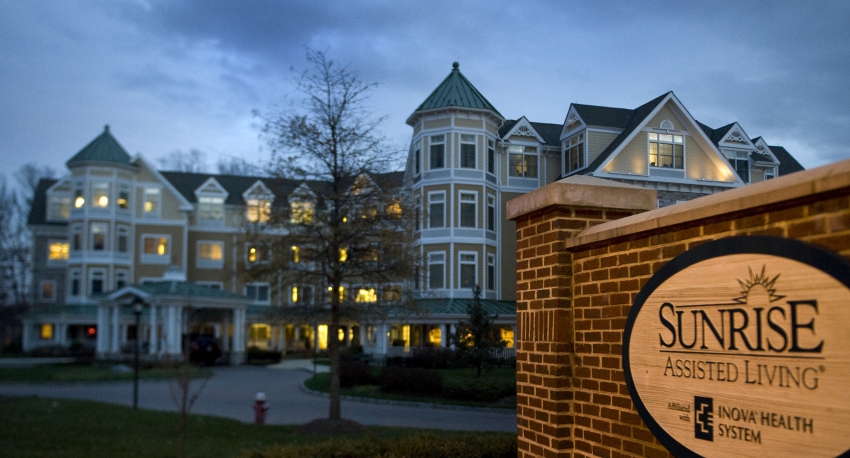 In March of this year, Schuyler Stallcup was working as an “activities assistant” at an assisted living facility in Lincoln Park, Chicago, owned by Sunrise Senior Living. For the past year and a half, he had spent his days planning and leading recreational activities for the elderly residents, working to keep them entertained and engaged. When the coronavirus crisis hit, he decided that it was time to start organizing his coworkers. That’s when the trouble began.

By the middle of May, Stallcup was fired. He says that his employer fired him on a flimsy pretext, as retaliation for workplace organizing that started with a single petition, and grew into a union campaign. He has filed a complaint with the National Labor Relations Board seeking to be reinstated. His is a disturbing story that illustrates the difficulties of trying to improve workplaces from the inside in the midst of a health crisis that has everyone on edge.

Sunrise Senior Living is a national chain of more than 300 assisted living facilities, employing thousands of non-union workers. Anti-union material is a standard part of employee training. Stallcup was making $15 an hour in March, watching with dread as Covid struck. Staffing levels began dropping as employees called in sick, or were forced to stay home to take care of their children. Family visits for residents were put on hold, which meant that the remaining Sunrise staffers, already overworked, were forced to spend more time interacting with residents to keep them from becoming isolated and agitated. On top of that, masks were in short supply—Stallcup said it was not until mid-April when Sunrise was able to issue fresh masks to everyone for their shift each day.

On March 17, Stallcup submitted a petition to his manager, signed by about 30 coworkers—roughly half of the total frontline staff. It called for two weeks of additional paid sick leave, increased staffing, a “clearly articulated plan” for how to stop Covid from spreading in the facility, and childcare subsidies and free meals for employees. Of these demands, the company only ended up granting free meals. Each free meal saved employees three dollars.

In a sworn affidavit filed with the National Labor Relations Board, Stallcup says that his supervisor warned him that he shouldn’t have circulated the petition, and then sent him back to work. But he could see that the issues he had raised were not being addressed. “There was so much fear and uncertainty,” he said. “We would have days when all the caregivers [who provide direct patient care] would call out and there would be no one there. Those of us in activities would be doing those tasks.”

By early April, Stallcup decided that Sunrise needed a union. He began talking to coworkers, during breaks, after work, and on social media. On April 7, he says, he began posting union fliers and informational material in the break room, and quickly garnered 15 to 20 verbal commitments of interest. Only a few days later, though, two coworkers who had been enthusiastic supporters of the idea began to say they wanted nothing to do with it. The chill of fear had begun to creep in to the nascent campaign.

In the first week of May, management came for Stallcup’s job. They accused him of disabling an alarm connected to a door leading to a second-floor patio area, where staff took residents outside to get fresh air. “I immediately recognized it was retaliatory,” Stallcup said. Not only does he say he didn’t do it during the shift in question, but also that turning off the alarm was a “common and approved practice” for the entire previous summer, because forgetful residents tended to accidentally set off the loud alarm, startling many other residents. He was also accused of “leaving residents unattended”—a charge, he says in his written statement to the NLRB, that is “a particularly and obviously frivolous allegation as Sunrise is an assisted-living community meaning residents are left unattended constantly and the staffing levels make it mathematically and functionally impossible for residents to never be unattended.”

Nevertheless, following an internal “investigation” by management, Stallcup was fired in mid-May. He believes it was direct retaliation for his petition and union organizing. (“They were always on the ball for union busting,” he said ruefully. “Not so much for a pandemic.”)

Asked about Stallcup’s allegations about Sunrise and the circumstances surrounding his firing, a Sunrise Senior Living spokesperson sent the following statement: “We do not comment on litigation matters or issues related to former team members. Sunrise is proud of its longstanding Open Door Policy, which demonstrates the Company’s commitment to hear, listen to, and support team members to be successful at Sunrise. Moreover, Sunrise of Lincoln Park has had a sufficient supply of personal protective equipment (PPE) consistently over the past several months and has been carefully following applicable guidance from the local department of health, CDC, and other government authorities. Team members have been trained and retrained regarding appropriate use of PPE including masks, googles, gowns, gloves and face shields.”

Another current employee at Sunrise, who asked to remain anonymous out of fear of retaliation from management, corroborated much of Stallcup’s story. The employee said that in the early days of the coronavirus crisis, workers were given a single mask in a paper bag with their name on it, which they reused each day at work. After Stallcup began his organizing campaign, the employee said, “it became apparent that people were very scared”—fearing that they might lose their jobs if management came to know that they were associated with the union effort.

And in fact, it seems that Stallcup’s firing has successfully caused the organizing at the Lincoln Park Sunrise facility to grind to halt. Stallcup himself spoke to an attorney and to union organizers after he was fired, and is hoping to be reinstated after an NLRB ruling. But that process can be painfully slow. In the meantime, he says, the remaining employees have not continued to pursue the union drive after seeing him lose his job.

The staffing issues that he asked the company to address in his petition months ago still persist, according to the current Sunrise employee. Since Stallcup left, “his department is really bare,” his former coworker said. “He was so good with the residents.”