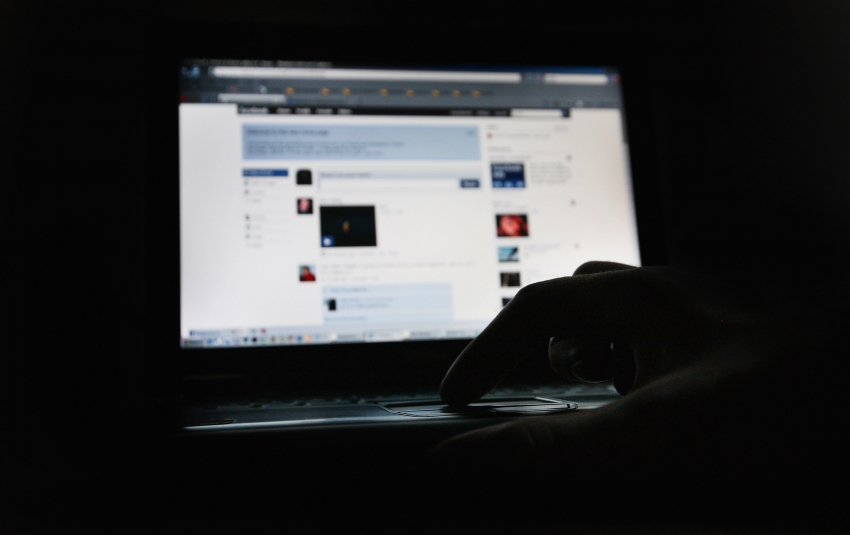 South Dakota, where less than 7% of workers are represented by unions, has one of the lowest union densities of any state outside of the South. Like most places in America, union strength has been declining there for years, particularly in industrial jobs. It is not as though there is not a pressing need in South Dakota for stronger organized labor and the workplace protections it provides. The Smithfield pork factory in Sioux Falls became national news this year when it was struck with a severe (and deadly) coronavirus outbreak, a harsh example of what is at stake when it comes to workplace safety.

Though South Dakota is 85% white, the Smithfield workforce is full of immigrants from all over the world. Black Lives Matter protests have happened in Sioux Falls this month. It is fair to ask whether Duwayne Wohlleber is the best person to be the face of the state’s labor movement. Screenshots from Wohlleber’s Facebook page, provided to In These Times, show that he frequently posts right wing content, including many recent posts that decry that anti-racism protests that have been ongoing for the past several weeks.

This post about the Confederate flag is perhaps the most overtly racist: 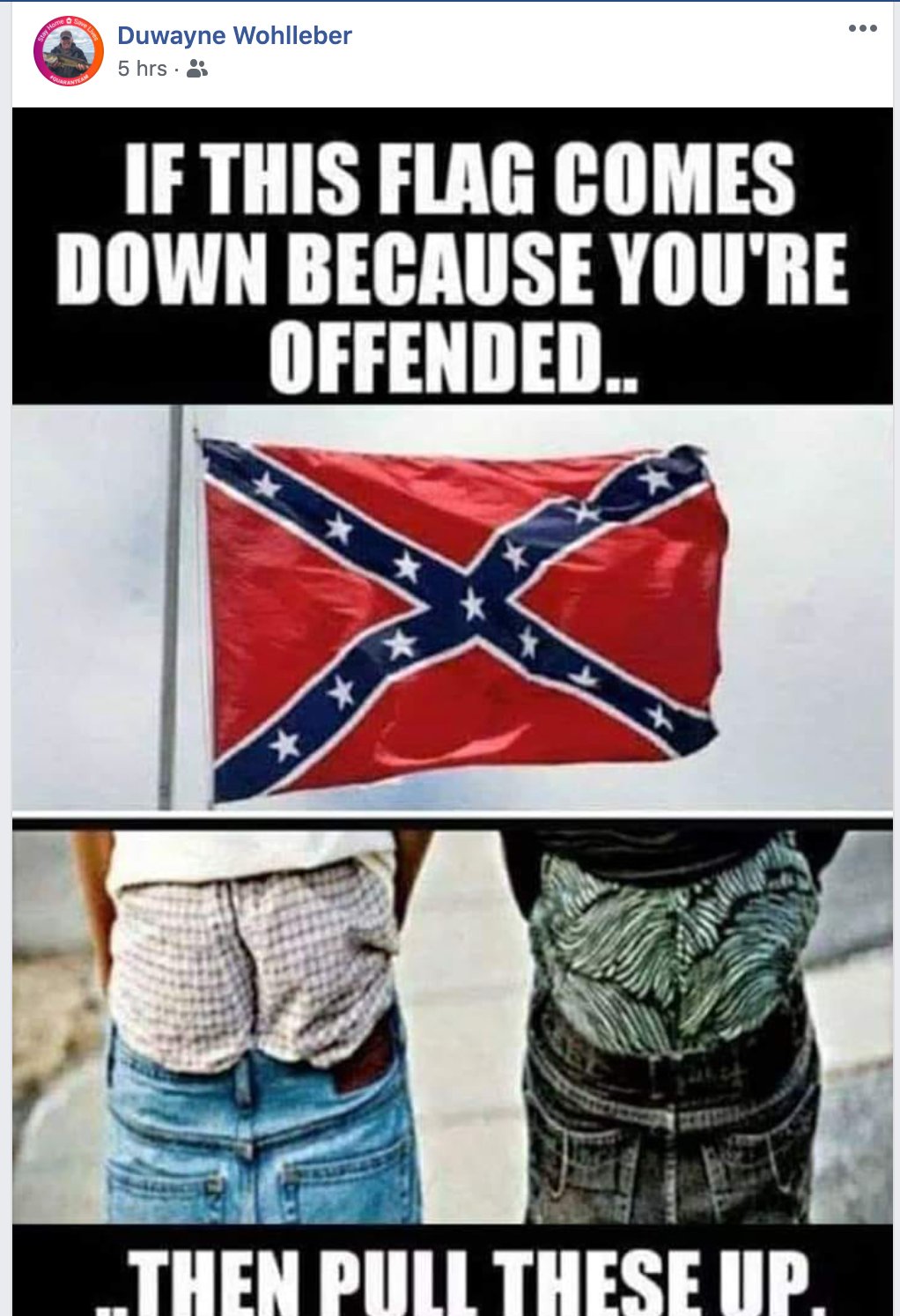 Other posts about race include a defense of Aunt Jemima, and one featuring Denzel Washington for reasons that are not totally clear: 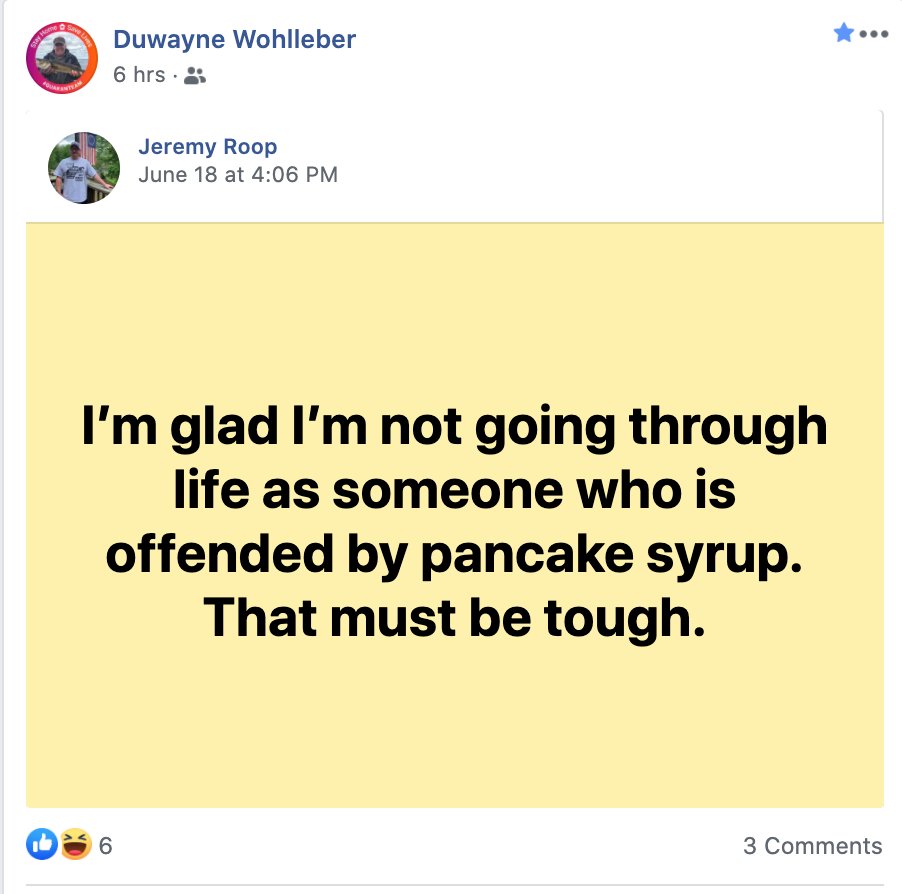 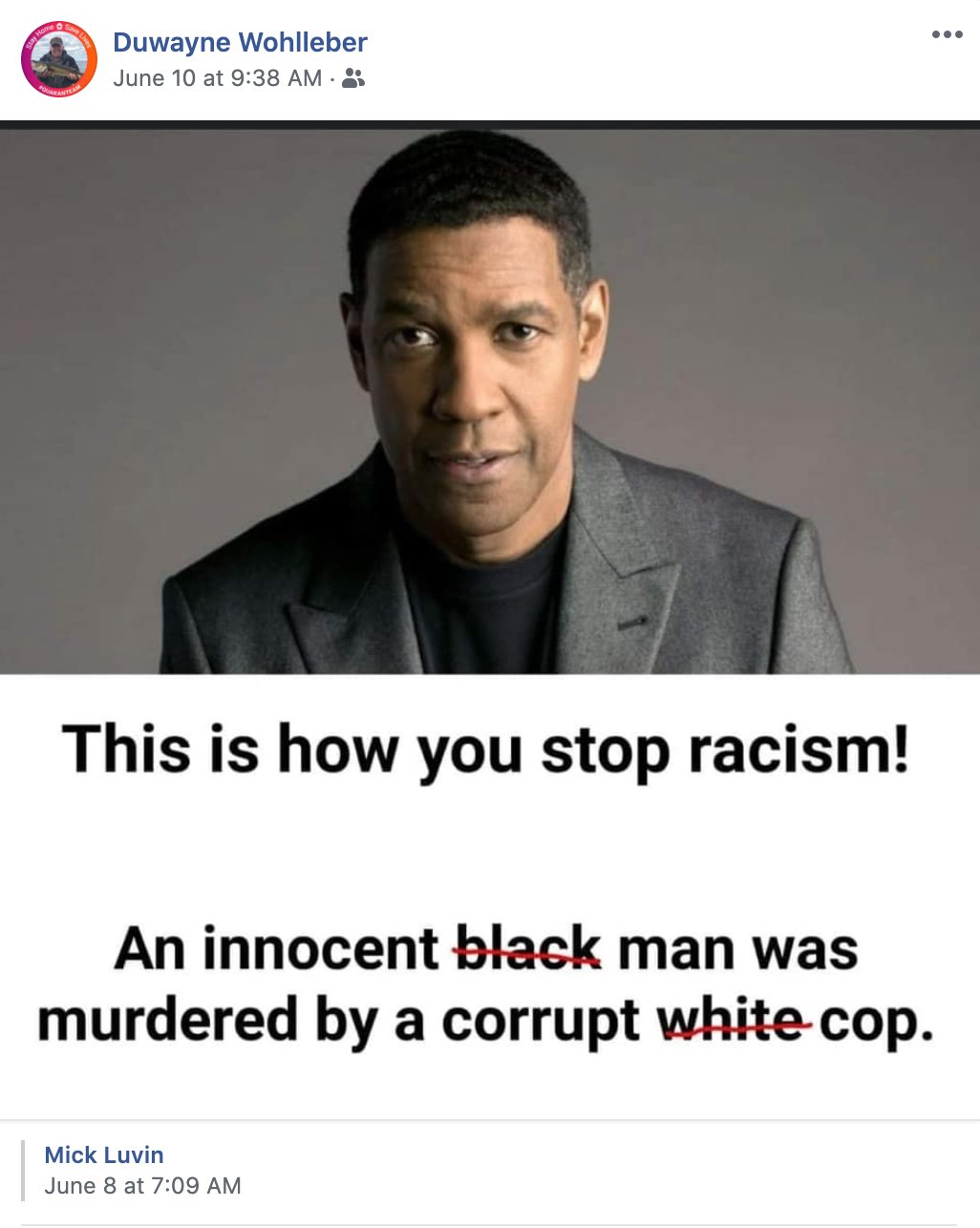 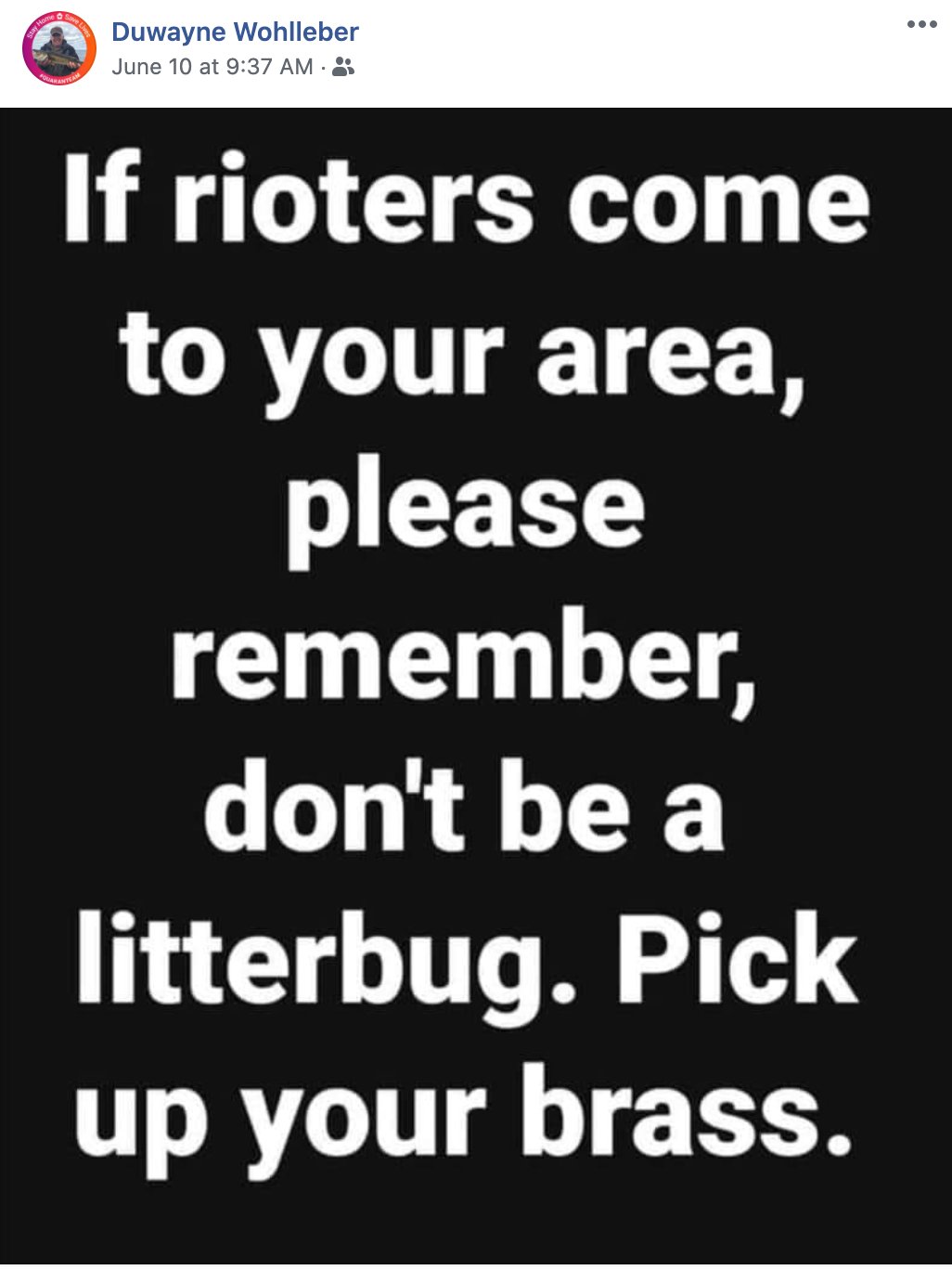 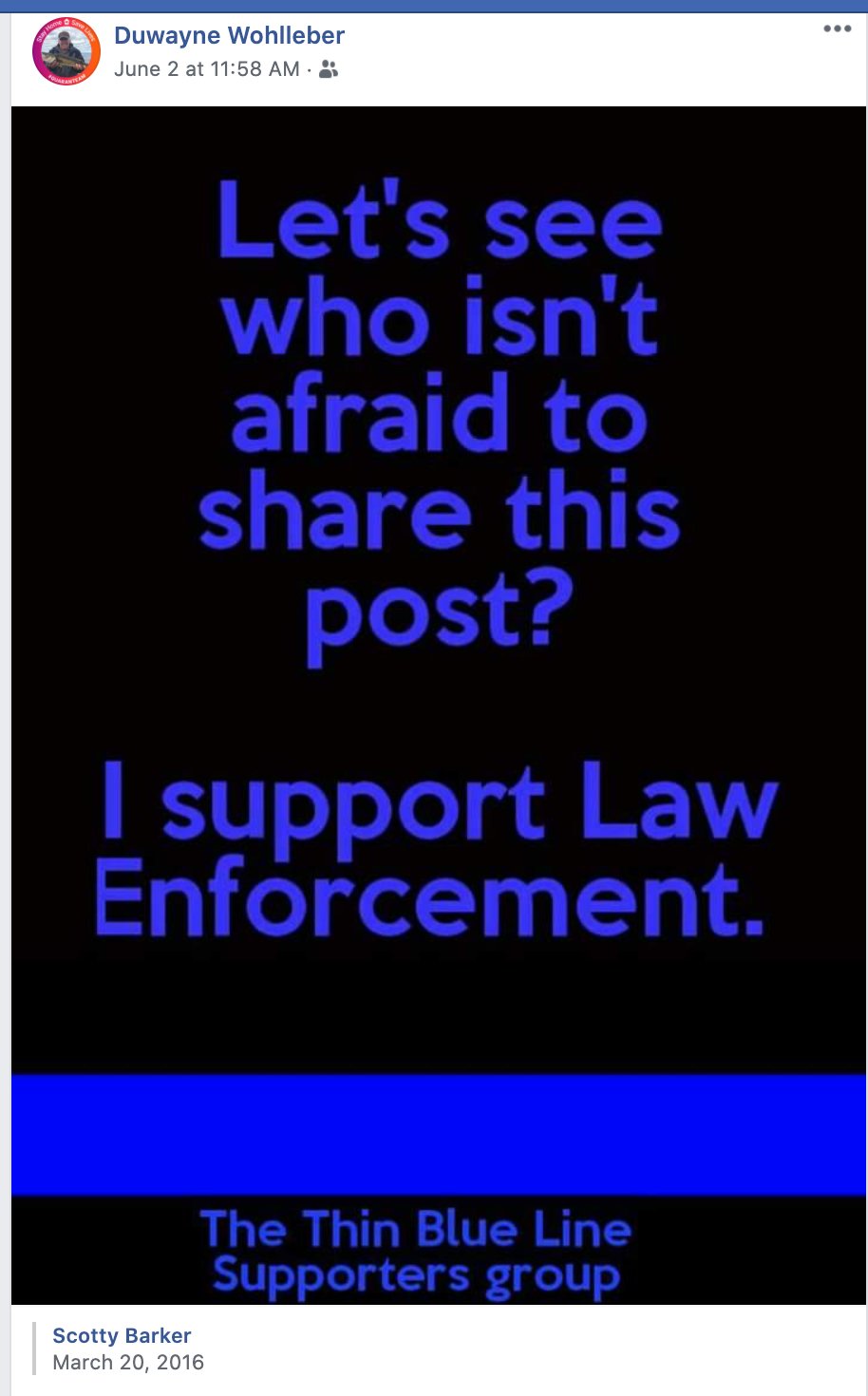 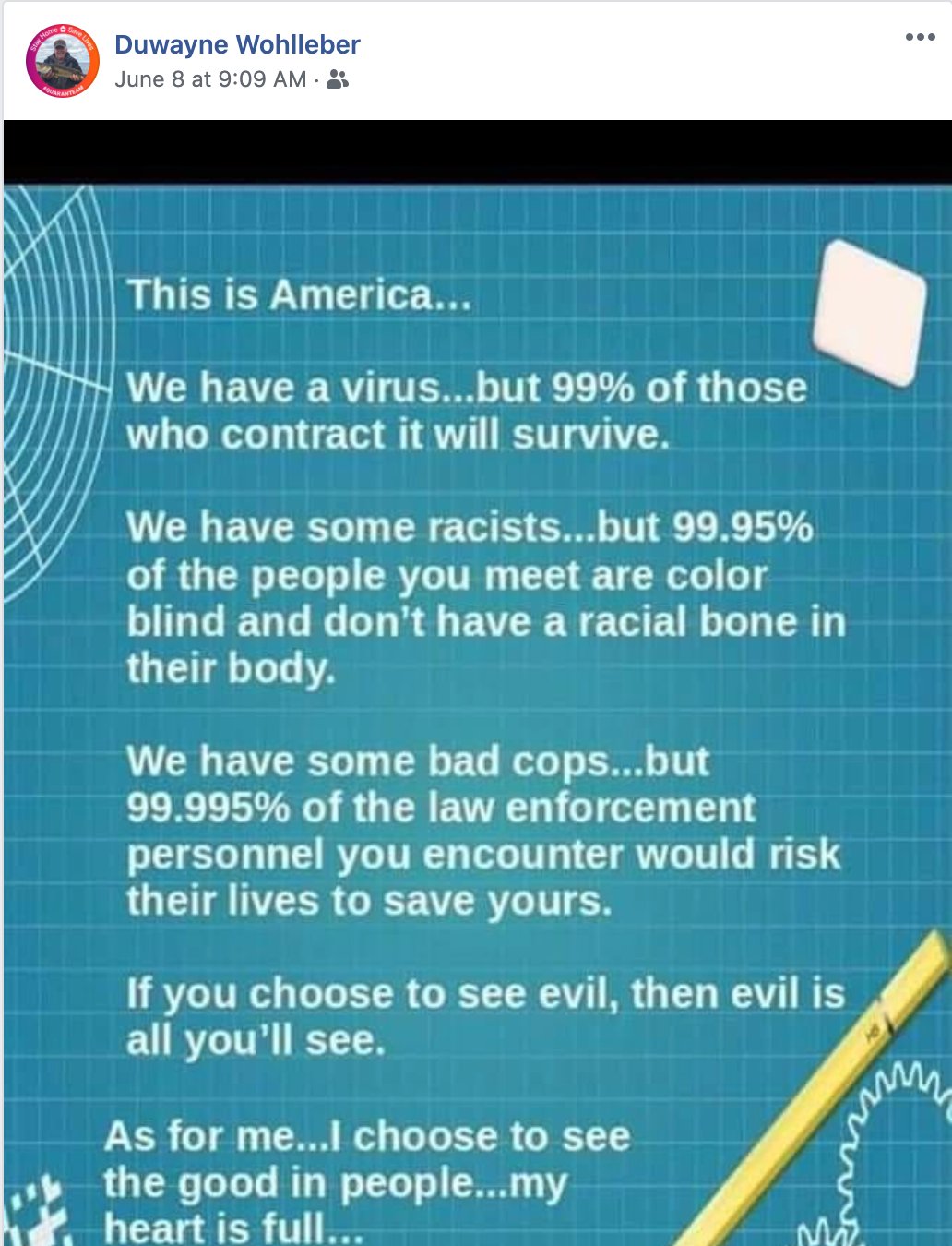 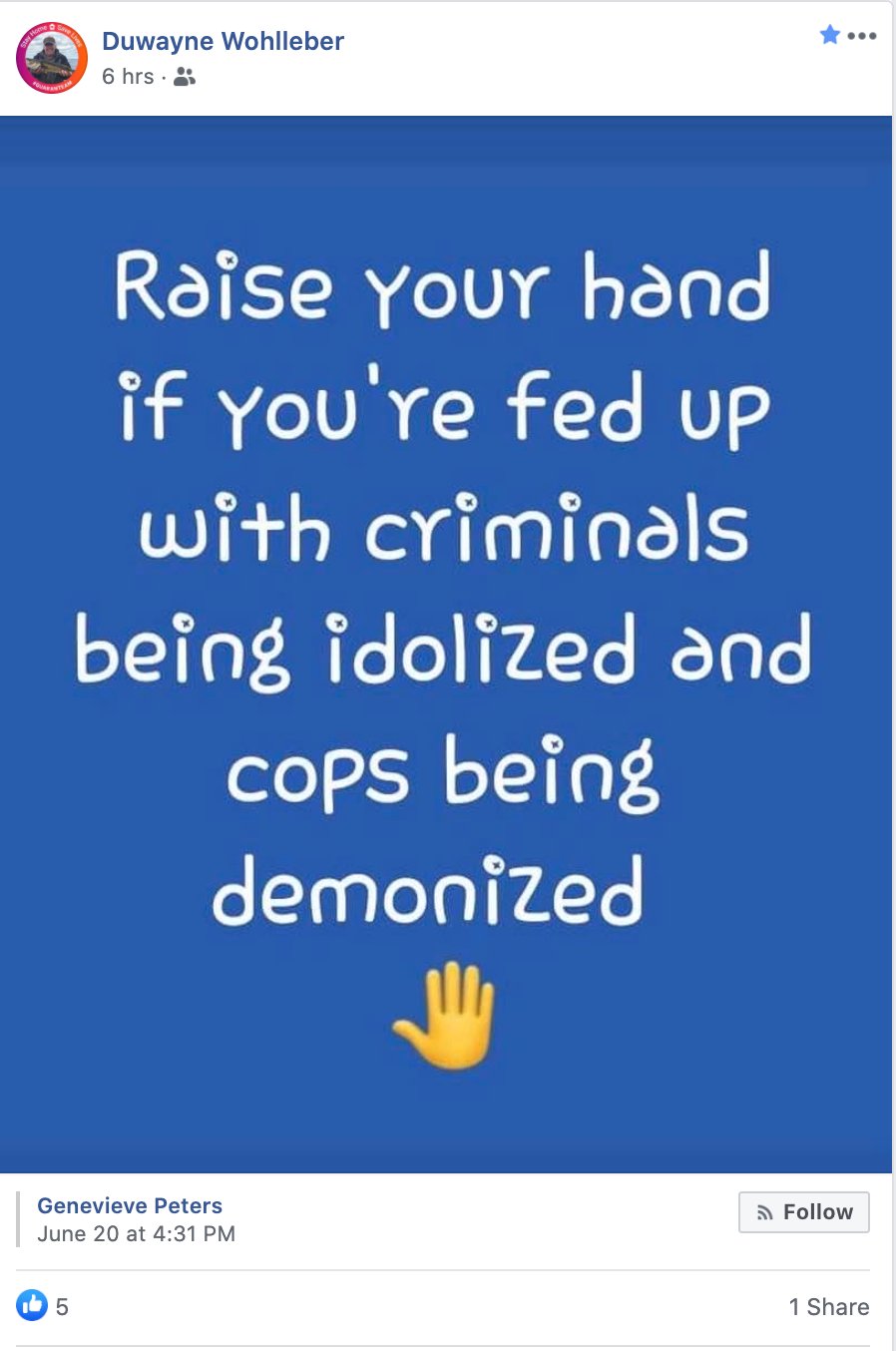 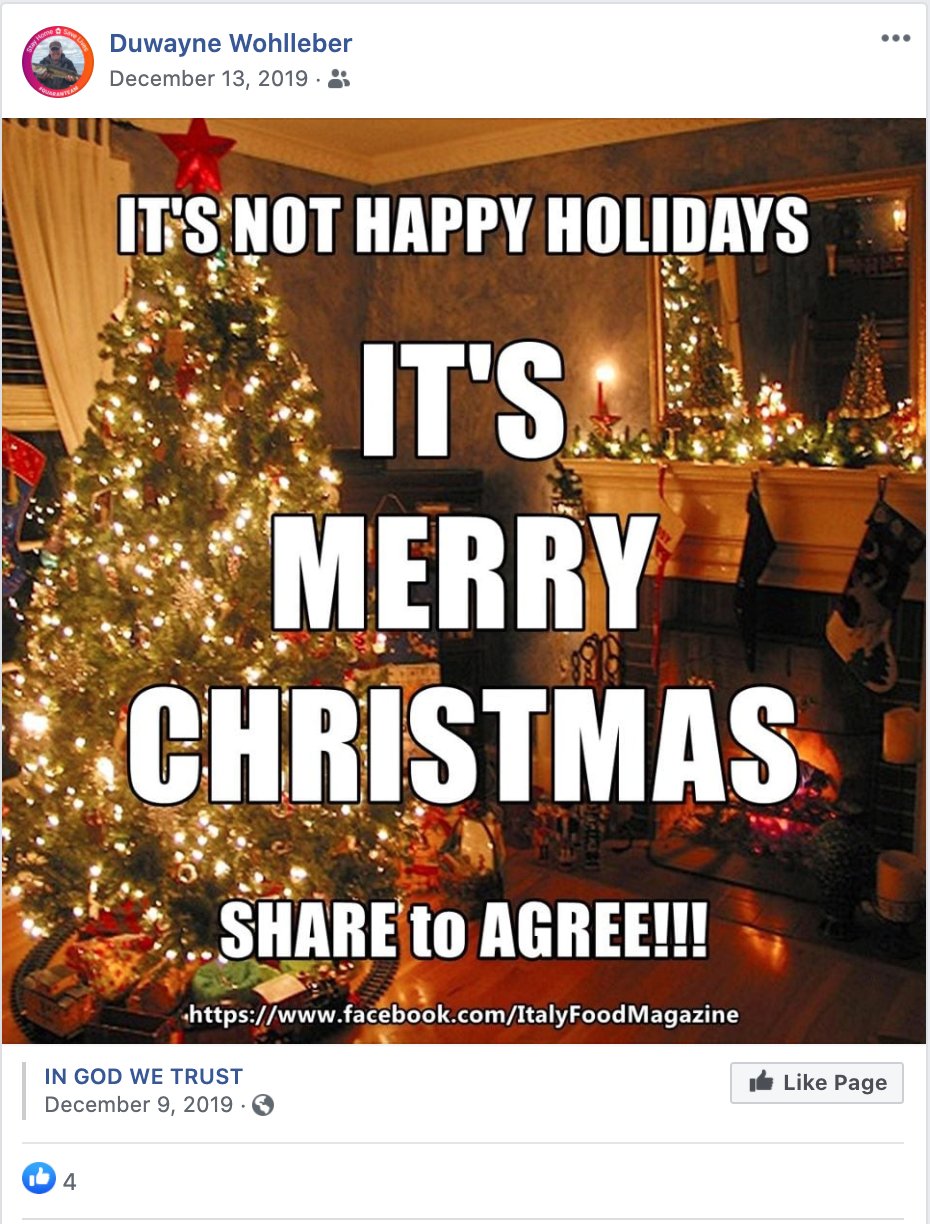 Wohlleber, like anyone, is entitled to post whatever he wants on Facebook. But it is difficult to imagine that—at a time of national upheaval over police violence and racism, when the labor movement is trying to find a way to harness the energy in the streets—Duwayne Wohlleber is the ideal face of unions in South Dakota, where some of the most endangered union workers are non-white immigrants.

This issue will soon be a moot point. Wohlleber is retiring this year, and he will be replaced by Kooper Caraway, a younger and more progressive labor activist who is in many ways the opposite of his predecessor.