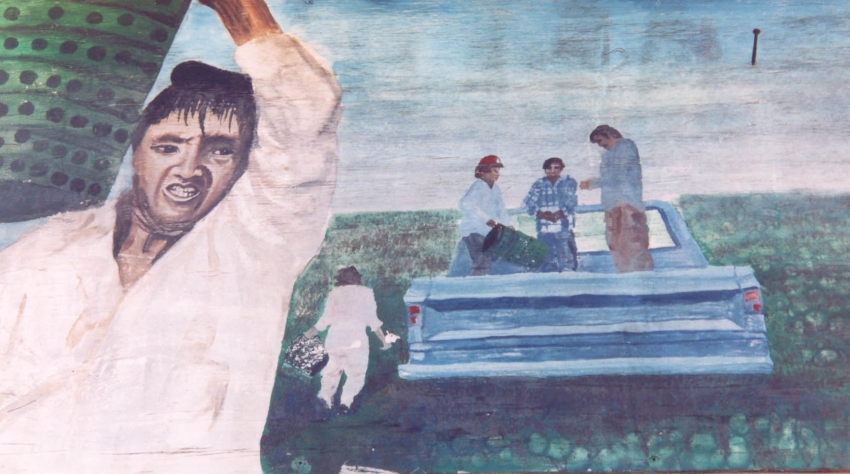 The hip fast-food Mexican chain Chipotle has long marketed itself as a more ethical and healthier alternative to competitors like Taco Bell and McDonald’s. The company trumpets its “Food with Integrity” and the fact that the meat in its products comes from free-range, antibiotic-free animals.

But ironically, though the cows and pigs that go into Chipotle’s food may have lived better lives than those in Taco Bell or Micky D’s products, these two huge corporations have a big leg up on Chipotle in regards to the treatment of farm workers who harvest their vegetables.

Chipotle has so far refused to sign a farm workers rights agreement with the , a group of mostly migrant farm workers and their supporters in south Florida who have gained international attention for breaking up literal slavery operations in the fields and winning major farm workers’ rights agreements from large corporations.

McDonald’s and Yum Brands, parent company of Taco Bell, have both signed binding agreements with the CIW to ensure that the growers they buy tomatoes from pay one cent more per pound to workers and respect other basic workers’ rights provisions.

The coalition has been asking Chipotle, once majority-owned by McDonald’s, to do the same. This summer Chipotle is sponsoring screenings of the film “Food Inc.,” co-produced and directed by “Fast Food Nation” author Eric Schlosser and Robert Kenner.

But both Schlosser and Kenner have signed a letter denouncing Chipotle’s refusal to work with the CIW. Activists around the country have handed out copies of the letter at showings of Food Inc, and have sometimes been kicked out.

Chipotle officials say they are holding a penny per pound in escrow for Florida farm workers, and have not signed an agreement with the CIW in part because of an ongoing struggle with the Florida Tomato Growers Exchange to make sure the extra penny paid by the fast-food companies actually goes to the workers.

Read the Grist article about the situation here.

The CIW complains that there is no real accountability attached to the distribution of funds from the escrow account, and Chipotle could decide to stop the payments at any time. The coalition has had past experience dealing with faux workers’ rights efforts by companies, including a toothless “workers rights agreement” called SAFE hatched by the growers’ association during the McDonald’s campaign.

The coalition alleged McDonald’s was behind that effort as a way to avoid a meaningful agreement with the CIW. Read more here.

The letter from Schlosser, Kenner and other food justice activists to Chipotle demands concrete action and accountability, and asks the company to work with CIW given their proven track record, saying in part:

We realize that Chipotle has announced that it’s paying an extra penny per pound for tomatoes, but we have to ask: What has Chipotle done since that announcement to identify and cultivate growers who are willing to raise their labor standards and pass the penny along to their workers?