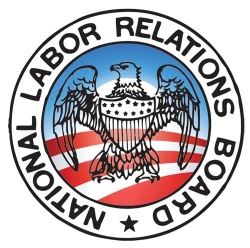 It's about damned time. Flush from his victory on healthcare reform, President Obama announced 15 recess appointments on Saturday. Craig Becker and Mark Pearce are among the newly minted members of the Obama administration; both will join the National Labor Relations Board (NLRB).

The recess appointments bypass Senate Republicans and a handful of Democrats who were refusing to allow votes on these appointments. Obama used his constitutional power to make executive branch appointments while Congress is out of session. (Interestingly, Obama chose not to install a third pending member of the NLRB, Republican Brian Hayes.)

The new appointments will help get the NLRB running at its usual capacity. Until now, the board had only two members and there was a legal question as to whether its decisions were legally binding when it was operating below quorum.

When the NLRB is up and running, it can start clearing its huge backlog. High-profile cases involving the MGM Mirage casino empire and the Dana auto parts holding company may finally come before the board. Unions will probably move forward on a variety of challenges that they put offf while the authority of the board was uncertain. For example, academic unions may challenge a 2004 NLRB ruling that effectively barred graduate students from unionizing.

Many see the appointments of Becker and Pearce as a gesture of thanks. Organized labor swallowed its disappointment and joined the Democratic push for healthcare reform. This theory is bolstered by the fact that Obama made no recess appointments during the brief congressional recess in Feburary when labor's cooperation was less certain.

Republicans and business groups fiercely opposed Becker. They said he wouldn't be impartial on account of his deep ties to the union movement. The idea that a background in labor disqualifies one to serve on the National Labor Relations Board didn't get satirized as much as it deserved. There's a long history of NLRB appointees with backgrounds on the labor or management side.

The U.S. Chamber of Commerce has issued a "red alert" for these "radical changes." Let's hope radical change has finally come to the NLRB.