Better Late Than Never: Feds Crack Down on Illegal Internships 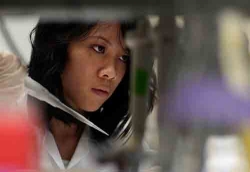 Federal and state regulators are cracking down on illegal unpaid internships. With unemployment in the double digits, many young workers are taking unpaid internships in the hopes of keeping busy and enhancing their resumes. A 2008 survey by the National Association of Colleges and Employers found that half of all college students had held an internship, compared to 17 percent in 1992.

The federal government was a relative latecomer to the effort to rein in exploitative internships. States including California, Oregon, and New York led the way. As New York's labor commissioner, M. Patricia Smith launched investigations into internship programs at several companies. Smith is now the top law enforcement official at the labor department.

The institutionalization of the internship is troubling on many levels. In many fields, including journalism, internships are practically mandatory. Even paid internships seldom offer pay and benefits comparable to an entry-level job in the industry. The most desirable openings are often in expensive cities like New York and Washington D.C.. Not all students can afford an extended period of unpaid or low-paid employment.

In other words, internships have become a hidden class barrier. Financial aid can help students afford college itself, but there's no comparable support for recent graduates who are expected to intern.

The other day, a recent college graduate wrote to me for advice about pursuing a career in journalism. She asked me whether I thought it was worthwhile to apply to graduate school in journalism. Personally, I didn't do j-school or an internship. I never regretted skipping j-school, but in retrospect, the right internship could have been a real boon to my career.

I suggested to the aspiring journalist that instead of going into debt for j-school, she use some of the money she was saving for her graduate studies to defray living expenses during a low-paid but prestigious internship. It made me sad to tell a young woman who's working a low-level retail job to pay for her education that she'd do well to fork over some of that cash to subsidize a major media corporation.