Johnson Controls: Bad Faith on Both Sides of Rio Grande 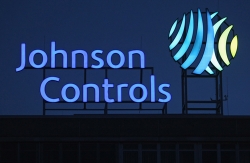 Johnson Controls ranks as Wisconsin's biggest corporation and 58th on the Fortune 500 list. It earned $979 million in profit in 2009, despite the steep downturn, and shelled out $12,924,421 to CEO Stephen Roell.

After turning a $297 million profit in the first quarter of 2010, the firm is planning to add 10 new plants this year to the 40 plants already operating in low-wage China. The Johnson Controls empire also stretches down to Mexico, where it has relocated far more jobs than what remains in its home town.

Johnson Controls has an estimated 30 plants south of the Rio Grande in Mexico. One previous Johnson Controls CEO was indiscreet enough to boast about the firm's cleverness in finding a place where it could pay wages of $1 an hour or less. These days, Johnson Controls is more cautious and withholds data on Mexican wages, while continuing its denial of democratic rights to its workers in Mexico.

A delegation of workers from Puebla, Mexico traveled 1,758 miles to discuss their oppressive work situation — low pay, long hours, toxic substances and the firm's unwillingness to recognize a union of the workers' choosing. However, corporate executives flatly refused to meet.

"Obviously, our objective was to come to talk directly with the top company officers about the violation of our rights," explains Jorge Aguila, an articulate and affable 34 year-old with a neatly trimmed beard. Aguila was fired two years ago from Johnson Controls' FINSA plant in Puebla where he worked for 14 years — one of three company facilities in the central Mexican city.

His offense was simply asking for a copy of the union contract: "I was fired for educating myself about my labor rights, and I asked the union to see the contract. That got me fired." Since then, Aguila has been forced to support his wife and three children with temporary work.

"Many people have been threatened with firing and being blacklisted, and they find themselves without any rights or severance," he said. "When fired workers go out looking for jobs, other employers ask where you've worked and where you are coming from. But we will continue the struggle for an independent, democratic union."

The union at Johnson Controls' FINSA plant, called CROM because of its Spanish acronym, exemplifies the "protection unions" that predominate, thanks to employer and government support. The protection unions serve employers — not workers — by maintaining labor discipline and forced firing of workers who assert their rights like Aguila.

Mexico's dominant labor federations are made up of such unions, and have long accepted the notion that pay increases must be minimized in order to enhance Mexico's "competitiveness," leaving workers further and further behind the rate of inflation.

Recently, at Johnson Controls' Resurreccion plant in Puebla, the company agreed to recognize an independent union chosen by the workers. At the FINSA plant in the same city, workers have been seeking to meet with local Johnson Controls management about forming an independent and democratic union affiliated with the Mexican Mineworkers (Mineros) since February 2009. Puebla Johnson Control officials have continually stonewalled the FINSA workers, and top management at the corporate headquarters issued a statement telling them to go back and meet with the very same local managers who had been unwilling to speak with them.

In the face of this new rebuff, Aguila and a delegation of elected officials, labor and community leaders held a news conference June 18 outside the corporate headquarters. State Sen. Spencer Coggs, chair of the Wisconsin State Senate Labor Committee, argued, "Johnson Controls operates three different plants in Puebla, and they have already done the right thing by letting workers form an independent union at one location. This time we hope that workers can be heard without resorting to a strike."

Conditions at the FINSA plant, where Johnson Controls makes car seats and other equipment for VW and BMW, are brutal, say Aguila and Blanca Velazquez, director of a workers rights center known as CAT. Aguila typically made about $16 per day, working eight hours a day for six days. Other workers with less experience make as low as $7 a day.

On top of the standard 48-hour work week, there is often mandatory overtime of 10 to 15 hours a week. During slack periods when workers work less than 48 hours, the company deducts the unworked hours from the workers' accrued vacation time, refusing to pay overtime rates until the unworked hours are made up. As a result, some workers have toiled five years for Johnson Controls without a vacation, according to Aguila.

Says Carlos Esquer, an official of the Mineros union, "The workers can't take control of the union because CROM has signed an agreement with Johnson Controls. It doesn't allow the workers to elect officers and the workers can't even find out who their union representatives are." (The Mineros are currently engaged in a bitter three-year strike with Grupo Mexico, owners of a huge copper mine in Cananea, where Mexican military and police forces have intervened violently on the corporation's side.)

The story of bad faith in Mexico is no surprise to the International Association of Machinists Lodge 66 members who once worked as Control workers in Milwaukee. On Oct. 4, 1996, the corporation hosted a gala dinner for long-time workers at a Johnson Controls' valve plant a mile from my home, to honor them for their dedication and years of service. But on Oct. 9, the workers received a more revealing sign of how the corporation truly valued their contributions: the plant of 180 workers would be closed and relocated to Reynosa, Mexico.

Wages at the Johnson Controls Reynosa plant start at 72 cents an hour, "far below what most people would considerable a sustainable wage for the workers and their families," as Father John Cielichowski explained at a Johnson Controls stockholders meeting.

Not surprisingly, the stockholders were distinctly unmoved by the plight of either the discarded workers in Milwaukee or the new crop of ruthlessly-exploited workers in Mexico.

Coming next: Obama's inaction on worker rights violations and NAFTA reforms, Mexico's use of the military against labor, and the AFL-CIO's response.