The Busy Reader’s Guide to the Financial Meltdown 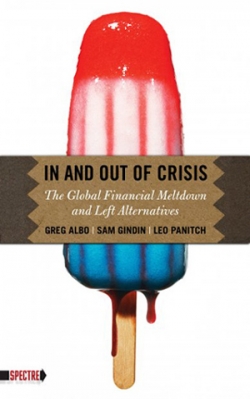 During the years of the Bush administration and the anti-globalization movement, I tried to simply explain the term “neoliberalism” to classes, friends and fellow activists. I would say something like: “Neoliberalism is characterized by privatization, deregulation of labor and trade and the commodification of more intimate and complex aspects of life than previous eras of capitalism had produced.”

But then there was the hassle of explaining the “neo” part, the confused definitions of “liberal” popularly used in the United States, and the difference between its theory and its practice, which has often involved a much deeper and more integral role for government than my simple summary could capture.

Then came the “Great Recession,”aka the financial crisis of 2007-2010. Everything changed. It is no longer difficult to plainly see the contradictions of the neoliberal policies of the last 30 years, especially the role of the United States government in facilitating the maintenance and consolidation of industrial and financial power despite rhetoric of “deregulation and privatization.” The bailout plan alone makes it hard to deny and easy to understand that the U.S. government is integral and necessary to the recovery and perpetuation of our global financial system.

In their latest book In and Out of Crisis: The Global Financial Meltdown and Left Alternatives, published by PM Press/Spectre Imprint (which is coordinated by Sasha Lilley of the wonderfully insightful podcast Against the Grain), Canadian political economists Leo Panitch, Sam Gindin and Greg Albo explain this in wonderfully clear terms.

In and Out of Crisis compiles several essays, many of which were developed for or inspired by the work of the Socialist Project, an independent socialist network based in Ontario. It is easy to tell that all three authors are educators (they all teach at York University in Toronto) because of their methodical approach. Key passages from the book are broken down in the final chapter as “Ten Thesis on the Crisis” which reviews and simplifies the history and analysis presented in chapters like “Surveying the Crisis: Is Neoliberalism Over?”; “Crisis Management from Bush to Obama”; and “Labor’s Impasse and the Left,” to name a few. The book was written as an educational and organizing tool.

What makes In and Out of Crisis  stand out, besides it’s post-crisis analysis of neoliberalism, is its belief in the renewal of the Left and its deep connection to actually existing social movements.

So many Marxist historians and philosophers write as if there is no social movement worth engaging. If there is a shout-out to an organizing effort, it reads as if it was pulled from a hat. These authors have put time and energy through the years in supporting organized labor throughout North America, particularly with the Canadian Auto Workers Union, where Gindin was research director.

The book presents the clearest explanation of the “defeat of labor” that has occurred in recent decades, going beyond simplistic descriptions of de-industrialization to elaborate on the interconnectedness between off-shoring, automation, free-trade policies like NAFTA, stagnant wages, and the integration of workers into the financial sector through pensions and real-estate investments. The trio’s focus is not limited to an exclusively union way forward, and they repeatedly call for the need to connect organized labor to other social movements to renew working-class culture and politics as a step towards creating Left political alternatives to capitalism.

Only 129 pages long, In and Out of the Crisis is a useful tool for busy organizers and activists who don’t have the time to dig into anything else. Its clearly articulated descriptions of the crisis and possible ways forward make it the most useful book to come out of the current crisis. I hope its used to its fullest potential.

Daniel Tucker edited AREA Chicago from 2005-2010 and co-authored the book Farm Together Now: A Portrait of People, Places, and Ideas for a New Food Movement (forthcoming from Chronicle Books). His website is at Miscprojects.com,