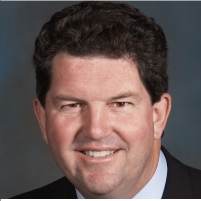 The tentative agreement, which would cover the next four and a half years, still needs to be ratified by APWU members. It would freeze salaries for two years and require about 202,000 union workers to pay more for their healthcare. The deal will also allow the USPS to relocate workers more easily and hire more part-time workers.

“We have deep concerns that some of the provisions of the contract may in fact be the wrong direction, to less flexibility, less ability to trim the workforce," Issa said at the hearing Tuesday. “Costs must be reduced to align them with falling mail volume and declining revenue projections” Issa told the National Journal when announcing his hearings.”

The APWU and USPS don’t agree with Issa’s view that the union has not taken enough concessions. In a recent Bloomberg article, Donahoe was quoted as saying that the tentative labor contract would save USPS $3.8 billion over four and half years.

Both the Postal Service and the union agree that the USPS’s financial difficulties have little to do with what they pay their employees, and are caused primarily by the unusual pension requirements of Postal Accountability and Enhancement Act. The act requires the USPS to pre-fund the benefits of its future retirees—a requirement uncommon to private and public sector plans.

Typically, pensions are funded by the next generation of workers for the current crop of retirees and a mathematical formula of investment is worked out so there is always enough money in the pension pool over time. As a result of the unusual USPS pension arrangement, the Postal Service is actually overcharging its employees by about $5 billion a year—money workers will never see in return, and which is instead given to the Federal Retirement Civil Service Account.

An independent audit by the Postal Service Inspector General showed that as a result of this requirement, the USPS retirement plan had been overcharged by a total of $75 billion. A second, independent audit by the Postal Regulatory Commission shows that the pension plan has also been overcharged anywhere from $50-$75 billion dollars. These audits showed that if the USPS were permitted to apply those overcharged payments to its future retiree healthcare obligations, its financial problems would be resolved.

Some say that the real purpose of the hearings is not to find solutions to make America's postal service financial sustainable, but to use the hearings to attack organized labor in a high-profile way.

“I don’t think they care about talking about the solutions” says APWU President Guffey. “These hearings are about the Republicans agenda to demonize workers and unions."