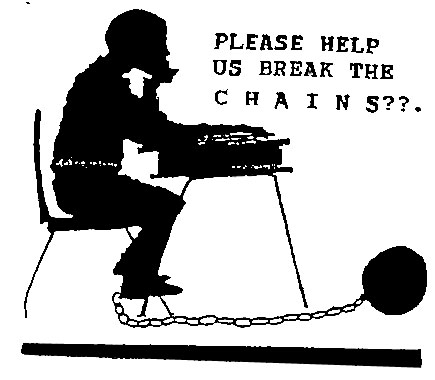 The state lawmakers who are pushing hard for "austerity" aren't so much enemies of government “waste” as they are expert money launderers in the business of politics. Education is at the center of their shell game.

Across the country, conservatives are fixated on a curious formula for deficit reduction: wholesale disinvestment in schools (coupled with erosion of union rights and working conditions for teachers), plus a race to pump tax breaks for the rich and stifle health care for the poor. And in many areas, one sacred cow continues to fatten while students starve: our bloated prison system.

This week will bring more showdowns over public sector budget cuts in states like Florida and Ohio, hammering down especially hard on education. The Associated Press reports that the evaporation of federal stimulus funds is pushing schools toward a funding “cliff.” Adding insult to injury,some state governments appear to have funded certain programs by stealing stimulus funds intended for education, “thus avoiding cuts elsewhere in their budgets.”

Civil rights advocates suspect that the “elsewhere” resides in political interests hostile to children. A new report by the NAACP, “Misplaced Priorities,” describes the systematic underfunding of education alongside massive resources diverted into draconian criminal justice systems--a pattern that indirectly creates perverse incentives for incarcerating, rather than educating vulnerable youth.

A testament to structural racism and the “lock 'em up” mentality behind the War on Drugs, activists warn that another generation will be swallowed by courts and prisons that eagerly pick up where schools have failed disadvantaged youth.

Civil rights groups have called on lawmakers to shift funding priorities to promote educational equity and rehabilitation initiatives for youth. These proactive steps can help prevent violence and crime, and can generate meaningful work and advancement in communities battered by harsh law enforcement on the one hand, and unemployment and disinvestment on the other.

There's a tragic financial and political logic to the trade-off between educational and criminal institutions. The so-called “school to prison pipeline”--which pushes youth, particularly low-income youth of color, into the criminal justice system—begins in heavily police-patrolled schools, sucks “delinquents” into a racially skewed juvenile justice system, and ends up cycling young adults through courts and prisons, further uprooting them from their communities. This pipeline isn't just a rhetorical metaphor; it's a real channel for taxpayer money that tends to go ignored because the families most impacted are politically invisible.

Understanding the school-to-prison trajectory isn't rocket science. When kids grow up in impoverished neighborhoods, attend schools that can barely afford books much less high-quality teachers, even risk getting assaulted as they walk to school, society in many ways assumes and preordains their criminality before they ever break a law.

In New York City, public schools hemorrhaged hundreds of millions of dollars while public coffers bled more than $500 million to lock up residents sentenced in 2008, who came from a handful of chronically troubled neighborhoods (and their school districts).

As this year's fiscal crises heat up, you'll hear lots of arguments about “shared sacrifice” and “tough decisions.” But those lawmakers need a lesson in how to “share” from the students whose education is sacrificed in the name of austerity. Their future is to be decided by a political elite who'll never understand just how tough these kids' lives will be.