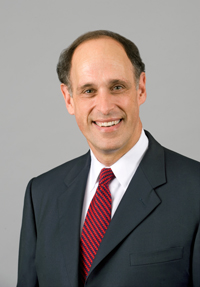 Lafe Solomon, who has spent his entire career at the NLRB, was named acting general counsel last June, and officially appointed to the position in January.

A few months ago, I profiled Lafe Solomon's appointment as General Counsel to the National Labor Relations Board, which handles disputes between unions and management, among other things. As General Counsel, he can speed up and provide quick remediation for employees illegally fired during union organizing drives.

Solomon has already make big waves in changing how the NLRB operates.

On December 20, 2010, Solomon announced an initiative to ask the NLRB's regional offices to more quickly identify cases where someone has been fired during an organized drive. According to a press release, remedies should be crafted to “recreate an atmosphere that allows employees to fully utilize their statutory right to exercise their free choice.” The memo authorizes regional offices to include in complaints and in petitions seeking temporary injunctions from federal courts, appropriate remedies such as a reading of the Board’s remedial notice, or allowing union access to workplace bulletin boards and providing names and addresses of employees.”

One of the key features of this initiative has been to seek temporary injunctions in federal court against employers’ illegally firing, and to seek them quickly when they are needed. 10(j) injunctions are effective because they return workplaces to the status quo while the NLRB is considering the case.

The Board process is cumbersome and can take almost a year for some cases of unfair firings during an organizing campaign to make their way through the process. Going to federal court for a 10(j) injunction allows the firing to be halted until it can make its way through the NLRB progress.

If somebody gets fired in a workplace during an organizing campaign, it sends chills throughout the whole campaign. Under the normal NLRB process, it would go through a long process that could take over a year. Under Solomon’s new initiative, the NLRB would more regularly ask a judge to give a temporary order so that he could get his job back while the case is going through the NLRB. This helps organizing drive, because it makes it harder for employers to intimidate workers as easily.

The new initiative has been extraordinarily successful. Last year, there were only 28 10(j) injunctions sought in federal court. In the first four months since the initiative was announced, there have already been at least 28 cases that have been pushed to federal court on 10(j) injunctions. The first four months of Solomon’s initiative have produced 42 offers of reinstatement for illegal firings during a union organizing drive.

Unsurprisingly, this new enforcement appears to have made the NLRB a target of the GOP in Congress. As I wrote last week, the original House GOP budget cuts would result in a 20 percent cut to the NLRB’s budget, a mandatory furlough of the NLRB’s staff of approximately 60 days.

Fortunately, as a result of the budget deal cut, the Board will be cut by only .2 percent, allowing it to keep its aggressive new initiative to counter union busting intact. Hopefully, the NLRB will continue to do all it can to enforce U.S. labor laws, and protect workers' right to organize.