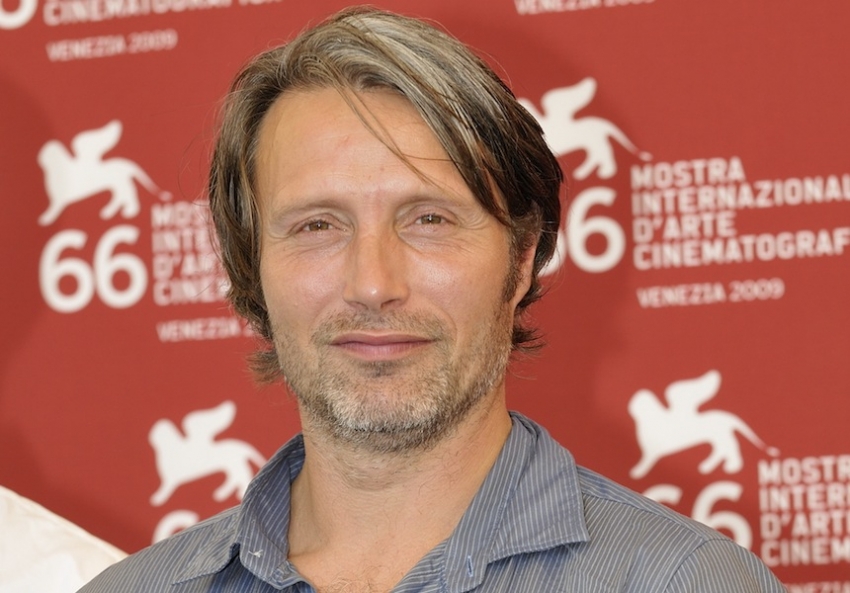 The NBC drama proves that you can stamp out sexism and still produce scares.

The show’s success comes from the way it’s managed to rip itself free from the moorings of previous movies, as well as the Thomas Harris novels they’re based on, and become its own animal.

There are certain rules a girl has to follow, if she wants to preserve her mental health. Get lots of sleep; spend at least 15 minutes a day outdoors, preferably while exercising; breathe deeply and count to fifteen before deciding whether you want to respond to some guy who called you a cunt on the Internet. And, most importantly: Never ever, under any circumstances, watch NBC's Hannibal right before going to bed.

Trust me: I have broken the rule about Hannibal. (And all of the other ones, really, but that’s a different article). It resulted in some of the worst, bloodiest nightmares of my adult life. But it’s worth noting that each and every one of those nightmares was exquisitely art-directed. Suddenly, my sub-conscious was full of de-saturated film stock, baroque tableaux of the Underworld, and striking color palettes and framing choices. Hannibal may very well be, as Matt Zoller Seitz and The AV Club have called it, the best drama on network TV. It’s certainly the most beautiful show on TV, period, and the most frightening. It also takes on the serial-killer cop procedural—one of the most irredeemably woman-hating genres on TV—from a feminist perspective.

Hannibal is a hard show to sell. The character of Hannibal Lecter is beyond played out: Silence of the Lambs, the sequel, the prequel, the remake of the prequel, the prequel that’s a prequel to the prequel. Hannibal is yet another prequel, featuring central characters from Red Dragon and Silence. We already know who lives, who dies, how and when. Moreover, Anthony Hopkins’ Lecter is an impossible act to follow, too widely parodied to be scary, but too widely praised for another actor to take his place. Shoehorning the whole thing into a procedural format and turning FBI profiler Will Graham into one of television’s 47 different ambiguously autistic wonder-detectives should have made it unwatchable.

And yet, Hannibal is one of the best long-form horror stories I’ve seen. It shares more DNA with Breaking Bad than CSI: Rather than being a catch-the-killer mystery, it’s a character-based story about an evil man hiding in plain sight, about psychological violation, invisible corruption and inevitable downfall. The biggest scare of the first season wasn’t a gory corpse display—though we got lots of those—but the revelation that Will had encephalitis, and Hannibal was preventing him from getting treatment. The primal fear here isn’t axe-murder, it’s abandonment; all the blood in the world can’t scare us more profoundly than the idea that the people who care about us may be faking it. In terms of style, Hannibal frequently invoked the sacred names of David Lynch and Stanley Kubrick, and wore those references well; the floating, glacial camera work and pacing owes much to The Shining, and there’s a lot of Twin Peaks in the way its nightmare logic and surreal imagery suggests a supernatural, cosmic horror bubbling just under the surface of a mundane detective story. But where Twin Peaks was all color and camp value, Hannibal is relentlessly dark and bleak. The notorious silliness of its online fan base (lots of flower crowns and comic-sans memes, many of them relying on Will Graham’s failure to notice certain subtle clues) seems like an attempt to shake off the show’s chill, as much as anything else.

And for what it’s worth, Mads Mikkelsen actually may be the definitive Hannibal Lecter. He’s said that he plays the character not as a violent criminal, but as Satan incarnate. The show has taken this ball and run with it: Lecter isn’t so much a character as he is an ambulatory locus of evil spreading corruption and pain into the lives of everyone in its vicinity, a lifelike “person suit” wrapped around something unspeakable. Mikkelsen has a weird, balletic grace and buoyance that makes even his violence look elegant—in the knock-down drag-out fight that opened Season 2, I swear the man’s finishing move is a goddamned sissonne. He is a masterfully subtle actor who can convey his character’s monstrosity with a quick flicker of his eyes or a slightly-too-calm reaction. He makes a very convincing Lucifer: If there’s one thing the Devil is known to do, it’s offering people food they’ll regret eating.

The show’s success comes from the way it’s managed to rip itself free from the moorings of previous movies, as well as the Thomas Harris novels they’re based on, and become its own animal. And it has done this, largely, by finding or inventing roles for women and people of color. Thomas Harris wrote roles for a whole bunch of white men, and then Clarice Starling. In Bryan Fuller’s vision, half of those white men are women, and many of them aren’t white. The central role of Jack Crawford, a world-weary FBI boss who’s been in nearly as many books as Hannibal himself, goes to Laurence Fishburne. His ailing wife, a silent presence in the novels, is Gina Torres, and she gets a whole episode devoted to her inner life and struggle with cancer. Other side characters from the books are reincarnated as women, and given meatier parts to boot. Where tabloid reporter Freddy Lounds was a sniveling creep, the reinvented Freddie Lounds is a slick, level-headed, relentlessly ambitious journalist who doesn’t mind getting a few people fired (or killed) if it means her story might get picked up by the New York Times. Then there are the newly invented female characters: Gillian Anderson as a regal, morally ambiguous therapist who may or may not know Hannibal’s secret, and Kacey Rohl as a teenage girl who supplied her cannibal father with victims in order to stay alive.

These are weighty, complicated, interesting roles. Writing them, and spending such a large amount of screen time with them, demonstrates a real commitment to making sure that white guys don’t continue to get all the good work. And Fuller’s commitment to shaking up the crime-procedural format doesn’t stop there. Of all the baroque violence and torment we see on Hannibal, the one thing Fuller refuses to put on screen is rape or sexual violence: “I just feel very strongly as a feminist and somebody who likes women, I just can't derive any sort of entertainment pleasure from it,” he’s said. Violence is always aestheticized on Hannibal, but it’s almost never sexualized. We’ve seen a naked female body impaled on a stag head, but we’ve also seen a plethora of nude, artistically murdered men, and many more bodies that are so mutilated or decomposed that their gender seems irrelevant.

It’s instructive, on this note, to compare Hannibal to the HBO hit True Detective. Much of True Detective’s appeal—the stylized visuals, the over-the-top lyricism of the dialogue, the cosmic-horror undertones, the hallucinations, the thematically significant conjunction of naked lady corpse and decapitated stag head—seems practically airlifted in from Hannibal. But True Detective is almost entirely reliant on the clichés that Hannibal studiously avoids. The plot turns out to be a standard buddy-cops-catch-the-killer mystery, complete with clichéd backwoods pervert in a tumble-down shack. Every single woman, up to and including Marty’s pre-teen daughter, is primarily relevant to the plot in terms of the sexual things she does or the sexual violence that’s forced upon her. It’s not enough to have a cult of serial killers worshiping Lovecraftian Elder Gods: They have to be a cult of Elder-God-worshiping serial-killers who also gang-rape children, or else it’s just not scary. And, whenever the plot stalls, we’re magically whisked away to a strip club or a harlot’s boudoir, so as to revive our interest in the show through naked breasts.

The standard defense for these tropes is that horror filmmakers need them to get decent scares. It’s true: Child rape is a very unpleasant thing to think about. (Although there are plenty of True Detective fans who seem to spend multiple hours per week speculating about it on Reddit). But Hannibal’s most profound accomplishment is the fact that it proves these moves are unnecessary. It never comes across as prim or neutered. It’s horrifying, both on a jump-out-of-your-seat level and a queasy psychological level. It turns out that being buried alive until your skin disintegrates, or having to rip half your own face off to save your life, or just finding out that your psychiatrist is actively trying to give you brain damage, is still pretty disturbing, even when there aren’t any gang-rapes included in the package. And the plot doesn’t suffer when women are allowed to play real roles: Speculating on Abigail Hobbs’ precise level of complicity with her father, or what Bedelia du Maurier knew about Hannibal and what she thought of it, comprised a major part of the fan theorizing during Hannibal’s first season. For feminist filmmaking to succeed as a political statement, it has to succeed at being decent film, and that’s what Hannibal does. It’s horror with a profound respect for human life, and for the human beings who watch it. That, more than anything, is why it deserves the “Best Drama on TV” label.

Just don’t watch it before bedtime. Because, I’m serious: Nightmares. Terrible ones. For the rest of the week.