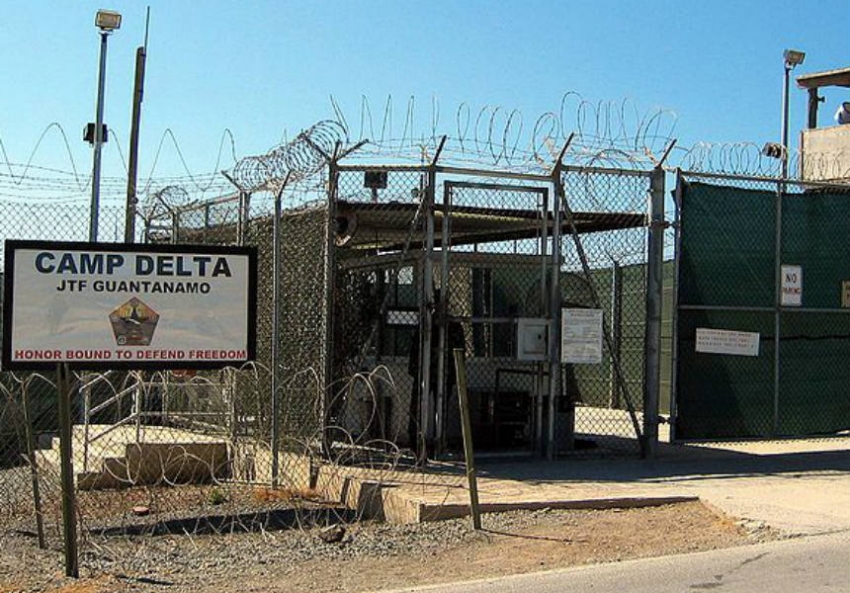 The report applauds President Obama's commitment to closing detention facilities at Guantánamo Bay, but criticizes the administration's failure to set a timeline for closure. (Wikimedia Commons)

As José Luis Díaz, a representative of Amnesty International at the UN, pointed out ... 'The United States is adept at demanding human rights change from other governments while failing to meet international standards itself.'

On March 27, the United Nations published a report critical of the U.S. human rights record. The 11-page report highlights issues such as the NSA spying, the failure to close Guantánamo Bay detention camp, use of the death penalty and the American failure to comply with human rights agreements outside its borders. Unfortunately, the U.S. media has largely ignored this report.

The report was delivered by the United Nations Human Rights Committee, which monitors compliance with the International Covenant on Civil and Political Rights (ICCPR)—one of the world’s most important human rights treaties, which was passed by the UN in 1976 and ratified by the United States in 1992. The Covenant calls upon treaty signatories to submit regular reports on the implementation of human rights in their countries. Following reports like these, the Committee typically expresses its concerns and makes recommendations, but treaty signatories, such as the United States, can ignore such recommendations without penalty.

With regard to NSA surveillance, the Committee expressed concerns about the violations of privacy that occurred in the collection of private communications of U.S. and non-U.S. citizens. The report questions whether the current oversight system of the NSA’s activities effectively protects the rights of those affected. The U.N. report asks the United States to take all necessary precautions to ensure that the surveillance activities—both within and outside of its borders—comply with the ICCPR. Moreover, the UN recommends that current NSA oversight procedures be reformed to limit invasions into an individual’s private communications.

Meanwhile, in relation to Guantánamo Bay, the Committee praised Obama’s commitment to close the facility. But it criticized the administration’s failure to provide a timeline in which this will occur. “The State party should expedite the transfer of detainees designated for transfer,” the paper reads, and “ensure either their trial or immediate release, and the closure of the Guantánamo facility.”

While the release of the report was covered in the international media—The Guardian published a number of articles, as did Al Jazeera America—the report was largely ignored by mainstream U.S. media, with the exception of The New York Times and the Associated Press.

The U.N. report was released amid Washington’s efforts to stop Moscow from seizing eastern Ukraine. Earlier last month, Obama told Putin that his actions were a “breach of international law, including Russia’s obligation under the UN Charter, and of its 1997 military basing agreement with Ukraine.” Yet, since 1995, the U.S. government has argued that it doesn’t have to comply with the Covenant outside of its borders and has used this claim to justify actions in conflict zones. As José Luis Díaz, a representative of Amnesty International at the UN, pointed out in an interview with Al Jazeera, “The United States is adept at demanding human rights change from other governments while failing to meet international standards itself.”

Nonetheless, human rights agreements such as the ICCPR have many shortcomings. For one thing, when the United States ratified the Covenant, the Senate implemented a number of complex reservations, understandings and declarations that have hampered the enforcement of the agreement at a national level. Additionally, many studies acknowledge that the impact of human rights treaties is unclear. Some political scientists have gone further and suggested that signing agreements such as the ICCPR does not have a direct impact on the state’s behavior. Countries such as the Central African Republic in 1981; Equatorial Guinea in 1987; Somalia in 1990; Sudan in 1986; and Syria, as the former Syrian Arab Republic in 1969 are all signatories to the Covenant. These nations are also among the 10 countries with the lowest rating for political rights and civil liberties, according to the Freedom House—a United States-based NGO dedicated to the expansion of freedom around the world.

But despite its shortcomings, the Covenant provides countries with a standard against which they can measure, evaluate and re-examine their national laws, policies and practices. Additionally, it is able to generate information about states' human rights records and direct the attention of the international community toward human rights abuses. Thus, even though the Covenant has limited powers and relies on voluntary compliance, it serves as a platform to establish human rights norms and to spotlight countries that violate those norms.

It’s possible that Washington isn’t fully complying with the ICCPR because U.S. breaches of human rights accords are not on the scale of what is happening in countries such as the Central African Republic or Syria. Similarly, this might also explain the lack of coverage of the U.N. report on U.S. outlets. But what the U.S. media fail to understand is that by deciding not to inform the public of American violations of international human rights agreements, they protect the government from being held accountable and strip the Covenant of one of its main powers over rogue states—the power to name and shame.