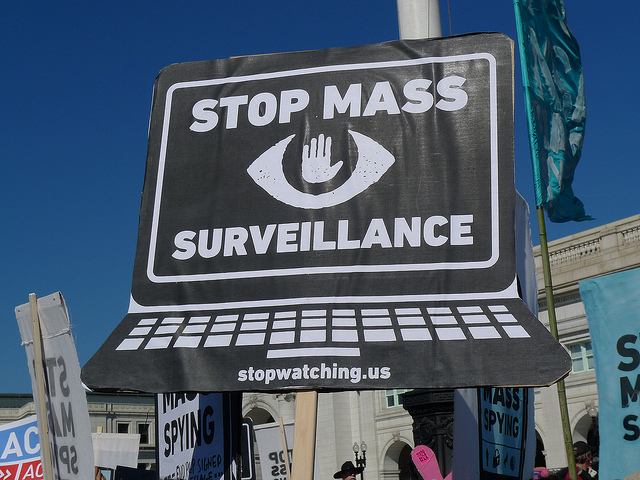 Two Years After Snowden’s Leaks, Little Has Changed in Obama’s Approach to Transparency

The public and even Congress are acting against mass surveillance. When will the President get the memo?

The Obama administration is celebrating the two-year anniversary of Snowden’s disclosures by intensifying its crackdown on government whistleblowers.

Two years ago this month, a 29-year-old government contractor named Edward Snowden became the Daniel Ellsberg of his generation, delivering to journalists a tranche of secret documents shedding light on the government’s national security apparatus. But whereas Ellsberg released the Pentagon Papers detailing one specific military conflict in Southeast Asia, Snowden released details of the U.S. government’s sprawling surveillance machine that operates around the globe.

On the second anniversary of Snowden’s historic act of civil disobedience, it is worth reviewing what has changed—and what has not.

On the change side of the ledger, there is the politics of surveillance. For much of the early 2000s, politicians of both parties competed with one another to show who would be a bigger booster of the NSA’s operations, fearing that any focus on civil liberties risked their being branded soft on terrorism. Since Snowden, though, the political paradigm has dramatically shifted.

The most illustrative proof that came last month, when the U.S. Senate failed to muster enough votes to reauthorize the law that aims to allow the NSA to engage in mass surveillance. Kentucky Republican Sen. Rand Paul’s prominent role in that episode underscored the political shift—a decade after the GOP mastered the art of citing 9/11-themed arguments about terrorism to win elections, one of the party’s top presidential candidates proudly led the fight against one of the key legislative initiatives of the so-called war on terror.

There has also been a shift in public opinion, as evidenced by a new ACLU-sponsored poll showing that almost two thirds of American voters want Congress to curtail the NSA’s mass surveillance powers. The survey showed that majorities in both parties oppose renewing the old Patriot Act.

Monumental as those congressional and public opinion shifts are, though, far fewer changes are evident in the government’s executive branch.

For example, the Obama administration is celebrating the two-year anniversary of Snowden’s disclosures by intensifying its crackdown on government whistleblowers. After prosecuting more such whistleblowers than any previous administration, Obama’s appointees are specifically moving forward a rule that the nonpartisan Project On Government Oversight says would deny “federal employees in ‘sensitive’ positions the right to appeal a termination or demotion” when they expose wrongdoing. In practice, writes POGO’s Elizabeth Hempowicz, the rule would make “whistleblowers who hold these positions particularly vulnerable to retaliation.”

The Obama administration has also not stopped its selective enforcement of laws against those who mislead Congress or leak classified government information.

Take the issue of perjury. After prosecuting pitcher Roger Clemens for allegedly lying to Congress, the Obama administration has not similarly prosecuted National Intelligence Director James Clapper for insisting to Congress in 2013 that the government does not collect data on Americans. Clapper’s claim was wholly debunked by Snowden’s documents.

For instance, a draft Inspector General report found that CIA Director Leon Panetta disclosed such information about the raid on Osama bin Laden’s compound. Similarly, former CIA director David Petraeus provided classified information to his biographer. Panetta was never charged, and Petraeus was let off with a misdemeanor.

Snowden, meanwhile, sits in exile—a fugitive for exposing his own government’s unprecedented system of surveillance. While Snowden’s critics say he should come back to the United States to air out his grievances in open court, journalist Glenn Greenwald notes: “He’s barred under the Espionage Act even from arguing that his leaks were justified; he wouldn’t be permitted to utter a word about that.”

Things have certainly changed in two years—but not yet so much that America’s government embraces those who blow the whistle.