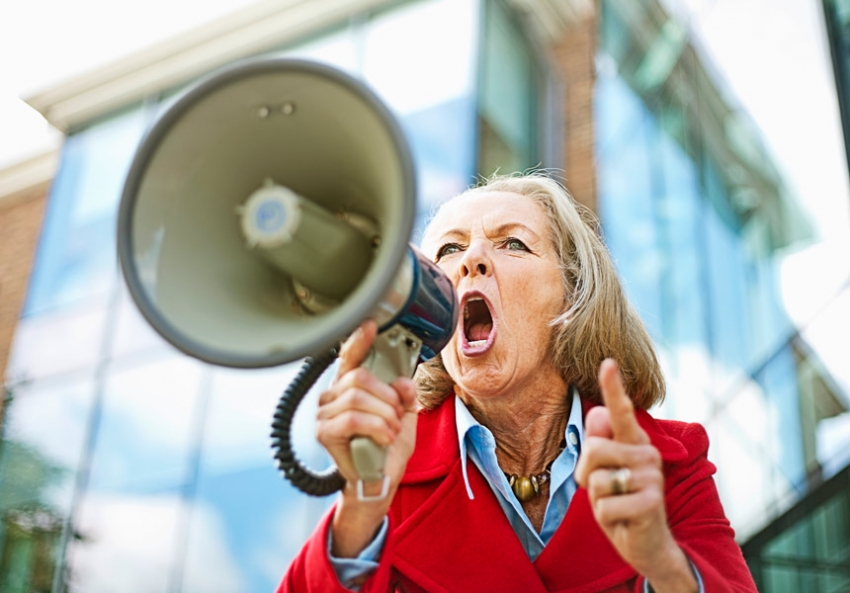 By threatening Social Security and Medicare, Trump has awakened the wrath of older people (Photo via Cultura RM/SEB Oliver.)

The GOP’s Healthcare Plans Have Awakened the Wrath of a Powerful Constituency: Older Americans

Baby boomers won’t take cuts to Medicare and Social Security without a fight.

But now Trump seems poised to declare war on his own generation, or at least the portion that doesn’t live in gilt towers in Manhattan

Donald Trump, at age 70, will be the oldest person to assume the presidency. He is part of a major demographic revolution—the aging of the baby boom—which received minimal attention during the campaign. But now Trump seems poised to declare war on his own generation, or at least the portion that doesn’t live in gilt towers in Manhattan. And judging from the comments section on the AARP website, his cohort is more than ready to fight back.

In typical Trump fashion, the candidate who promised not to cut Medicare or Social Security now has a new pledge: to “modernize” Medicare, which in Trump-speak may mean “annihilate.” The Republicans will use their usual obfuscating blather about “entitlement reform” and “saving” the two programs, which should be immediately countered with a word we’re going to be using a lot: “lie.” Trump’s choice for the director of the Office of Management and Budget, Rep. Mick Mulvaney (R-S.C.), has introduced numerous bills to cut both programs. And the chair of the House Ways and Means subcommittee on Social Security, Sam Johnson (R-Texas), put forth legislation in December to slash the program by raising the retirement age to 69 and reducing benefits—yet he would give tax breaks to affluent retirees. Mother Jones’ Kevin Drum estimates that for retirees whose lifetime incomes averaged between $22,000 and $49,000 annually, benefits would decrease by 28 percent.

Meanwhile, Paul Ryan, who has for years been slavering to cut Medicare, may now be in a position to do so. He has already claimed—falsely—that the Affordable Care Act is bankrupting Medicare, when the opposite is true: Obamacare has extended the solvency of Medicare by over a decade. But we know the truth is irrelevant to this crew. Ryan would change Medicare from a government-funded single-payer program to a complicated system of “Medicare exchanges” where private insurance companies would compete with government-run Medicare. Older people would have to analyze a host of fine-print options that would be much more complex, time-consuming and more expensive than Medicare. People would get “premium support”— vouchers from the government to help pay for their insurance—instead of universal, single-payer coverage.The Kaiser Family Foundation estimates that, under Ryan’s plan, retirees would go from spending 22 percent of their Social Security benefits on healthcare to 49 percent by 2022.

The Ryan plan also rests on a cynical effort at generational warfare. To placate current recipients or those just about to retire, the proposal would not apply to anyone currently 55 or older. This should outrage any older person with younger siblings and friends, children and grandchildren. Meanwhile, there is no proposal to instead sustain Medicare and Social Security by more fairly taxing the wealthy—for which there is popular support—or, say, by ending the tax breaks Big Pharma gets for televised ads for drugs you can’t pronounce and probably don’t need, and which drive up your healthcare costs.

Speaking of those ads that dominate CNN and the nightly news, where we see self-actualizing “super seniors” (mostly white men) kayaking, building sailboats, and performing in rock bands, they present an image of leisurely, worry-free retirement. Maybe Ryan, Trump and their well-heeled colleagues think this is how all older people live. In reality, the median income of older persons (over 65) in 2014 was just over $31,000 for men and $17,000 for women. Nearly half—46 percent—of single people over 65 rely on Social Security for 90 percent or more of their income. And as baby boomers approach retirement, only 55 percent have money saved.

These cuts are part of the broader Republican agenda to shift all kinds of costs and risks onto the 99%. Remember, Trump has an anti-mandate to do all of this: Both programs are enormously popular and need to be strengthened, not cut. The AARP, one of the largest-spending lobbying groups in the country, has vowed to oppose all these moves. With 78 million boomers out there, plus their families and younger friends, progressives can win this fight, and use it to pave the way for the many other battles ahead. As one impassioned person put it on the AARP website, “There are millions of us activist baby boomers! We know what to do. … We did it in the ’60s and ’70s regarding the Vietnam War, the draft, civil rights and MORE! We need to MOBILIZE! Where do we begin? I’m ready to FIGHT!”