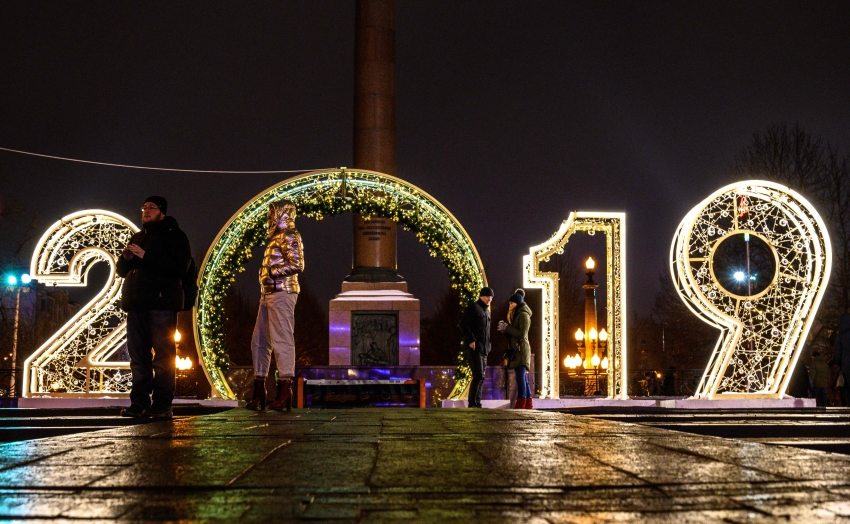 Putting an end to a wild year. (MLADEN ANTONOV/AFP via Getty Images)

Throughout the tumultuous past 12 months, In These Times has been there every step of the way. Here are our most popular stories of 2019.

With the Trump administration under increasing fire, and a Democratic presidential primary heating up, In These Times has spent 2019 covering the stories that matter—and that the corporate media would rather avoid. Our most popular stories ran the gamut of the year’s manifold news developments: militant labor campaigns, the growing threat of climate change, immigrant detention, Trump’s dangerous foreign policy, and the need to tax the hell out of the rich.

As the U.S. Left continues to grow in influence ahead of a critical election year, we promise to keep publishing the same type of critical news, analysis and investigations throughout 2020. In the meantime, take a dive through these highlights from 2019. Happy New Year!

When the network’s primetime pundits do cover Sanders, they cover him more negatively than Elizabeth Warren and Joe Biden.

Chronic stress is killing us. We can’t keep repressing our rage.

Below the Surface of ICE: The Corporations Profiting From Immigrant Detention

Activists are targeting the companies that make ICE run.

When It Comes to U.S. Militarism, Elizabeth Warren Is No Progressive

There’s one important issue on which Warren has not veered far from the Democratic establishment.

While the airline industry was expected to generate net profits of $35.5 billion in 2019, workers demand better pay, benefits and job security.

I Went to a Climate Change Denial Conference. It Made Even Less Sense Than You’d Think.

Panelists at the Heartland Institute’s gathering agree you should stop worrying about climate change. They just can’t agree on why.

The management consultancy firm is “the single greatest legitimizer of mass layoffs.” And its alumni are loyal for life.

We Must Stop War with Iran Before It’s Too Late

How Capitalism Turned Women Into Witches

Sylvia Federici’s new book explains how violence against women was a necessary precondition for capitalism.

Why I’m Voting No on UAW’s Deal With GM: A “Third-Tier” Worker Speaks

A UAW member speaks out against the union’s controversial deal with General Motors, saying “I think it’s an insult.”

To combat inequality and oligarchy, we need to tax the accumulated wealth of the billionaire class, not just income.

By Mark Engler and Andrew Elrod

Bernie Sanders Calls To Seize the Means of Electricity Production

Biden Says He’s the Workers’ Candidate, But He Has Worked To Cut Medicare and Social Security

Naomi Klein on Climate Chaos: “I Don’t Think Baby Boomers Did This. I Think Capitalism Did.”

The author and activist weighs in on the presidential race, youth movements and the Right’s response to climate change.