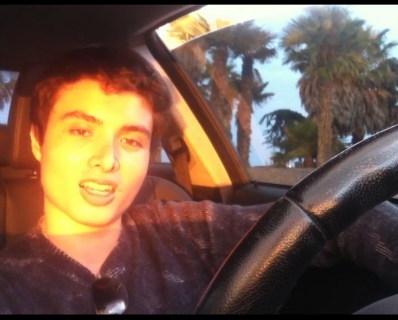 Like many terrorists, Elliot Rodger picked a symbolic target when he singled out the Alpha Phi Sorority as the focus of his self-declared “War on Women.”

“I cannot kill every single female on earth, but I can deliver a devastating blow that will strike all of them to the core of their wicked hearts,” Rodger wrote in the 137-page manifesto that he sent to news outlets before he embarked on rampage that left seven people dead, including Rodger himself, “I will attack the very girls who represent everything I hate in the female gender: The hottest sorority of UCSB.” Ultimately, Rodgers failed to gain entry to the sorority house, but he explained his reasons for targeting it in detail. 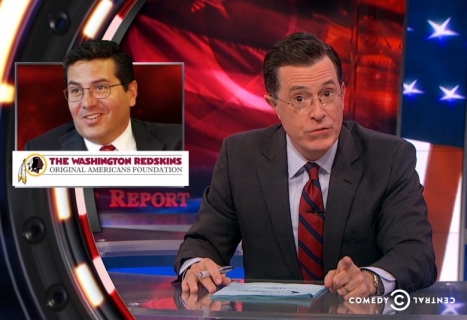 In the March 26 episode of The Colbert Report, Colbert satiricized Washington Redskins owner Dan Snyder's 'Original Americans Foundation,' proposing a 'Ching-Chong Ding-Dong Foundation for Sensitivity to Orientals or Whatever.'

A recent episode of the Report included a bit mocking Dan Snyder, owner of the Washington Redskins football team, for setting up a bogus “Original Americans Foundation” in attempt to distract the public from the fact that his team’s name is a racial slur against the aforementioned original Americans. Despite widespread public revulsion, Snyder has refused to change his team’s name. Apparently, he’s okay with the fact that some high-profile sports reporters pointedly refuse to use the R-word in their coverage of the team.

To ridicule Snyder, Colbert revived the character of Ching Chong Ding Dong, a yellowface caricature. Ching Chong debuted on The Colbert Report in 2005 in a sketch in which Stephen the Conservative Talk Show Host got “caught” doing his racist Ching Chong impression on a live satellite feed: 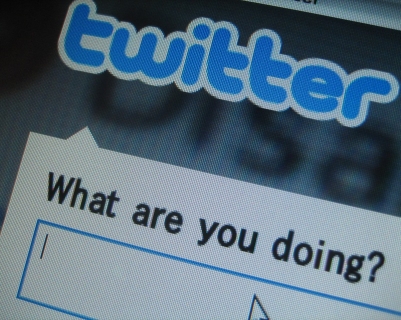 Last week, Christine Fox (Twitter handle: @SteenFox) asked her 13,000 Twitter followers to describe what they were wearing when they were sexually assaulted. Answers poured in from women raped in their pajamas, in their work clothes, and in outfits they wore as little girls. “White jeans, yellow shirt. Roller skates for the 1st part of the night - I was 15 & it was my first date,” was one reply.

BuzzFeed reporter Jessica Testa noticed the outpouring of tweets and wrote a post about the “What Were You Wearing” conversation.

Testa’s write-up included several tweets from survivors, which she used with their permission. This is in keeping with the longstanding journalistic tradition of protecting the identities of rape victims when a story identifies them as such. Testa did not, however, get permission from Fox to write a story about the “What Were You Wearing?” phenomenon. In the post, BuzzFeed reproduced the photo that Fox used on her public twitter profile. Fox demanded that her photo be removed and BuzzFeed ultimately relented.

A firestorm of criticism and a debate on journalistic ethics ensued. Supporters of Fox asked BuzzFeed and Poynter’s Kelly McBride—who wrote a piece defending Testa’s actions—to take down their articles. Critics contrasted BuzzFeed’s article to a similar piece run by The Root's Jenée Desmond Harris, who talked with Fox before publishing her tweets. 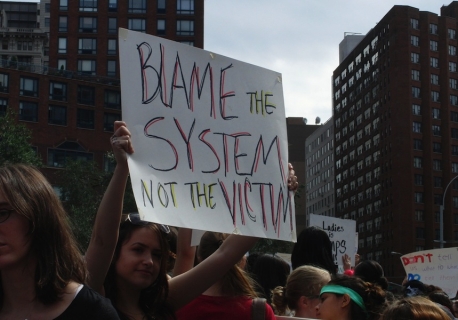 By comparing herself to both a wolf and a sheep, Anderson draws a false moral equivalence between gentrification and sexual assault, "blaming the victim" rather than the system.   (Peter/Flickr/Creative Commons)

One morning in 2012, a man snuck up behind Erika Anderson on a busy sidewalk in Crown Heights and shoved his hand between her legs. When Anderson went to the 77th Precinct station to report the attack, she was surprised to learn the crime rate in her new neighborhood. She wrote about the experience for the New York Times in a piece entitled, “On Being Both the Wolf and the Lamb.”

Anderson believes that her assault had something to do with her being a white woman in a predominantly Caribbean neighborhood. This is a dubious assumption to say the least. The latest NYPD crime statistics map puts the 77th Precinct in the same risk bracket as many precincts containing many much whiter neighborhoods including tony Brooklyn Heights and much of Manhattan below Central Park.

Anderson writes about Crown Heights as if its crime rate is inextricably tied to its racial makeup. “Contributing to the crime map was the first and only sign that I belonged,” she says, as if being victimized on the street is part and parcel of belonging in Crown Heights. Whereas, when someone gets groped in Brooklyn Heights, we don’t reflexively reach for racial explanations.

And then there’s the issue of race — like most gentrifiers, I am white, and the largely Caribbean neighborhood is not. I had been riding the sea foam of the latest wave of gentrification on a blow-up dolphin from Disney World. 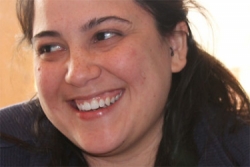 The good news is that, in Texas, women’s second-class citizenship lasts only as long as they live. The bad news is that pregnant women who refuse life-sustaining treatment by advance directive must still be kept alive against their wishes.

A judge ruled Friday that a Tarrant County hospital must disconnect the ventilator from Marlise Muňoz’s dead body by 5pm on Monday, a ruling the hospital may still appeal.

Are Cancer Tweets The Same As Funeral Selfies? 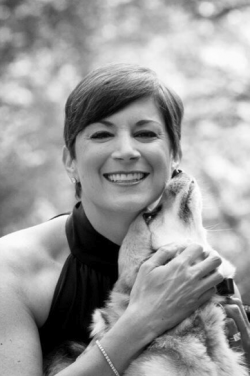 Lisa Bonchek Adams blogs and Tweets about the nitty gritty details of life with Stage IV breast cancer, and Emma Keller thinks that’s incredibly tacky. In a piece last week for the Guardian, Keller implied that Adams’ Tweeting is worse than a “funeral selfie,” which is blueblood code for the tackiest thing one could possibly do.

A funeral selfie is social death, which as we all know, counts far more than physical death in the eyes of the people who matter. These are the people who refer to cancer as “the Big C” and dread colonoscopies because it’s awkward to let a golfing buddy put a camera up one’s derriere, even if he did go to Harvard Medical School.

The Death of a Brain 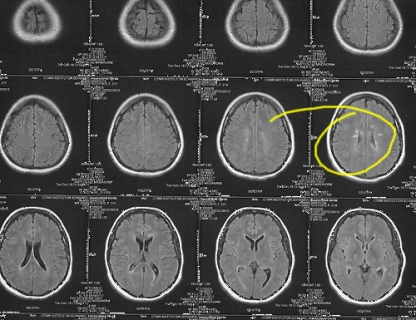 The medical definition of brain death is 'unresponsiveness and lack of receptivity, the absence of movement and breathing, the absence of brain-stem reflexes, and coma whose cause has been identified.'   (Tschörda/Flickr/Creative Commons)

The family of 13-year-old Jahi McMath removed her dead body, still attached to a ventilator, from the hospital on Sunday. A court order gave the family the power to remove their daughter’s body as long as her mother accepted full responsibility of the consequences. The family claims that an undisclosed medical facility will take over the case, but so far, no facility has publicly said they are willing to do so. News broke last week that the Life and Hope Foundation, a “prolife” group founded by Terri Schiavo’s family, has been working behind the scene on the McMath court case.

McMath was declared brain dead on Dec 12. She lost a lot of blood after a complex tonsillectomy at a children’s hospital in Oakland, California, and then her heart stopped. The resulting oxygen deprivation completely destroyed her brain, including her brain stem, and she died. Six doctors have confirmed that she is brain dead. Whole-brain death is legal death in the state of California and it has been since 1982. 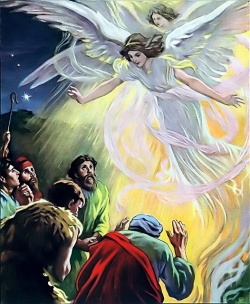 Yglesias’ language was crass, but his underlying analogy is sound. The budget deal allows Ryan to preserve his fiscal purity by not technically raising taxes. Instead, taxpayers will simply pay more in user fees.

Case of ‘Forced C-section’ May Not Be What It Seems 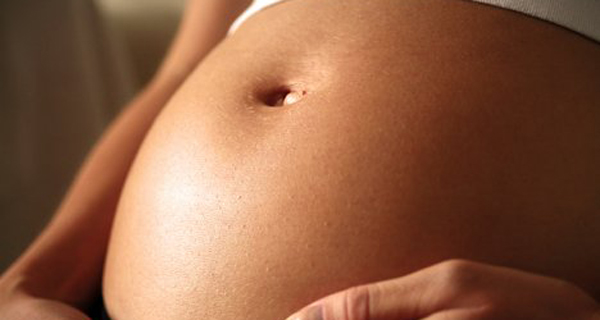 Though media outlets have spun an Italian woman's C-section as a nefarious bid to take her child away, that interpretation is not yet supported by existing evidence. (Wikimedia Commons)

The U.S. press is buzzing about an Italian woman who was forced to undergo a Cesarean section while she was hospitalized for a mental breakdown in the United Kingdom. The child was placed in foster care after the local social service agency determined that she was too sick to return to Italy with her baby. In February, a judge decided that the child should be put up for adoption.

This sad case raises a number of ethical and legal issues, and shoddy journalism has muddied all of them. Last week, The Telegraph broke the news under the sensational headline, 'Operate on this mother so that we can take her baby." The headline was set off with quotation marks, giving the misleading impression that anyone (besides the editors of the Telegraph) said anything of the kind.

The Telegraph reporter, Christopher Booker, claimed that the woman was hospitalized after she suffered "something of a panic attack" on a business trip to London, which makes her affliction sound like the psychiatric equivalent of the sniffles. In fact, the woman was committed under Section 3 of the Mental Health Act, a process reserved for very sick patients. Two doctors would have had to certify that her mental illness was so severe that she had to be hospitalized to protect herself or others. The woman’s name is being withheld to protect her privacy. In fact, very few details been made public about the woman’s medical history or the evidence presented to the courts regarding her fitness to parent.

Hobby Lobby May Know a Lot About Yarn, But It’s Wrong About Birth Control 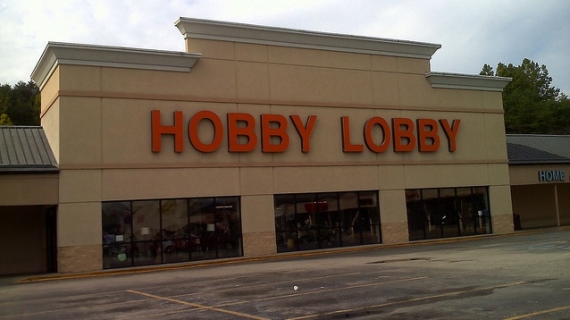 This week, the Supreme Court announced that it would hear a pair of cases challenging large employers’ obligation to provide comprehensive health insurance for their employees, including birth control. The owners of Hobby Lobby Stores, Inc. and Conestoga Wood Specialties Corp insist that Obamacare violates their companies’ religious freedom by requiring them to pay part of the cost of minimally acceptable insurance for their workers. Why? Because, according to Hobby Lobby’s lawyers, the emergency contraceptive known as Plan B causes abortions, which a devout corporation (?!) like Hobby Lobby shouldn’t have to pay for.

We’re all entitled to our own religious beliefs, but we’re not entitled to our own set of facts. Someone should have taken Hobby Lobby aside a long time ago and said, “Relax, these forms of birth control don’t cause abortions. Go back to selling silk flowers and glue guns, secure in the knowledge that you are not underwriting any form of abortion.” Don’t they have lower courts for that?