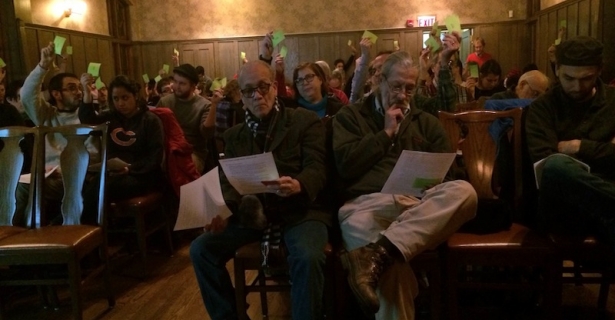 If a socialist can win an election in Seattle, why not Chicago? That was the spirit at the University of Illinois-Chicago’s Jane Addams Hull House Museum on Wednesday night, where close to 100 Chicagoans gathered for the founding meeting of the Chicago Socialist Campaign.

Drawing on the example of Seattle’s Kshama Sawant—who in November became the first socialist in recent memory elected to a city council—the campaign seeks to run a socialist candidate for alderman in Chicago’s 2015 city council race. Activists also plan to use the electoral effort to amplify the demands of popular movements in Chicago, such as the call for a $15 minimum wage.

The January 22 meeting drew members of several socialist organizations—including Solidarity, Socialist Alternative and the International Socialist Organization—as well as members of community organizations and unions, such as Chicago Teachers Union, AFSCME and Service Employees International Union. Overall, the mood was hopeful. Shaun Harkin, a member of ISO, called the campaign “an exciting opportunity,” and his sentiment appeared to be shared by an ebullient crowd.

Inspired by Sawant’s victory, Chicago organizers first held an impromptu meeting last month to gauge interest in a similar effort in the Windy City. They emerged with a vision statement that calls for building a “people-centered” movement to “make real and lasting change” to the system.

Barbara Ehrenreich on Feminism, the Occupy Movement and More 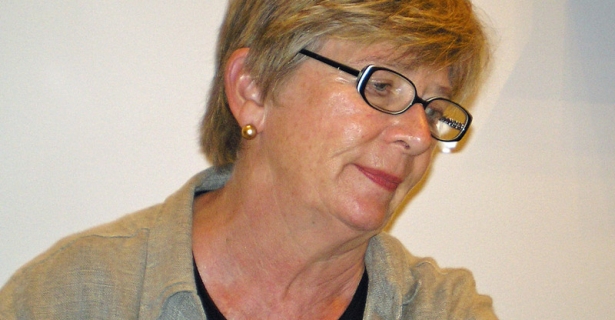 Back in August, writer and investigative journalist Barbara Ehrenreich spoke at a fundraiser to save the Lamont Street Collective, a cooperative living house that has existed for nearly 40 years in the traditionally mixed-income, mixed-race neighborhood of Mount Pleasant in Washington, D.C.

Mount Pleasant has long served as a lefty enclave in D.C.’s political scene. But its rich history is being threatened by a flood of rich Washingtonians moving into the neighborhood. As the Lamont Street Collective’s landlords attempt to sell the house, the battle to save it has become emblematic of the neighborhood’s broader resistance to gentrification. On August 15, Ehrenreich appeared at the event to show her solidarity. Amid demonstrating support for the co-op, Ehrenreich spoke about feminism, inequality and what she sees as the future of the progressive movement. Walker Bristol transcribed her remarks.

In Defense of ‘The Myth’

Melvyn Dubofsky’s generally snarky comparison of my narrowly focused and matter-of-fact The Myth of Li​beral Ascendancy with Ira Katznelson’s expansive and colorful Fear Itself distorts my work in several egregious ways. 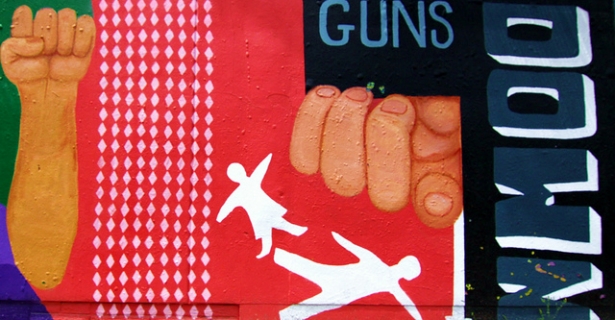 A mural in Chicago's Pilsen neighborhood calling for an end to violence.
(Duncan/Flickr/Creative Commons)

Conservatives, led by O'Reilly, Drudge, and Malkin, callously used Chicago crime to attack President Obama and push back against his support for stronger gun laws. Pointing out that Obama's hometown is Chicago and his former chief of staff, Rahm Emanuel, is the city's mayor, they frequently highlighted the fact that the city struggled with well-publicized gang shootings despite some of the tightest laws in the country. The right tagged Chicago as a gun control test case and deemed it a miserable failure. (Fox contributor Katie Pavlich: "Slaughter in Gun Control Chicago").

In Chicago, the War Is Far From Over, Says Documentary 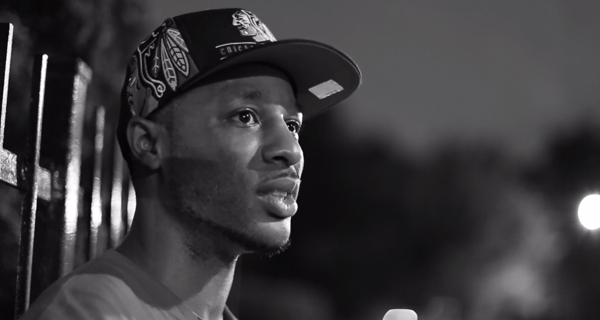 A recent documentary gives Chicago residents the chance to speak out directly about the city's violence.
(Will Robson-Scott / Chi Raq /Protein TV)

So opens Will Robson-Scott's 13-minute documentary short “Chi Raq”, a meditation on the violence and poverty that has wracked Chicago for years. Filmed in black and white, many of the lingering shots of the city and its inhabitants could stand alone as haunting portraits of a community left behind by politicians and half-hearted philanthropists.

Without the intrusion of any narrator, the subjects of "Chi Raq" stand before a camera—some with remorse, some with frustration or nihilism—to publicly address the danger prevalent on the streets of their neighborhoods. Through this intimacy, the viewer begins to see them as people whose narrative perspectives should be at the forefront of local policy-makers' discussions.

Discovering a Black Man Having a Heart Attack on the Sidewalk 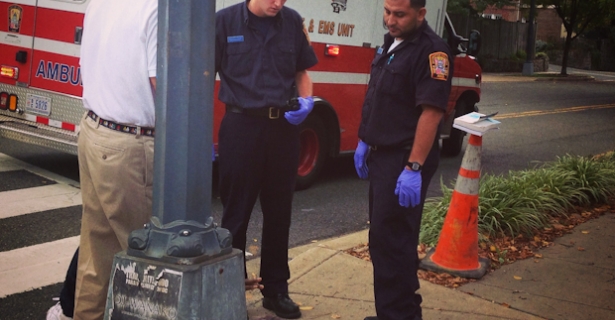 At the scene of the heart attack, the man is assisted by paramedics. (Mike Elk)

Earlier this month, a terrifying event occurred that made me wonder if I had been lying to myself about something important.

As a Jew, I've always prided myself on my family and people's traditions on being progressive about matters of race. Indeed, my father, a very dark-skinned Jew who was once called the n-word by a scab trying to break through a picket line in the 1980s, insisted that I attend the last high school in America still under federal integration order—Woodland Hills High School in Pittsburgh, Pa. There, I was schooled at a young age in the literature of Zora Neale Hurston, Ralph Ellison and James Baldwin.

In some ways, being around black culture saved me as I grew up struggling with depression. Heck, at my 10th birthday party, only black kids showed up. I was an awkward kid with Asperger's Syndrome who was intensely bullied, and it seemed when I was young that the members of the African-American community in our working-class Pittsburgh school were more accepting than my white classmates of a very weird Jew like me. It was like they knew what it was like to feel different from everyone else.

Eventually, as I got older and grew into elite circles of academia and intelligentsia, my circle of friends became dramatically whiter. Still, I always thought of myself as being a dedicated anti-racist. But discovering a black man having a heart attack a few weeks ago made me wonder if I had been lying to myself all along. 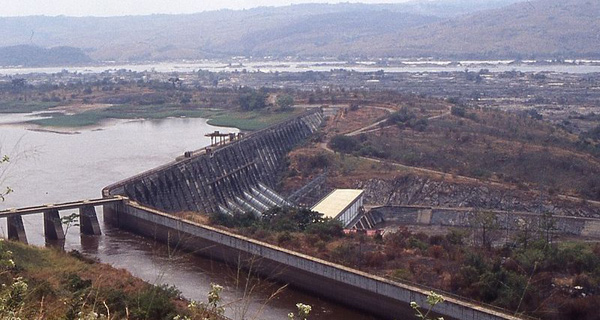 Despite the devastating impact that the two existing Inga dams have had on the people and wildlife of the Congo, the World Bank still plans to fund a third—in addition to several other mega-dam projects. (AlainDG / Wikimedia Commons)

In the September issue of World Rivers Review, Peter Bosshard reports that the World Bank, that bastion of neoliberal development policy run by a U.S.-nominated president, has declared that it will again fund enormous dam construction projects in developing countries. The World Bank elected to forgo "nearly two decades of caution" to pour billions of dollars into a new generation of "mega-dams," concentrating on projects in the Congo, the Himalayas and the Zambezi Basin.

According to Bosshard, these mega-dams have proved disastrous in the past for the people and wildlife living around them. He points out: 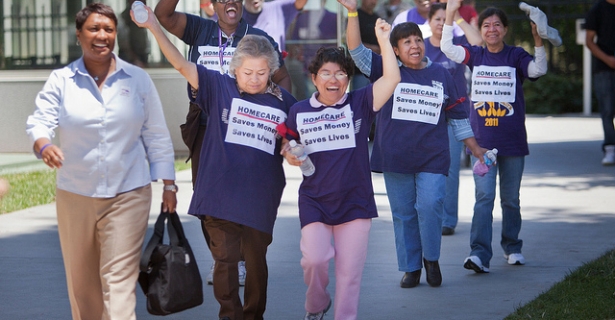 Home care workers at an SEIU rally in Sacramento back in 2012. (Robert Durell / Flickr)

Nearly two million American workers will now be covered by federal minimum wage and overtime protections, thanks to a rule change announced by the U.S. Department of Labor on Tuesday. Home care workers, who provide in-home care for the elderly and disabled, often fill jobs like personal-aide, home-health aide or certified nursing assistant. Home care is a rapidly growing occupation, fueled by demand from an aging baby boomer generation that wants to keep living at home for longer. The Department of Labor estimates the number of workers in this industry will grow by almost 70 percent in the next decade. 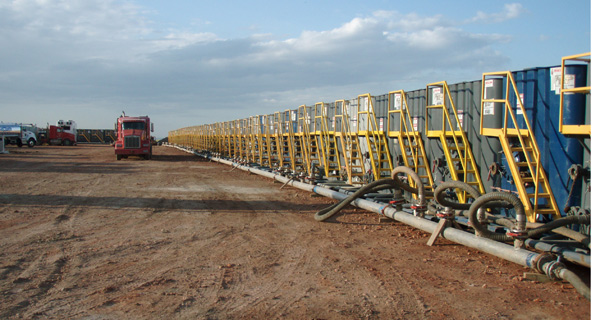 At Fair.org, Emily Masters points out a possible conflict of interest at the much-beloved-by-liberals Public Radio International (PRI) around the fracking reporting. Specifically, PRI's monthly program America Abroad Media, sponsored in part by ExxonMobile and Chevron, spent an entire segment expounding upon the benefits of fracking as a "bridge to the future."
From Fair.org: 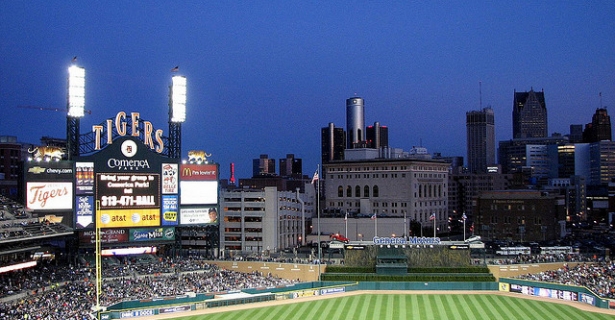 As eulogists across the country speculate on how much money bankrupt Detroit can make by selling off everything from Diego Rivera’s famous mural of a socialist utopian auto industry to the original Howdy Doody doll, it appears that at least one part of the Motor City won’t end up on the auction block: its hockey arena. In fact, it looks like “Hockeytown's” Red Wings—that is to say, billionaire owner Mike Ilitch, of Caesar’s Pizza fame—will be the recipient of a brand new, $450 million sports arena, nearly half of which will be paid for publicly with tax dollars.

Tax dollars for a sports stadium? In bankrupt Detroit? That is some impressive fuzzy math indeed. Because if there’s one thing that both progressives and free market conservatives have repeatedly agreed upon, it’s that urban development through the tax-funded construction of privately-owned sports stadiums just doesn’t work. And it won’t this time around, either.