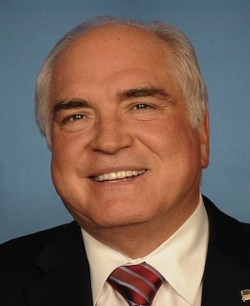 According to a new report by the Washington Post, 73 members of Congress, belonging to both parties, have either sponsored or cosponsored legislation in recent years from which they or their families could profit. Congressional ethic rules--written by Congress for itself--only require lawmakers to disclose potential conflicts of interest when they are the sole beneficiaries, not when their actions could benefit their families. Moreover, the Congressional ethics rules require only disclosure, not divestment, unlike standards Congress has written for the executive branch.

A California congressman [Democrat Dennis Cardoza, now out of office] helped secure tax breaks for racehorse owners—then purchased seven horses for himself when the new rules kicked in.

A Wyoming congresswoman [Republican Cynthia M. Lummis] co-sponsored legislation to double the life span of federal grazing permits that ranchers such as her husband rely on to feed cattle.

And a Pennsylvania congressman [Republican Mike Kelly] co-sponsored a natural gas bill as Exxon Mobil negotiated a deal that paid millions for his wife’s shares in two natural gas companies founded by her great-great-grandfather.

In interviews with the Post, ethics experts called for Congress to reform its rules:

Harvard public policy professor Dennis Thompson said lawmakers should refrain from having narrowly focused legislative agendas that align with their personal investments. Disclosure should also be broadened, he said, so the public is notified by a lawmaker of potential conflicts at the time they are taking official actions, including when bills are introduced.

“Ethics rules are supposed to make things clear and transparent,” Thompson said. “They should not require the public or the media to go digging around to make the connections.”

The legislators, in interviews and through spokesmen, said they saw no conflicts between their legislative actions and holdings. They added that they have a duty to advocate for their constituents, even when those interests align with their own.