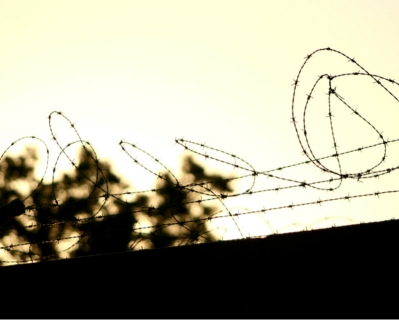 The 'cocaine mom' law, which protects fetuses and incarcerates women, has been adapted in several states, including Wisconsin, Oklahoma and Minnesota.   (Edward Corpuz/Flickr)

A Wisconsin woman jailed under a so-called “cocaine mom” law is at the center of a soon-to-be-filed civil rights lawsuit. Tamara Loertscher was summoned to court and jailed for refusing to attend an inpatient drug treatment program. Loertscher and her attorneys say officials initiated unborn child protection proceedings against her for alleged illegal drug use while she was 14 weeks pregnant.

As Jessica Mason Pieklo reports at RH Reality Check, Loertscher says she had been using drugs to self-medicate for a thyroid condition because she did not have insurance but stopped using the drugs because she believed she could be pregnant. In July 2014 she sought medical care for her thyroid condition as well as for depression. After submitting to a urine test she disclosed her past drug use to hospital staff.

Loertscher and her attorneys claim that within days of Loertscher seeking care, hospital workers had already turned over Loerstcher’s hospital records to the state without Loerstcher’s knowledge or consent. They also claim that with those records in hand, state officials filed a petition accusing Loerstcher of abuse of an unborn child and held a hearing in which the state had appointed an attorney, known as a guardian ad litem, for the 14-week-old fetus, but granted Loerstcher no meaningful representation.

At the hearing, Loertscher and her attorneys allege she was ordered by the court into in-patient treatment even though she had not used drugs recently and voluntarily sought medical care. When Loerstcher refused to go to in-patient treatment, she was held in contempt of court and sent to jail, where she was held for 17 days without prenatal care and subject to abuse and harassment. Continue reading..

Inside jail, Loerstcher says she was sent to solitary confinement after refusing to undergo another pregnancy test. As Jessica Glenza reports in The Guardian, Loerstcher was jailed under a Wisconsin law dating back to the 1990s which extended the protections of the children's code to “unborn children" defined "as unborn humans who are at that stage of fetal development when there is a reasonable likelihood of sustained survival outside the womb, with or without artificial support.”

Wisconsin Act 292, known as the "cocaine mom" law, extends the court’s juvenile jurisdiction to include “fertilized eggs, embryos, and pregnant women at all stages of pregnancy where the pregnant woman ‘habitually lacks self-control’ in the use of alcohol or controlled substances ‘to a severe degree’ such that there is a ‘substantial risk’ that the health of the egg, embryo, fetus, or child upon birth will be ‘seriously affected.’”

In effect, Act 292 grants “personhood” rights to fertilized eggs and embryos by granting the state power to initiate child protective actions against the expectant mother anytime the state believes she has substance use issues that will “seriously affect” the health of the egg, embryo, fetus, or child.

Under Act 292 Wisconsin officials have broad authority to arrest and detain the expectant mother for up to the duration of her pregnancy and can appoint an attorney, known as a guardian ad litem to represent the best interests of the “unborn child,” like they allegedly did in Loerstcher’s case. But because the law empowers the state to act through the juvenile courts rather than the criminal courts, much of the proceedings and findings are sealed. Continue reading...

In order to be released from jail Loertscher had to sign a consent decree, agreeing to submit to further drug testing. Shortly after her release she received notice that the state had found that she had engaged in child abuse, a finding that would leave her unable to continue in her work as a nurse's aid.

Wisconsin is one of several states with laws that allow the state to take legal action against pregnant women on behalf of fetuses. Most recently Tennessee passed a law that criminalizes drug use while pregnant.

Supporters of such laws argue that using drugs while pregnant is tantamount to child abuse. “It’s the same as abuse of a child after it’s born,” retired Wisconsin representative and co-author of the law Bonnie Ladwig told the New York Times in 2013. “If the mother isn’t smart enough not to do drugs, we’ve got to step in.”

The Wisconsin supreme court struck down a similar law in a split decision in 1997. That law took custody of fetuses (“unborn children”) by detaining pregnant mothers suspected of abusing drugs. Continue reading...