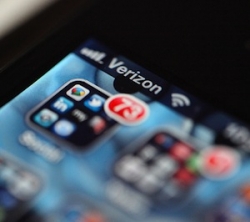 WASHINGTON, D.C.--Thursday, in a move denounced by both consumer and labor advocates, the Department of Justice and the FCC gave approval for Verizon to pair up with Time Warner, Cox, Comcast and Bright House to offer a “quadruple play." The four-way deal will allow Verizon to package cable, internet, landline service and wireless cell service into one bill. The plan will likely appeal to consumers by letting them pay bills in one go--but it will not necessarily be good for their pocketbooks, or for labor.

“By dampening competition, you are stopping the market from disciplining prices, leading to high costs for consumers," says Joel Kelsey of media policy institute Free Press. He notes that T-Mobile's cell-service costs may dip in the short term because the FCC gave the company more spectrum space, as a tradeoff for the competitive advantage the deal provides Verizon. But he still predicts that the deal will lead to a long-term price hike by squelching competition.

The deal will also be bad for workers. The ability of Verizon to package its wireless service with cable will give Verizon less incentive to expand out its own Verizon FiOS high-speed Internet service, which currently employs several thousand workers. About one-third of Verizon's workforce is unionized. Instead, cable infrastructure maintenance work will shift from the partially unionized FiOS workers to Verizon’s partners in the cable industry, which is only 2-4 percent unionized, according to CWA estimates.

“They won’t have a reason to expand FIOS much more,” says Verizon worker and International Brotherhood of Electrical Workers Local 2323 member Eddie Blackburn. “We are going to see less work. It’s definitely not a good thing for us.”

“For communities like Baltimore, Boston, Buffalo, cities across upstate New York and most of Pennsylvania, Maryland, Massachusetts, Delaware, and Virginia, there will be no high-speed Internet competition—none,” said CWA spokesperson Candice Johnson. “Not only have regulators lost their focus on competition, but they again show that jobs get no consideration in telecommunications policy. Without incentives or direction for Verizon to continue to build out FiOS, thousands of good-paying jobs will be lost.”

The “quadruple play” deal will likely force CWA to expand its organizing attempts in the heavily non-union cable industry. This past year, CWA has achieve a number of breakthroughs in organizing Cablevision in New York City, after being unable to organize any workers there for several years (as In These Times covered in July). CWA hopes to use its toehold in Cablevision to organize the rest of the cable industry.

That industry, however, still poses significant organizing challenges. As one Comcast worker recently told me, “You mention the word union and they start firing.”