Lena Dunham Decides People Should Be Paid for Their Work 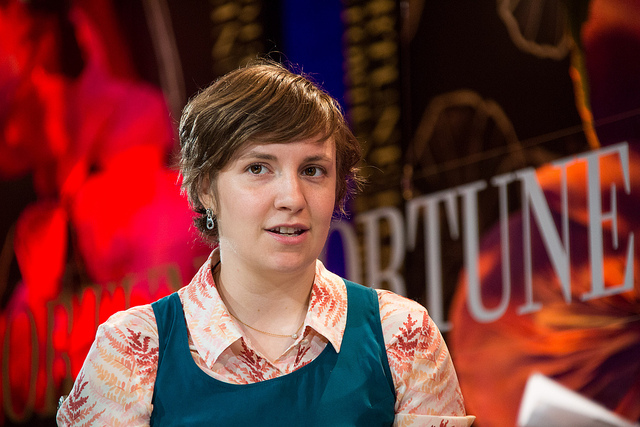 Lena Dunham is the creator of GIRLS, and her character on the show, Hannah, considers herself the voice of a generation—a generation which, its spokesperson surely already knows, is underemployed, overeducated, crushed with debt, and generally in need of some work. Work that pays, in particular.

So it was a bit strange that a recent New York Times piece revealed that Dunham was about to hire several performers to work for her, and she wasn't going to pay them.

The article mentioned in passing that for Dunham's upcoming tour for her new book, Not That Kind of Girl (for which she was paid an advance of $3.7 million), she opened up auditions for the tour. Dunham received over 600 submissions, from a wide cast of characters that included a "sand artist, a ukulele player, a cappella singers, gymnasts, performance artists and stand-up comics, even some exceptionally charismatic babies."

The Times described the event as "more like a roving Burning Man festival than a sober, meet-the-author literary event." Which is a pretty apt description, since no money exchanges hands at Burning Man, and Lena Dunham was not planning on exchanging any money with her performers.

Gawker's Hamilton Nolan zeroed in on four words in the piece: "performing free of charge." As in, the performers opening up for Dunham would not be paid.

Why did someone who just got paid $3.7 million for a book think it was okay not to pay people performing for working during a tour dedicated to selling that book? After the negative attention reached a fever pitch, late this afternoon, Dunham wisely reversed her decision and agreed to pay the openers.

In the grand scheme of things, Dunham's initial refusal to pay performers represents a drop in the bucket of wages stolen from workers around the country. For example, the Economic Policy Institute has estimated that $19 billion is stolen from workers in overtime alone annually. But these are bleak times for American workers, particularly those of Dunham's generation. In this case, a few performers won't be settling just for "exposure" and "prestige" on Dunham's upcoming book tour, and that's a good thing.